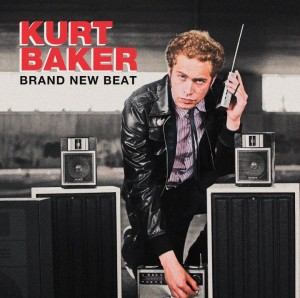 Following a couple of EP releases, Kurt Baker unleashed a genre classic in his first solo LP. Taking heavy cues from The Nerves, The Rubinoos, The Records and Joe Jackson, ‘Brand New Beat’ is a glorious love letter to the early 80s, to power pop and radio-friendly choruses. A record that holds up every bit as well as the classics from Baker’s skinny-tie wearing influences. 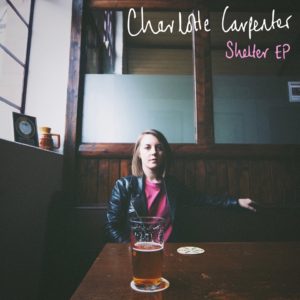 Charlotte’s ‘Shelter’ EP continued from where her previous release left off, but sharpened up the young singer-songwriter’s talents on four dark and personal songs that showcased a great vocal and even greater retro guitar sound. A must hear.

THE RADIO BUZZKILLS – Get Fired!

Pop punk tends to come in a fairly predictable package. Generally, if it doesn’t sound like an identi-kit Ramoes or ‘Dookie’ era Green Day, it sounds like a slightly noisier take – as per Screeching Weasel – or their Euro cousins The Apers and Manges. St. Louis punkers The Radio Buzzkills poured all of their love of Screeching Weasel into this full length and with great playing, greater choruses and Dave Parasite’s studio know-how, they delivered a punk disc that could go toe to toe with many of the genre’s best.

By 2014, Real Gone had gained a reputation for detailed and professional metal coverage. This second album by then new-ish band Black Moth remains one of the very best metal records not only to grace our inbox, but one of the best by a British metal act. In Harriet Bevan, the band showcased one of the finest voices to break through in a while and simply put, ‘Condemned To Hope’ is unmissable. In a world swamped with so many similar albums, Black Moth really stood out with this fantastic collection of stoner metal grooves. Highly recommended if you still love Kyuss, Fu Manchu etc. In 2019, Black Moth announced an “indefinite hiatus”. We might never recover…

PAINS OF BEING PURE AT HEART – Belong

The US has churned out a lot of very 90s sounding indie-pop, but few have captured the opposing blend of sunshine and introspection as well as these guys. Their second long player ‘Belong’ sounds like a musical buried treasure from two decades earlier. You’ll find traces of The Cure, bits of Mercury Rev and a whole world of twee pop joining forces and each listen is a joy. 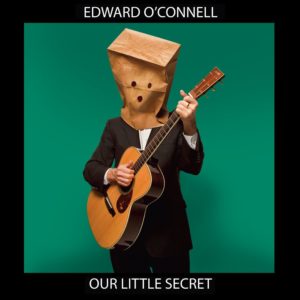 There are a million unheralded singer-songwriters out there and in terms of oft-overlooked talents, Edward is among the best. Both of his albums show off an old soul with personal songs dressed in rich musical clothes, borrowed from Nick Lowe, Tom Petty, Pete Droge and the ghosts of The Traveling Wilburys. We can’t choose between his albums, so we’d advise you seek out both of ’em.

They Might Be Giants are the poster boys for “band that divides opinion”. If you don’t like them, chances are you find them annoying. If you do like them but aren’t in the right headspace, chances are you find them annoying. With a big, warmer sound and at least a half dozen cuts that’ll create endless earworms, –-‘s ‘Nanobots’ is one of their best ever albums. It’s their best since ‘Apollo’ and as good as ‘Flood’.

Ignore the “No Jon Anderson = No Yes” numpties – ‘Fly From Here’ is a great album. Sure, some of it might have been fashioned from previously rejected ideas (some dating back to 1980), but as a whole, the album really works. The epic title track brings lots of musical interest and a couple of the other tracks show how Yes work at their best when allowing room for a chorus hook to emerge.

Neither folk or country music are particularly big players on the Real Gone HQ stereo, but there’s something special about Worry Dolls. Between the harmonies conjured by Zoe Nicol and Rosie Jones, great songs and even more interesting, intricate arrangements, ‘Go Get Gone’ kept us listening. …And pretty much everyone we’ve introduced to the album has loved it too. We’ve since backtracked and found a copy of Zoe Nichol’s DIY release ‘These Are The Stories’ and had almost as much pleasure from spinning that semi-regularly.

THE FIERCE AND THE DEAD – The Euphoric 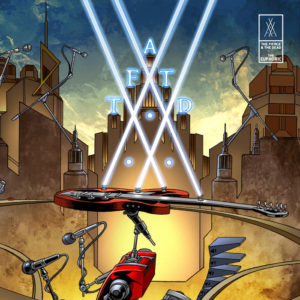 Over the last couple of years, instrumental powerhouse The Fierce And The Dead have become firm favourites at Real Gone. Often featured in Prog magazine, to cries of “but they’re not prog” by sixty year old men who only listen to Yes and Pink Floyd, this British band have become the very definition of cult. Metal riffs collide with jazzy, tinkling lead guitar parts; grinding bass noises power music with a stoner-ish darkness. It shouldn’t work, but it does…and in ‘The Euphoric’, the band managed to release their most commercial album to date…without doing anything vaguely commercial. [An interview with Matt and Kev can also be found here.]

FERRIS & SYLVESTER – Made In Streatham

Two musicians with Americana hearts and radio-pop brains, an obsession with yellow and a truckload of charm, Ferris & Sylvester seem as likely a fit with Real Gone as Worry Dolls on the surface. However, we like to keep a broad musical church and if we like it, we like it. This release deserved to be massive as it’s commercial enough to fit any playlist with a mixed audience and F&S’s best songs display such a timeless appeal, it’s impossible not to get swept up in their enthusiasm. 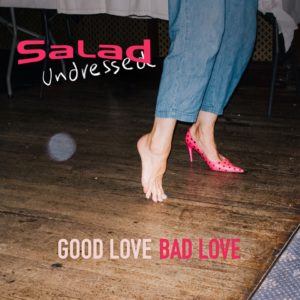 Nineties heroes Salad made a full blown return in 2018, but prior to that, vocalist Marijne van der Vlugt and guitarist Paul Kennedy appeared on the live circuit as as duo Salad Undressed. Entering the studio with friends, ‘Good Love Bad Love’ gave fans a full electric record, every bit as good as Salad’s best work. Better even. In ‘Evergreen’, they offered their finest ever melodic pop and ‘Relationship Dust’ showed their tongue-in-cheek humour hadn’t subsided.

There were two Buddy Holly tributes issued in 2011. The official one, ‘Listen To Me’, was okay for what it was, though perhaps a little safe in its reliance on appealing to the adult pop market with contributions from Linda Ronstadt, Jackson Browne and Chris Isaak. This “unofficial” one was far more interesting. It’s disregard for whether the covers worked or were respectable created something that was far more entertaining. You got to hear Lou Reed trashing ‘Peggy Sue’, Julian Casablancas drowning ‘Rave On’ in distortion. Of course, there was a lot of genuinely great stuff that didn’t try so hard to be obtuse; exclusive cuts from She & Him, Jenny O., Florence + The Machine and…even Cee Lo Green made this worth more than the price of admission. This is every bit as good as any other rock-oriented tribute album you’d care to name. Even with a hit and miss nature, it almost seems indispensable…and seems to get better with age.

King Black Acid made an unexpected return in 2017 with ‘Twin Flames’. Taking indie rock, dark Americana and prog roots, this release is a very atmospheric treat. Despite a world of retro influences, KBA somehow sounded more than a musical throwback, too. ‘Twin Flames’ is at once heart swelling and really maudlin, but with some really strong melodies and great playing, its appeal hasn’t really weakened.

The second album by The Dead Exs doesn’t do anything different to their debut, but for fans of garage blues, it was a record that was full of excitement. Furious slide guitar work, a world of distortion pedals and impassioned vocals throughout made this the real deal. One listen and you’d wonder how The Black Keys got all the attention.

The coming together of Jack White’s mates The Greenhornes and one-time Animals front man Eric Burdon was always going to be interesting. Few could have predicted how angry their one and only EP would have turned out, though. The first three tracks of this release present some really fiery playing from the band, which combined with Burdon’s obtuse delivery results in music that sounds great when played loudly. Unfortunately, the broad racism of the fourth track – snake charmer music and xenopobic lyrics regarding an Arabic cab driver – should have remained on the cutting room floor. We’re determined not to let that overshadow the rest. Sometimes, skip buttons are very handy things…

Dead Exs frontman David Pattillo began to moonlight as Strange Majik not long after the release of ‘Relovolution’. While the first Majik LP featured a whole world of guest vocalists and a few rap/soul tracks, ‘Raised On Rock ‘n’ Roll’ was much closer to something his fans expected. This album is a joyous and unapologetic tribute to rock, pop and soul from the 70s and plays like a deep voyage through one man’s record collection. You’ll have as much enjoyment listening as Strange Majik surely did when making it.

Okay, so there’s nothing especially original about Watts. Nothing at all. Originality isn’t everything of course; quite often, musical thrills come from experiencing bands playing with utter conviction. This is certainly one of those times. Watts had improved between their first and second records, but this third LP represented a massive leap in quality. Their Stones-obsessed bar room rock comes louder, dirtier and uglier than before and with at least four career defining tracks, it’s a record we’ve continued to enjoy long after release. Chances are, you’ve still not heard it. There’s never a better time than right now. 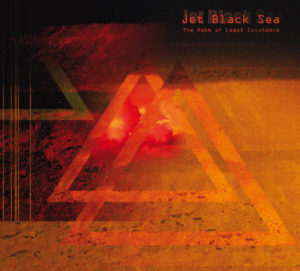 Okay, if you fancy quibbling over terms, there’s no way this could be considered a deep cut as it’s likely to appear somewhere on a lot of “best of lists”, but there’s no way the brilliance of this album could be overlooked. Released less than a week before David’s death, ‘Blackstar’ is the ultimate goodbye; a man looking back, but unafraid of death. The album is full of hidden messages about mortality and the music, too, sometimes carries a twisted darkness. It’s certainly a work showing a man unafraid of alienating his fans, a man doing exactly what he feels is necessary in that moment. It’s unlike anything Bowie had recorded before and all the better for that.