As a band, The Fierce And The Dead have never been shy of evolving. From their noisiest post rock origins, they slowly grew into a melodic juggernaut, mixing heavy grooves and progressive textures on their third album ‘The Euphoric’.

There’s growth and re-invention, and then there’s genre-fluid, which is certainly where the band found themselves during the writing and recording of their fourth LP.  Fans got a taste of the “new” Fierce/Dead in May 2022 when the ‘Wonderful’ single appeared on Bandcamp and other streaming services. For the first time, the band shared something song-based with a strong vocal, and for many, that was the biggest change. However, things had also taken an unexpected turn musically with a world of post-punk riffs colliding with the prog-ish experimentation.

END_OF_DOCUMENT_TOKEN_TO_BE_REPLACED 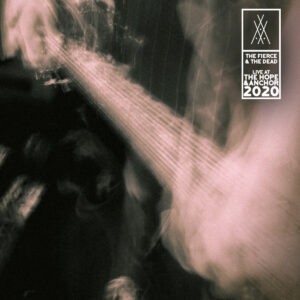 END_OF_DOCUMENT_TOKEN_TO_BE_REPLACED

UK post-rock band The Fierce And The Dead have made some fine recordings over the past few years, but as the fans know, it’s in the live setting they really start making their most impressive noises.  Two live recordings sourced from festivals are available already (2017’s ‘Field Recordings’ and 2019’s fantastic ‘Live USA 17’), but on 1st May 2020, the band will complete a live trilogy with a download only release, ‘Show Me Devon: Live At Kozfest’.

Guitarist Matt Stevens calls the recording a record of “…a very special gig.”