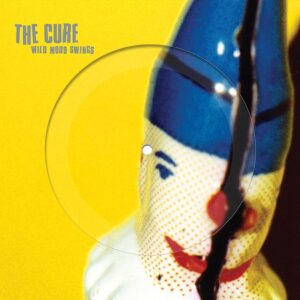 Following their huge selling ‘Wish’ LP – something of a fan favourite – The Cure took a dramatic left turn on the follow up ‘Wild Mood Swings’. The album’s melodies were far more arty, Robert Smith delivered most of the vocals as if he were in the worst mood ever and a few bright spots aside, it often felt like the most difficult Cure album since the ‘The Top’ all the way back in 1984. Nevertheless, it has its champions within the fan base and it looks really smart as a picture disc. Limited to 3000 copies. [Expect to pay £35]

This Australian radio broadcast from 1980 previously appeared on CD as part of the ‘End of a Century’ super deluxe box set, but this RSD release makes it available on vinyl for the first time. As a promotional tool for ‘End of A Century’, the band hammer through various numbers from the LP along with various classics. With 23 songs squeezed onto two sides of black plastic, this is Ramones at somewhere near their hard and fast best. [Expect to pay £29-£34]

In 1971, Dr. John’s music began to take a slightly more commercial turn and ‘The Sun, Moon & Herbs’ blended his voodoo blues with some finely executed R&B to create a career defining statement. Unavailable on vinyl for many years, this heavyweight repress will be a welcome addition to your collection. [Expect to pay £34-£38] 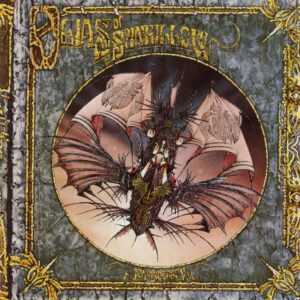 At the beginning of 2021, Jon Anderson’s solo debut was reissued as a deluxe double CD/DVD set, including a new 5.1 surround mix. For vinyl fans, Esoteric Recordings are offering fans an opportunity to replace their much loved, worn out 70s vinyl copies with a limited 180g pressing, especially for RSD. Although advertised as “strictly limited”, no number has actually been given, but you should expect these to disappear fairly quickly. [Expect to pay £34-£37]

Lou Reed’s solo career was the ultimate in hit and miss. For everything great, he’d put out a few average records and one terrible one. 1996’s ‘Set The Twilight Reeling’ joins ‘New York’ and ‘Transformer’ as one of the essentials, and this RSD release marks its first ever vinyl edition. Presented as a heavyweight 2LP set with an etched fourth side, it gives a fine LP the kind of send off it deserves. [Expect to pay £40]

MR BIG – Lean Into It

Along with Guns N’ Roses’ ‘Use Your Illusion I + II’ and Metallica’s self titled black album, Mr. Big’s second album became part of the essential pre-grunge soundtrack of 1991. The melodic rock giants’ second album spawned the classic ‘Green Tinted Sixties Mind’ and the hugely career defining ‘Lucky This Time’, written by Jeff Paris. It also gave them the million selling hit ‘To Be With You’, a tune unrepresentative of their best work but nevertheless helped expand their fan base. Limited to just 1000 copies, this new pressing comes on white vinyl. [Expect to pay £38-£42]

JERRY DAMMERS – At The Home Organ 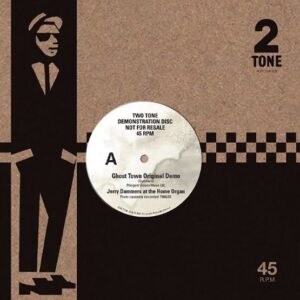 Surely a must for all 2-Tone obsessives, this 10” single features two home demos of ‘Ghost Town’ and ‘The Boiler’ performed by writer Jerry Dammers at the organ. An intimate glimpse into a work in progress, two dark classics promise to be even more harrowing when heard as basic cassette demos. Presented on a 10” vinyl in custom 2-Tone sleeve. [Expect to pay £25]

Earlier in 2021, CSN&Y’s peerless ‘Deja Vu’ was treated to a multi-disc 50th anniversary edition which expanded the original release considerably with several discs’ worth of unreleased demos and alternate takes. A treat for vinyl fans, this RSD release recreates the original album using the best of the alternate versions from the box set. Limited to 10,000 copies worldwide. [Expect to pay £35-£40]

In addition to all of this, we still think The Selecter’s ‘Live In Coventry’ should be one of the day’s priority purchases. Originally slated for Drop 1 in June but somewhat delayed, the LP release is now very much a highlight for the second event.

As always, if you’re heading out, we wish you happy hunting!