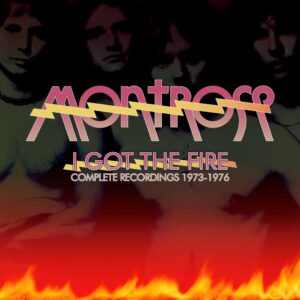 Back in May 2017, Real Gone launched “The Great 70s Project”, a ten week exploration of a classic decade’s worth of music.  By side-stepping a couple of the obvious hits and digging deeper into back-catalogue albums, we were able to present a very broad look at the albums of the era and it became one of the site’s most popular features.

A long time in the planning, we’re pleased to present The Great 80s Project, a similar exploration of the decade that brought us a multitude of synth-pop, shiny tunes, bright colours, Live Aid and a handful of stadium giants.

END_OF_DOCUMENT_TOKEN_TO_BE_REPLACED

Between leaving Montrose in 1975 and joining Van Halen a decade later, Sammy Hagar was a busy man. During that decade he embarked upon a solo career whereby he released eight studio albums and two live albums, as well as a collaboration with Neal Schon, Kenny Aaronson and Mike Shreive (released as HSAS: ‘Through The Fire’).

A great deal of this work represents quantity over quality as far as I’m concerned.Most of those studio albums contain three or four really great numbers, bolstered by approx half a dozen dispensable ones to bring things up to album length.1977’s ‘Musical Chairs’ doesn’t even stretch that far. After the opening good times of ‘Turn Up The Music’, most of what follows is lacklustre; even a deliberate attempt to rock during ‘Reckless’ feels a little flat, due to an over-reliance of Alan Fitzgerald’s organ, played like a limp Jon Lord. (It’s also worth mentioning that any decent material from fan favourite ‘Danger Zone’ [1980] is killed by a really flat production job from Geoff Workman).

Among Sammy’s pre-VH solo work though, you’ll find one genuine gem.1979’s ‘Street Machine’ is a solid offering which no fan of late 70s hard rock should be without.The Red Rocker and his band are firing on all six here right from the opening number, the simple boogie-rocker ‘Growing Pains’.The no-nonsense rock vibe carries through ‘Trans Am (Highway Wonderland)’, where the rhythm section of Chuck Ruff (drums) and bassist Bill Church (who’d previously worked with Hagar in Montrose) are the real stars.Chuck’s drumming style is very natural; he knows how to rock out, but never in a way which upstages Hagar.Bill Church’s bass style here – and throughout ‘Street Machine’ generally – is solid.He could be compared to a hard rock John McVie: you know the style, a firm anchor – plodding but never dull.

‘This Planet’s on Fire’ (one of the album’s better known numbers) is a full-on rocker, driven by Gary Pihl’s circular riff on lead guitar.He also gets to turn in a fairly hard edged solo – this will undoubtedly be one of the standout tracks for those wanting Sammy and co to rock in the way that Montrose’s ‘Bad Motor Scooter’ and ‘Space Station #5’ had previously.The ballad ‘Child to Man’ offers one of Hagar’s strongest performances, but it’s Gary Pihl’s guitar touches which makes it so memorable.Its subtle bluesy notes compliment Hagar’s voice perfectly.Also more reflective, ‘Never Say Die’ provides another standout.Here, Hagar and the whole band are at their absolute strongest: Sammy’s voice retains its hard rock qualities but he sings like a man who’s been let down, his voice showing a passionate side not quite so evident elsewhere.

Musically, ‘Plain Jane’ is a decent slice of 70s power pop, matching handclaps and a singalong element with hard rock guitars, reminiscent of work by Rick Derringer on his ‘Face To Face’ LP (recorded at a similar time).Hagar’s voice though remains hard and a little husky, so it’s likely this’ll always be far more associated with the hard rock tag.

The rest of the album’s material also passes muster. ‘Wounded In Love’ and ‘Feels Like Love’ both offer decent mid-paced rock stompers; ‘Falling In Love’, driven by ringing guitars features backing vocals by Boston members Brad Delp, Barry Goudreau and Sib Hashain giving it a slightly overblown late 70s vibe and ‘Straight To The Top’ is a fun workout with more than a nod to fifties style rock ‘n’ roll.

The difference in quality between ‘Street Machine’ and any of Sammy’s previous solo albums is astounding. Although Hagar’s best solo albums wouldn’t appear until sometime later (1987’s self-titled album, aka ‘I Never Said Goodbye’ and 1997’s ‘Marching To Mars’), ‘Street Machine’ – like the Montrose debut – does a decent job in highlighting why Hagar was a hero to US rock fans a long time before his alliance with Van Halen.