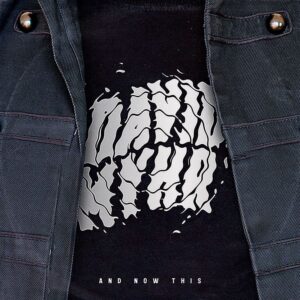 Within about three seconds of hearing the chiming guitars that kick off ‘We Wanted To Shine’, there’s a feeling of being left in very safe hands. The tones are, perhaps, a little more 60s oriented than the bulk of David’s previous work, but as the tune progresses with a solid jangle, some fine harmonies and a simple hook, it quickly becomes classic Myhr. The chorus is one of those you’ll only need to hear twice before it sticks. It’s simple, yet rich, and coupled with a couple of interludes that sound like ‘No Dice’ era Badfinger meeting ‘My Old, Familiar Friend’ era Brendan Benson, it comes with a near timeless power pop pedigree. ‘Rattled By You’ offers a few phased vocals and a busy rhythm section to stoke up excitement throughout a much punchier tune. Although Myhr’s voice can be heard clearly in the mix and remains recognisable at all times, it’s the kind of tune that pushes aside his shiny pop in favour of something occasionally more reminiscent of the busier tunes by Gigolo Aunts and The Posies. The bassline, in particular, is particularly McCartney-esque with its taut lead sound which, in turn, is well complimented by a drum part on loan from an older indie band. There’s still plenty here for fans of the ‘Soundshine’ LP to enjoy, though, since Myhr’s vocal melodies steer everything back towards timeless power pop in his usual, distinctive style.

Lovers of David’s more AM radio/70s inspired sounds could find an instant favourite in ‘Egyptian Blue’, a number that mixes handclaps, sitar sounds and a grumbling bass with pure pop melodies. By the time the first chorus hits, Myhr’s love of Badfinger becomes really obvious and the combination of old fashioned pop cool an multi-layered vocals calls back to the busier moments of the ‘Lucky Day’ LP. It isn’t anything new, but the ease in which the performers recycle classic pop influences and make it all sound fresh is very impressive. Rounding out the EP, ‘You Spin My World Around’ recycles a few old Lennon/McCartney melodies and a dose of early 70s bubblegum pop to create something that sounds like a lost gem. The marriage of easy vocal, ringing guitars and steady rhythm, again, calls back to the power pop forefathers, and the replacement of the expected guitar solo with a spooky theramin interlude further accentuates a retro kookiness that’s instantly loveable.

It’s amazing to think that four songs as good as these could ever have been considered second tier material or leftovers. Each one of the numbers showcases Myhr’s songwriting in a slightly different way, often managing to sound over-familiar without ever feeling like a quick and lazy rehash of previous work. It goes without saying that if you enjoyed ‘Lucky Day’ (or more likely ‘Soundshine’) you’ll love this EP. It’s a welcome burst of musical sunshine Joining the debut LP from Manchester’s Portable Radio as one of 2021’s most essential power pop offerings, ‘And Now This’ sets a very high benchmark for others to follow.