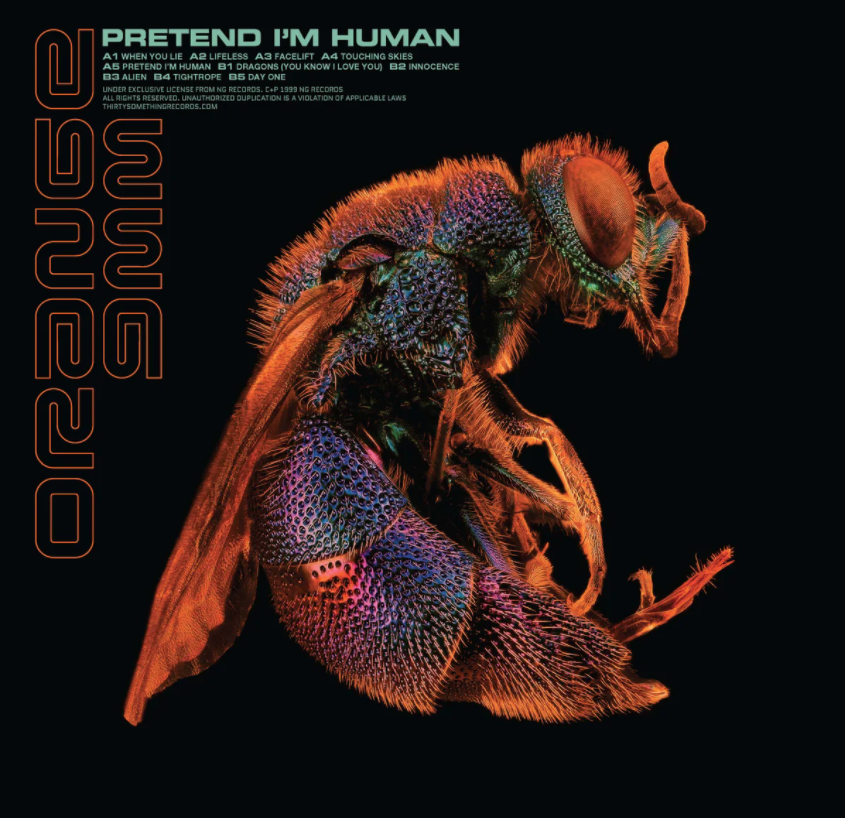 On June 18th, ‘Pretend I’m Human’ will finally be available again. It’ll debut on streaming platforms on that date, but more importantly make its first appearance on vinyl in very limited numbers.

A rare live clip of the band from 1999 will give unfamiliar listeners a good idea of the band’s sound – check it out below.

Full details of the reissue and the all-important pre-order links can be found in the press release which follows.

Berlin-based indie label Thirty Something Records will release ‘Pretend I’m Human,’ the third and final album by legendary New York City post-hardcore band Orange 9mm. Available for the first time in twenty years and for the first time ever on vinyl, cassette tape and digital, the reissue features fully remastered tracks and new artwork and packaging.

The digital release will be available on June 18. Vinyl and cassette pre-orders have launched in the Thirty Something Records online store and via Rev and Deathwish in the U.S.

Albums ship in August 2021. Due to the current situation delays are possible.

A1 When You Lie

B1 Dragons (You Know I Love You)