After living through something that’s felt like a perpetual groundhog day, it’s felt like a long year, to say the very least. In other ways, it really doesn’t feel like it’s been that long since the scramble for David Bowie related items during one of the Record Store Day events of 2020.

This year, the RSD shenannigans are held across two days – 12th June and 17th July – with a varied selection of items available during each event. As always, we can’t tell you where your desired goodies will be stocked or how many copies will be floating around, or give you a definite price (anything quoted below is an educated guess), but we can offer an opinion on what we feel are the year’s coolest collection fillers.

These are our top picks for the June event (RSD Drop 1). 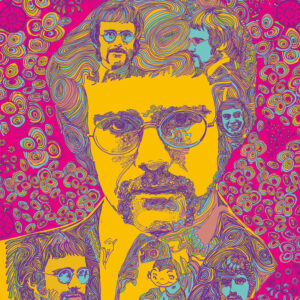 Anybody who’s read Elton’s excellent autobiography ‘Me’ will know that he and Bernie Taupin spent a few years desperately trying to make ends meet as struggling artists. They wrote a truckload of songs that they were hoping others would record, but nothing really came together until Elt decided to record songs himself. Last year gave fans a great insight into that period with three discs’ worth of demos in the lavish box set, but this fills in the final piece of the 60s jigsaw. This vinyl release recreates what would have been Elton’s debut album (as closely as existing tapes allow) had plans not changed at the eleventh hour. Some of the material recycles demos from the ‘Jewel Box’ CD set, but other tracks hint at being final – different – mixes. One song, ‘You’ll Be Sorry To See Me Go’ makes its official debut. Whatever the source of the material, this promises to be a lovely vinyl item. There are currently no confirmed plans for a wider CD and digital release, and since the complete ‘11-7-70’ didn’t materialise on CD after its very limited RSD release, you probably shouldn’t expect this to get one either, unfortunately. [Expect to pay £35-£39]

The Def Leppard ‘Early Years’ CD box set saw so much ‘On Through The Night’ era material released officially for the first time. Almost everything included among the various radio sessions, demos and live material seemed essential for the big Leppard fan. The real highlight of the archive set came with this live show from early 1980 featuring the then young band tearing through their material with gusto. For the keen vinyl buyer, this RSD release isn’t to be missed. [Expect to pay £30-£37] 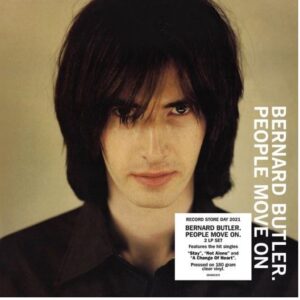 After leaving Suede, guitarist Bernard Butler released a couple of very enjoyable albums. This debut showed how strong a songwriter he could be even without Brett Anderson’s flamboyance and by being a much better singer than Johnny Marr, the performances could more than hold their own within the Bripop pantheon. This vinyl edition comes as a lavish clear vinyl 2LP set. [Expect to pay £30-£35]

For the first time ever, this release collects all of Belly’s b-sides on a 2LP set. As any fan will tell you, much like Suede, Belly are one of those bands whose extra tracks and b-sides were often as good as the album material, so ‘Bees’ is guaranteed to play well in its own right. Pressed on ‘honey coloured’ vinyl, this is a must for any true fan. [Expect to pay £30+]

Kristin Hersh’s ‘Wyatt At The Coyote Palace’ makes its vinyl debut for RSD21. A record previously described as “fractured”, it captures Hersh in raw and heartfelt form. Although fans will already own the CD, this 2LP gold vinyl set looks rather smart. [Expect to pay £32-£37]

This album by The Incredible Bongo Band is a cult classic. It’s included on the ‘1001 Albums You Must Hear Before You Die’ list with good reason. Its mix of funk and rhythmic beats provided a playground for the early DJs and you’ll hear all manner of bits from this release dropped throughout the ground breaking hip-hop albums of the 80s. Although it’s worth owning for the cover of ‘Apache’ alone, the album brings so much more enjoyment. [Expect to pay £25+]

THE SELECTER – Live In Coventry ‘79 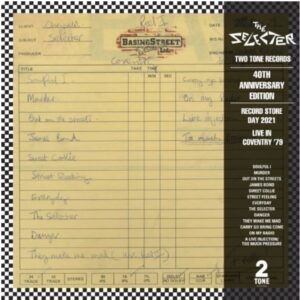 At the end of April, The Selecter’s debut album ‘Too Much Pressure’ is treated to a deluxe 3CD reissue, with all of the relevant singles, b-sides and radio sessions added. It also includes this live set – unreleased in complete form previously. This RSD release gives vinyl fans an opportunity to pick it up on a format most fans would most closely associate with the second wave of ska. [Expect to pay £27-£34]

JOEY RAMONE – Don’t Worry About Me

As suggested by its title, Joey’s first album is tinged with sadness. During the recording sessions, he knew he didn’t have long to live, and the closing cover of ‘What A Wonderful World’ lays on the pathos with a massive shovel. Nevertheless, it’s a great album – if somewhat underexposed compared to the early Ramones classics – and one that fans should definitely own. This RSD release is presented on pink and black splatter vinyl. [Expect to pay £30+]

Two years after his well received ‘Field Songs’ LP, Mark Lanegan returned with ‘Here Comes That Weird Chill’, a short collection of downbeat songs, including a cover of Captain Beefheart’s ‘Clear Spot’. Essentially a prelude to his massively popular ‘Bubblegum’ album, ‘…Weird Chill’ has been out of print on CD for years and, as a result, has become one of Lanegan’s most overlooked offerings. This RSD release comes on purple vinyl. [Expect to pay £23-£26] 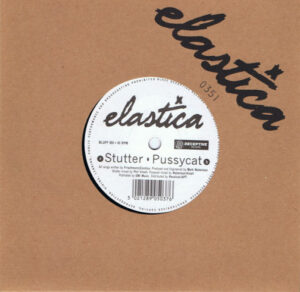 One of Britpop’s shortest lived but most popular acts, Elastica may have nicked their best ideas from Wire, but their debut LP remains a classic of the era. Its combination of aloof vocals and angular riffs inspired a generation too young to tap into post punk, and the band’s omnipresence in NME and Melody Maker made them one of the most loved acts of the 90s. This RSD release presents all four singles from the debut LP on 7”, along with an exclusive fifth disc containing ‘Brighton Rock’ and ‘Car Song’. [Expect to pay £35-£45]

Another short-lived but seemingly omnipresent Britpop act, Menswe@r seemed to be equally loved and hated within fan tribes. Their debut LP spawned some great singles and their later release ‘We Love You’ is a bit of a forgotten gem these days. The rather prosaically titled ‘Extra Material’ does exactly what it says on the tin and rounds up various b-sides, demos and live tracks. Presented on 2x 180g white vinyl for that extra cool factor. [Expect to pay £32-£39]

THE LATHUMS – Live At Blackpool Tower

If you’ve been paying attention to the “indie” scene over the past couple of years, you’ll be aware that The Lathums have been making some very 90s influenced sounds. The natural successors to Cast and Oasis, but with a pinch of Arctic Monkeys, The Lathums could be your new favourite band. As suggested by the title, this vinyl only release captures the band in a live setting with material drawn from their October 2020 live stream. [Expect to pay £15-£21] 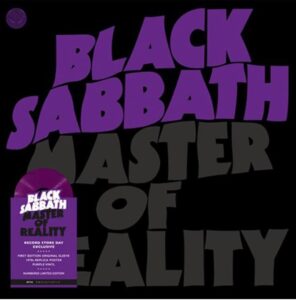 The original spiral label edition of this album, complete with box sleeve and poster will set you back a small fortune in anything like near mint condition. Over the decades, the sleeves have been crushed and the posters have been long lost. This purple vinyl reproduction is the next best thing to fill that gap in your collection. Granted, a mastered for vinyl edition in 2021 really won’t sound as good as a 1971 original, but with the inclusion of a poster and replica box sleeve. it’s as close as you’ll get to owning something close to that much coveted 1971 edition. As far as reissues go, it’s certainly much smarter than either of the Black Sabbath ‘Vol. 4‘ and ‘Sabotage‘ box sets released in 2021. [Expect to pay £39-£45].

STEELY DAN – Two Against Nature & Everything Must Go

A couple of Steely Dan’s 70s albums are the best sounding vinyl pressings ever. If you’re a vinyl fan and you love the Dan, you won’t want to pass up the opportunity to add these two late period albums to your collection. ‘Two Against Nature’ is every bit as good as the Steely Dan material from the 70s and although ‘Everything Must Go’ could possibly be described as being a bit more hit and miss, it’s still great. ‘Two Against Nature’ is presented on a 2LP set with an etched fourth side. [Expect to pay £35+ each]