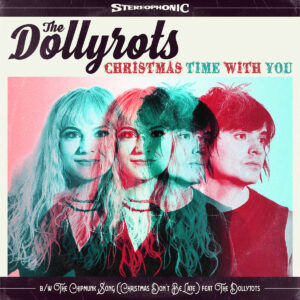 Since the turn of the millennium, The Dollyrots have been an important fixture on the pop punk scene. In an era where so many “punk” bands took a more emo route, vocalist Kelly Ogden and friends constantly served up classic pop punk riffs – 90s style – injected with a little power pop sugariness, which often put the band somewhere between peak blink-182 and the noisier elements of Letters To Cleo. Naturally, their often buoyant and fun approach to everything attracted Jaret Reddick and his band Bowling For Soup. Strong bonds were made in the name of friendship, and over the years, the two bands could often be found sharing a stage or three.