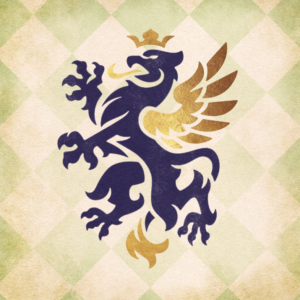 Thankfully, Colin had a change of heart, and released his first proper solo recording in the summer of 2021. Much like the TC&I live disc, the three track release ‘The Hardest Battle’ creates a link between the performer’s past and present, offering previously unheard material alongside a revisitation of an old friend.

‘The Hardest Battle’ opens with a wash of church organ, a barrage of multi-layered wordless vocals and a huge pop sound that announces Colin’s return with a triumphant fanfare. Dropping into the verse, he greets fans with a very familiar rumpty tumpty rhythm that tips the hat to his best contributions to ‘Skylarking’ and the fan-polarising ‘Big Express’, and within about thirty seconds, it’s as if he’s never been away. Moving through the shell of the great pop melody, the demo quality production obviously doesn’t give the sunny vibe the best send off, but between the buoyant melody (guaranteed to raise a smile from old fans) and a lyric that falls somewhere between pastoral and reflective, it more than holds its own. At the close of the performance, Moulding also lets his Wiltshire accent shine through on a couple of the broader notes. This is something that helps the performance feel very natural, but also makes it feel like the obvious successor to the best moments from the TC&I EP. Those who love the song will undoubtedly be thrilled to be given a further insight into its workings via a ‘First Exploration’ demo version, which presents a much more sympathetic keyboard sound and softer rhythm throughout. This allows a couple of moments of acoustic guitar to shine, as well as offering a much gentler vocal take from Moulding himself. Given that the final version centres around a drum machine anyway, there aren’t always massive differences, but this early take’s more tentative delivery is actually superior in some ways, presenting the performer in something of a happy place within a Jellyfish-esque world of pop.

For the long time fan, the big draw here will come from a much older song pulled from the archive. ‘Say It’ – one of the last recordings released by XTC during their lifetime – always seemed to be something of a late career gem (second only at that point to the masterful pop of ‘Nonsuch’ outtake ‘Where Do The Ordinary People Go?’). Nevertheless, Colin wasn’t entirely happy with the final take. He takes the opportunity here to present fans with the something tagged “original version” which – if nothing else – is a another great reminder of his easy, melodic ear. No information is supplied about recording locations or dates, but the vocals suggest this to be a re-recording of an old arrangement rather than the straight resurrection of an unreleased demo. The arrangement here is far more spacious than its previously released counterpart; the mix much less compressed. The McCartney vibes hold firm, providing something of a necessary contrast with a world weary vocal, but fans will more than recognise the song they’ve loved for years. From a fan’s perspective, a different lead guitar break and a more strident piano will also help to give an alternative slant on the familiar tune.

With Moulding having thrown in the towel three years earlier, this release comes as a very welcome surprise. At only three tracks, it will surely leave most fans wanting more, but any new music is welcome – and this certainly feels like a very natural follow up to the TCI&I EP. The homespun feel of the recordings will make it a fans only affair, but most of those fans will absolutely love it.