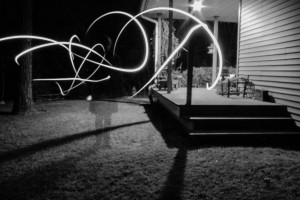 Never was this any more striking than on EP opener ‘Footsteps’. The crisp sound of acoustic strings is just lovely, with Moreton throwing an occasional twiddle against a strong chord pattern. His voice, weary yet friendly is well suited to the pastel coloured material – sounding much better here than on any of the Healing tracks – while Ariel Moreton adds a quiet, almost unsure harmony. This alone would be enough for House Above The Sun’s move into the UK Americana scene to be worthwhile, but as the track progresses, their musical strengths become more obvious. Moving from the folky to rather more of a slow country workout, Drummer Rory O’Connor marks time with a loud snare and solid beat, while bassist Sam Theiry rounds everything off with a huge presence. The music wouldn’t work quite as well if it were not for the fact that this number comes with a great chorus and while the Moretons’ harmonies perhaps aren’t as strong as those of Lewis and Leigh, they show an equally strong understanding of how a relatively simple melody can carry everything.

Showing off their electric side, ‘He’s Still My Flesh and Blood’ presents a solid workout for the whole band. The rhythm section seem to come to life due to a “live in the studio” production, but it’s still Jim who is very much carrying the piece. His wistful voice, occasionally showing an influence from Ray Davies circa 1968 is constantly likeable; his guitar work, slightly dirty sounding, often shows that House Above The Sun haven’t entirely lost the grit behind The Healing’s work. As before, Ariel’s harmonies fill out the chorus, but despite a strong performance, neither vocalist completely stands up to the terrific guitar sound; those guitars, fairly dominant, lend a tough but melodic companion to a reasonable hook. Changing tack again, ‘Dangerous Thing To Love’ blends electric guitars and rootsy vocal melodies in a way that occasionally makes this quartet sound like a ragged version of a few of their Transatlantic heroes, with traces of Son Volt and Crazy Horse throughout. The hook is simple, but both vocalists approach it with confidence – the brief attempts at harmonies are perhaps the EP’s best – while the forthright music makes great use of overdriven guitar sounds, especially during a closing solo. This is arguably the better of the electric numbers. Bringing back the acoustics to finish, ‘Love’s Ugly Twin’ allows a breathy vocal to take hold, while – much like ‘Footsteps’ – Jim’s acoustic sounds are top notch. A twin guitar sound is in evidence throughout; the vocals are very natural with more of a late night cool. This alt-folk number brings the Moretons’ talents home in a way that, in Americana terms, has a near timeless appeal. Sure, a few of the vocals might sound a bit wayward in places, but the everything in one take approach never hurt Neil Young…

This debut EP is a little rough around the edges, but given House Above The Sun’s roots rock, Americana and alt-country influences, to polish up things too much would surely be a mistake. The acoustic numbers make this worth a listen, but fans of reverb driven revivalists like The Naked Sun and Band of Horses will almost certainly hear a promise within the whole musical package.