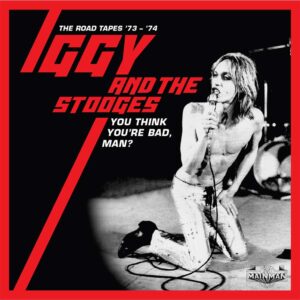 For a band that only existed for a short time and released just three studio albums during their original life span, the impact The Stooges had on the world of music was massive. Inspirational to a world of garage rock and punk bands that formed in their wake, their importance couldn’t be understated. Following their demise in 1974 and frontman Iggy Pop’s success with ‘The Idiot’ in 1977, the market was subsequently flooded with bootleg quality recordings of Stooges live shows, many of which somehow reached “official release status” on CD by the 90s. Most of those discs – with the exception of the widely circulated ‘Metallic K.O.’ 2CD set – subsequently became hard to find and began to change hands for ungodly sums of money on the second hand market.