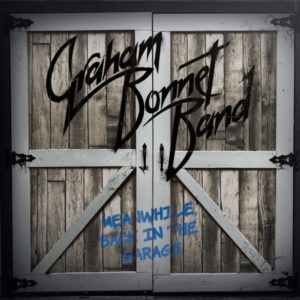 Active since the 60s, Graham Bonnet has always maintained a solid presence on the rock scene, whether solo or part of a band. By the beginning of 2018, he had contributed lead vocals to a staggering twenty three studio albums. As with any artist with such a long career, the results are variable, ranging from the essential (his own ‘Line Up‘, Rainbow’s ‘Down To Earth‘ and the Graham Bonnet Band’s ‘The Book‘) to the workmanlike (most of the 90s releases) to the flat out awful (Blackthorne, Impelliteri’s ‘System X’). Whatever the result, it’s almost impossible not to be impressed by Bonnet’s work ethic and tenacity.