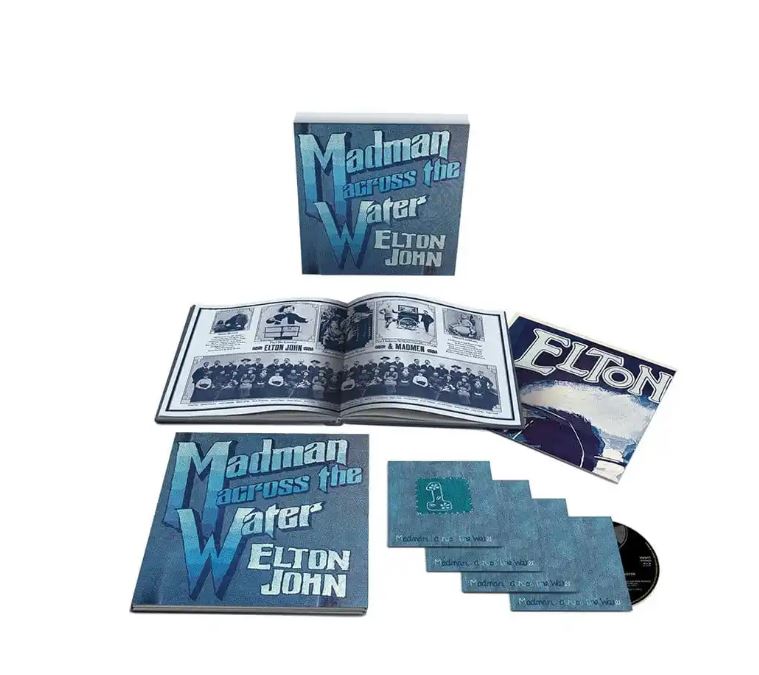 Elton John’s fourth album ‘Madman Across The Water’ is something of a fan favourite. The 1971 release didn’t score Elton any UK hits at the time, and beyond ‘Tiny Dancer’, most of its songs are largely unknown outside of his fan base, and yet the album has endured the decades. If anything, it’s found itself sounding better with each passing year.

When ‘Elton John’, ‘Tumbleweed Connection’ and ‘Captain Fantastic’ were released as expanded two disc editions back in the 00’s, ‘Madman’ got left behind, much to the disappointment of the fans. It was well known that the era spawned extra material – including TV footage of Elton promoting the whole LP, solo at the piano – but neither the record label nor Elton seemed that keen to raid the vaults. Instead, a few years later, ‘Goodbye Yellow Brick Road’ was afforded the box set treatment instead. A safer bet in terms of quick revenue, maybe, but did the world need yet another deluxe set of an album that had already seen a brilliant 2CD/DVD reissue?

Perhaps inspired by the good press his ‘Jewel Box’ rarities set received, Elton has relented and – finally – ‘Madman’ gets the deluxe treatment it so much deserves with a choice of 3CD/blu ray, or 4LP set for the full experience, or a scaled down 2CD edition for the more casual fan.  The final tracklisting is good, without being comprehensive (maybe we’ll get those Japanese live shows as a separate release sometime, and just maybe, the Royal Albert Hall show from the tail end of the ‘Madman’ promotion cycle is being held back for a ‘Honky Chateau’ box, but who knows?).  As well as several unreleased demos, the real treat within the confirmed box set is the release of the full ‘Sounds For Sunday’ performance on both CD and blu ray.