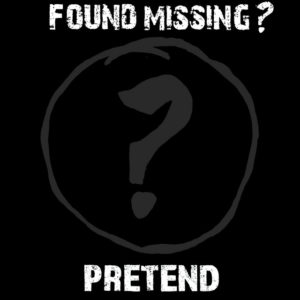 The title track wastes no time in presenting the band’s funkier side as guitarist Dean Pullen kicks things off with a busy riff. It’s one that seems a little too busy at first, but actually leads very nicely into a funk rock riff that evokes the best of those similar sounds of the early 90s. As the track moves along, that funk comes through brilliantly at the end of the brief instrumental break, the band shows off a few even bigger chops when a dirtier riff threatens to take over. Vocally, frontman Justin Brett is interesting; he spends these three minutes wrestling between a gritty delivery (something that seems to carry hints of Reef’s Gary Stringer) and something more soulful, but overall, it seems to be a style that works well for him as well as being a natural fit with the music. With the funkier parts broken up by a simple but weighty chorus hook, things get off to a good start, even if the DIY production values make everything sound a little muddy.

‘One More Run’ puts the rhythm section further into the spotlight via a tough drum intro and chunky bass accompaniment. As before, Found Missing? show they’re rather adept at this style and as the band works through another hard and funky workout, it should be clear to most listeners that they’re solid players. In a musical side-step from the opener, there’s perhaps a little more experimentation with heavier riffs and while the music isn’t quite so good overall, a retro sound and a reasonable chorus are enough to make it enjoyable for what it is. Working with another tough groove, ‘Being Me’ applies the expected funk to a slightly distorted post-grunge riff. There are echoes of Collective Soul’s ‘Hints, Allegations…’ debut here, although applied to a heavier sound. Between another solid chorus and a shamelessly old-fashioned guitar solo it manages to cover a lot of hard rock ground in a surprisingly short time. With this track, more than any other, these guys are able to show how they value the importance of song-craft over unnecessary musical flashiness.

The release’s best track, ‘Perfectly Mine’ opts for more speed, giving Dean far more to work with. With a very 90s sound, Found Missing? sound very at ease here, mixing slightly distorted riffs and a groove that’s gently inflected with funk, but often sounds like the work of a heavy blues rock outfit. Carrying both the EP’s best riff and strongest chorus (something helped by the addition of a backing vocal), this is most likely the point where most listeners will realise that this band has something with the potential to really appeal – even if that “something” seems rooted in decades past.

This EP is very enjoyable for what it is, but there’s no escaping the fact that it seems especially dated at the time of release. Had this appeared at some point in the mid 90s, Found Missing? would have had the potential to take on Bush, Reef and any number of guitar driven rockers. As it is, it all feels oddly nostalgic and sounds like the work of a band who will grow in confidence. For those who like a groove laden riff or three with more than a bit of toughness, this DIY release will certainly fill that particular listening requirement, dated or otherwise.