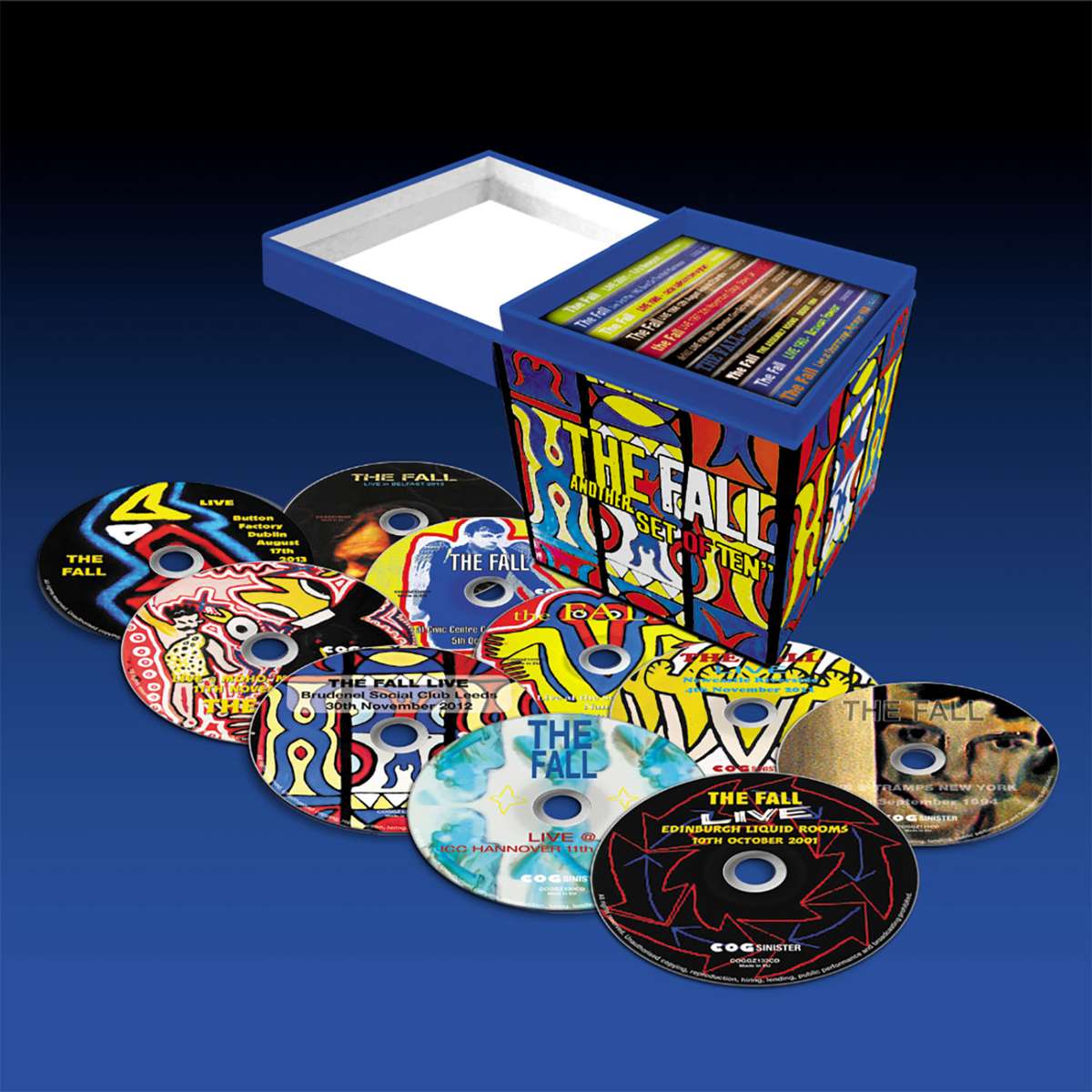 Pre-orders are being taken via the Cog Sinister shop now.  Early orders will include a free bonus disc ‘Live In Cork, 2012’.  The box set is limited to 500 copies worldwide.

The full set of shows included are:

For more details and for the pre-order link, check out the press release below.

The Fall were an English post-punk band, formed in 1976 in Prestwich, Greater Manchester. They underwent many line-up changes, with vocalist and founder Mark E. Smith as the only constant member.

First associated with the late 1970s punk movement, the Fall’s music has always pushed & challenged boundaries, with Mark. E. Smith at the helm on and off stage, the band has always been characterised by an abrasive, repetitive guitar-driven sound and tense bass and drum rhythms, along with Smith’s caustic lyrics, described by critic Simon Reynolds as “a kind of Northern English magic realism that mixed industrial grime with the unearthly and uncanny, voiced through a unique, one-note delivery somewhere between amphetamine-spiked rant and alcohol-addled yarn.”

The Fall have been called “the most prolific band of the British post-punk movement.” From 1979 to 2017, they released thirty-two studio albums. They were long associated with BBC disc jockey John Peel, who championed them from early on in their career and described them as his favourite band, famously explaining, “they are always different; they are always the same.” Earlier this year, Smith died at the age of 60, effectively putting an end to the group.

No other band in the world can touch The Fall’s magnificence and sheer volume, which are captured here in ‘Box of Ten #2’. Issued on Cog Sinister, The Fall’s official label, and following on from the “Set of Ten”

This is a limited-edition set (only 500 units) of 11 discs of previously unreleased live recordings, spanning three decades. The earliest recording taken from 1984 and the most recent 2014.