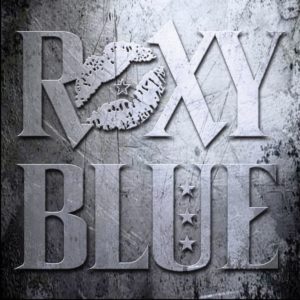 The unexpected happened in May 2019 when it was announced that Roxy Blue had signed to Frontiers Records and had a new album in the can. Early responses to a new single were, unsurprisingly, not always positive. Roxy Blue were, indeed, back…but they didn’t sound quite the same as their youger selves. Melodic rock/AOR fans are second only to prog rock fans for harbouring stuck in a rut opinions and hating change, so when ‘Silver Lining’ appeared online, people complained. Apparently, it was “too modern” because it didn’t sound like a carbon copy of the Roxy of 1992. Comparing it to bands like Velvet Revolver – a band already fifteen years old at that point – made such claims of “modern” an oxymoron. It seemed Roxy Blue would have a lot of convincing to do…

‘Silver Lining’ kickstarts the album with a genuine bang…and true enough, its combination of energized hard rock riffs bear more than a passing resemblance to Velvet Revolver at their best and, by default, there are traces of the Guns N’ Roses debut and Duff McKagan’s Loaded too, but there’s nothing anyone with any real sense of reality could call modern. What it doesn’t sound like is Roxy Blue of old. Making do with what we’ve got – slightly fudgy production values aside – it’s actually really enjoyable. Guitarist Jeff Caughron plays with real conviction throughout, while Roxy old hands Scott Trammell (drums) and Todd Poole (vox) add an equal amount of old style hard rock grit throughout. Half of Todd’s vocals are buried in the mix, but that doesn’t detract too much from the enjoyment, especially when played loudly enough. Likewise, ‘Rockstar Junkie’ melds some 80s sleaze with a real grubbiness and comes up sounding like a leftover from the Beautiful Creatures debut, albeit without Joe Leste’s sharpness or unmistakable presence. In terms of whipping up this kind of trashiness, the revitalised Roxy Blue often sound great – and fuck the naysayers.

Even better, ‘Out of the Blue’ takes the Beautiful Creatures inspired riffery and dresses that with plenty of wah-wahed dirtiness – not so much a “modern” sound, more a crunchier take on something from the very early 90s – and ‘Til The Well Runs Dry’ really shows what Roxy can deliver when truly firing on all six. A shameless stomper where Roxy Blue take on the early Buckcherry in the trashy rock stakes, ‘Til The Well’ is easily an album highlight. The way they’re able to meld that with something that sounds like it’s been inspired by an old Marilyn Manson single, creates something that’s all balls and bravado – and all the better for it. With a chant along chorus that evokes an Andrew WK style party and plenty of effects to make things sound grubbier (both musically and vocally), the old guard will probably hate it, but those willing to keep an open mind might just discover one of the catchiest party rock anthems of 2019. Throwing in a surprisingly melodic guitar solo along the way shows how Roxy Blue are still keen to cling onto their older sound from time to time, but for anyone hoping for ‘Want Some Part II’, it certainly won’t be enough.

A pleasingly heavy workout, ‘Human Race’ brings back memories of Vince Neil’s much maligned ‘Carved In Stone’, Warrant’s equally divisive ‘Ultraphobic’ and the most aggressive bits of the Lynch Mob catalogue. Although Caughron is in the driving seat, the band sound like they’ve really clicked on a great groove and it’s great to hear Roxy Blue really going for it, even with a husky vocal that seems completely adrift at times. Also worth a spin, the heavy ‘What It’s Like’ finds the newly aggressive Roxy Blue applying an intense riff to the kind of keyboard loops you might find on an old Powerman 5000 album. This slightly industrial take on metal is hopelessly dated at the time of release, but that’s not enough to stop it being enjoyable for what it is. If nothing else, the thought of the old fans’ heads exploding in anger is enough to make it all worthwhile!

When things miss the mark, as they were bound to occasionally, ‘Roxy Blue’ sounds like an indistinct rock band, half out of time and hampered by a non-singer. This is most obvious on the slower numbers. ‘Collide’ – a semi acoustic number that sounds like something Skid Row might have attempted in 1991 – has the best intentions but never sounds like more than a band going through the motions (ironically, if it had appeared on ‘Want Some?’ it might have held up very well) and ‘How Does It Feel’ is a fairly boring hard rock ballad where a lack of separation between the instruments in the end mix just leads to a bland fudge. Again, Poole’s lack of voice is more than obvious throughout and while the chorus is nice enough, you’ll have heard a thousand and one similar songs from other vintage hard rock bands over the previous two decades.

Comebacks are a tricky thing…and especially so if the fan base has never moved on, musically speaking. This album is often very good for what it is, but it’s on a hiding to nothing: it doesn’t sound like the old Roxy Blue, so a lot of the old fans aren’t going to be very interested. Then, there’s the idea of a new Roxy Blue album in almost three decades – that isn’t going to attract any new fans either. This is one of those albums merely destined to exist and that’s a shame; with a bunch of fantastic guitar riffs and a few decent choruses, it certainly deserves better than that.