The new edition appends the album with six bonus tracks – essentially the b-sides from the two singles.  These have become increasingly hard to find over the years and when heard in tandem with the original release, it’s more possible than ever to appreciate how good even the Trees’ leftovers were.

A full track listing and more info can be found below. 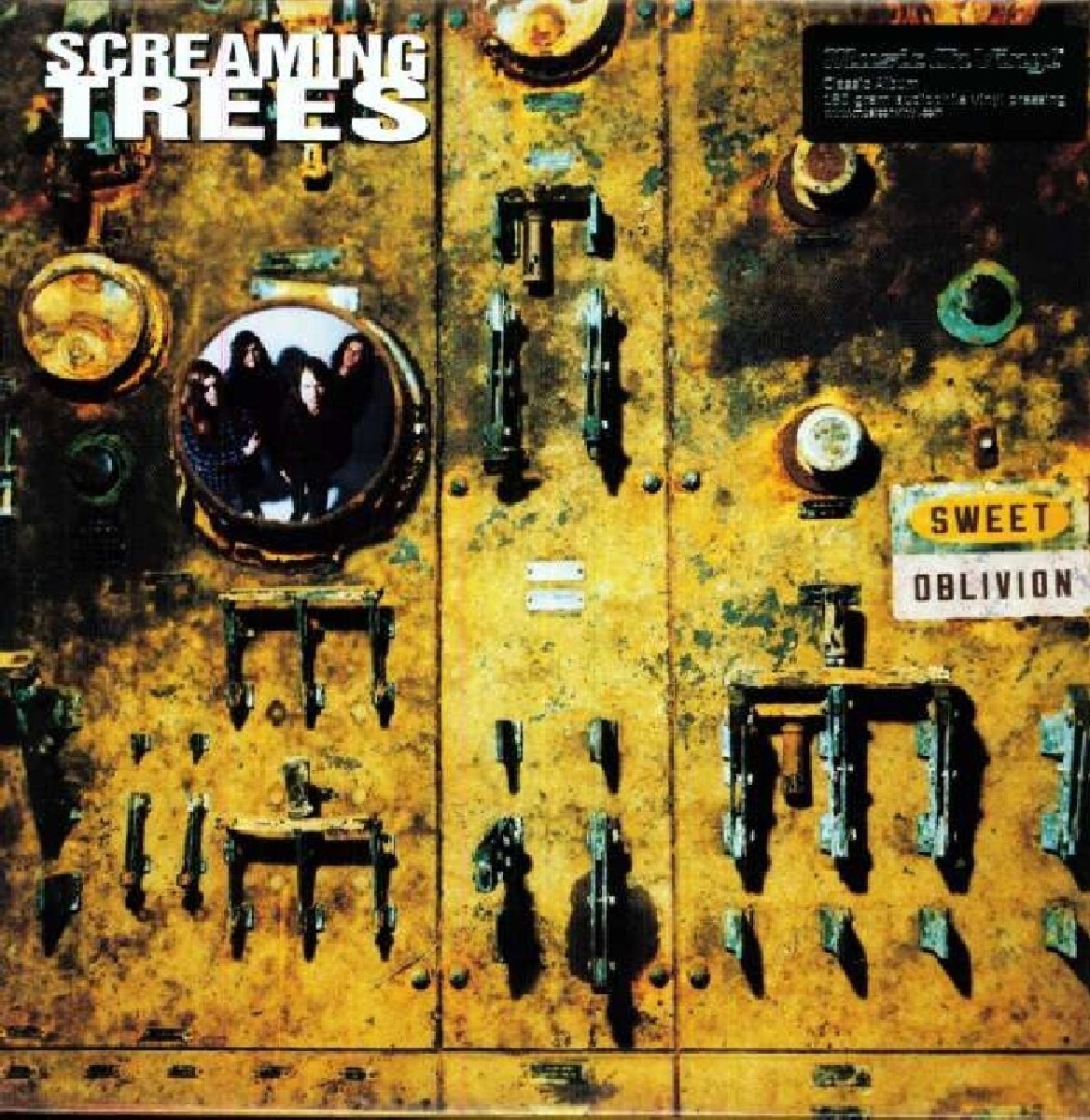 The history of the Screaming Trees goes back to 1985 when brothers VanConner on bassand Gary Lee Conner onguitar teamed up singer Mark Lanegan in rural logging town Ellensburg, Washington State in 1985. After recording a handfulof EPs and LPs for various US indie labels, including SST and Sub Pop, they signed to Sony imprint Epic Records for 1991’s“Uncle Anaesthesia”, co-produced with Soundgarden’s Chris Cornell.Geographically close enough to Seattle to benefit from the grunge scene that was about toexplode with Nirvana in 1991, by the time they came to record“Sweet Oblivion” in 1992, they had been joined by Barrett Martin on drums (REM, Mad Season, Queens Of The Stoneage & Walking Papers).

Whilst retaining the psychedelic elements that characterised much of their early output,their second major label album certainly leaned further towards a more commercial, hard rock sound.Probably the band’s most successful record, this was no doubt helped by the inclusion of lead single ‘Nearly Lost You’ on the 2,000,000 selling soundtrack to Cameron Crowe’s grunge-era movie, “Singles”, thrusting the band into the limelight with the attention brought by the film, and an MTV-friendly video.Produced Don Fleming, the album was mixed by Andy Wallace, who had brought a commercial sheen to the previousyear’s “Nevermind” by Nirvana. ‘Nearly Lost You’ was followed by the release of the more introspective ‘Dollar Bill’ as a single,with ‘Shadow Of the Season’ and ‘Butterfly’ also released as singles in certain international territories.This edition now features a number of non-album bonus tracks. ‘Maybe (Van’s New One)’ was sung by bassist Van Conner, whilst ‘E.S.K.’ is an outtake from the album sessions. Famed Seattle producer Jack Endino had previously worked with Screaming Trees on 1989’s “Buzz Factory” for SST and the “Change Has Come” EP for Sub Pop before he came back on board to record an acoustic version of ‘Winter Song’, on which he guests on slide guitar.

Prefiguring Americana, and to some degree a precursor to Mark Lanegan’s solo album ‘I’ll Take Care Of You’, their cover of Thomas A. Dorsey’s ‘(There’ll Be) Peace In the Valley (For Me)’ was released a full two years before Johnny Cash’s “American Recordings” comeback. Whilst their grunge-erapeers hailed 70s punk and 70s metal as key influences, Screaming Trees’ cover of Small Faces’ ‘Song of a Baker’ ably demonstrates where the band’s musical heart truly lay. Again produced by Jack Endino, their cover of Black Sabbath’s‘Tomorrow’s Dream’, originally from the “Black Sabbath Vol 4” LP, rounds off this remastered 2CD collection in heavy style.Screaming Trees would release one further album, “Dust”, in 1996, before splitting in 2000. The members continueto pursue various musical ventures, with the prolific Mark Lanegan having now released 10 solo albums, as well as finding timeto collaborate with artists as diverse as Isobel Campbell, Duke Garwood, Twilight Singers, Queens Of the Stone Age, Unkle andSoulsavers, whilst Van Conner releases records regularly with Valis, and guitarist Gary Lee Conner recently released the highly psychedelic “Unicorn Curry”.As well as plenty of memorabilia and period artwork, the booklet of this 2CD edition features a 4,500 word essay based on new interviews with producer Jack Endino and Screaming Trees guitarist Gary Lee Conner, conducted for this set.