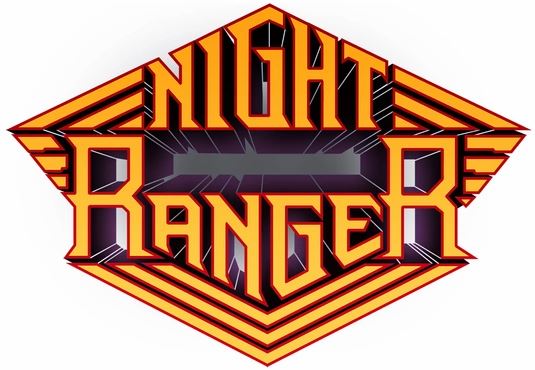 After a few keyboard sounds, the opening number quickly descends into a wall of mud. Jack Blades’s bass is far too loud and it’s killing everything except for the drum kit. You can’t hear any vocals other than the odd word and slightly off-key wail. Night Ranger appear to be in trouble. Maybe it’s just teething problems… Moving into the classic ‘Touch of Madness’ there are more vocals in the mix – most notably on the chorus – but everything else is a wall of sound mess. Brad Gillis, at least visually, appears quite busy, but he could be playing anything at this point, since the intricacies of his performance are utterly wasted. Another indiscernible track rattles the venue via Jack’s bass while he stands centre stage yelling into his microphone. Even from the perspective of a huge fan, it’s almost impossible to tell what song this actually is. Eric Levy – a hired hand dressed as Alan Fitzgerald from the band’s heyday – plunks at keyboards that are so badly served they sound like an electrical fault. This is beyond awful.

‘Sing Me Away’ is more recognisable thanks to a chorus that’s been part of the fan subconscious for over three decades, but as the band lumbers on, everything still sounds like absolute crap with technical amateurs pulling the strings. Combine that with the fact that the downstairs rear of the venue now smells like denim jackets that haven’t seen a washing machine for two decades, and this gig has become about as far from fun as you could possibly get.

Following two badly projected hits and two numbers that could’ve been absolutely anything, Blades asks if we’d like to hear a Damn Yankees song. Why, Jack? Why play something from an inferior side project when you have great Night Ranger material at your disposal? Then again, we can’t hear most of what you’re playing right now, so it almost doesn’t matter. [As it transpires, this will be the first of three Damn Yankees songs in a thirteen song set, with one of them even prefaced by a mention of Jack’s “good buddy Ted Nugent”. It might have been wiser in the current political climate not to advertise being friends with a gun-happy bigot, but hey ho.]

‘Rumours In The Air’ and ‘Night Ranger’ are rendered at least fifty percent unlistenable by being drowned in bass distortion, but seemingly Blades couldn’t care less – he’s acting like everyone’s come to see him perform The Jack Blades Show, to the point where the rest of the band almost blends into indifference at times. Not a good idea, but at least it explains an over reliance on Damn Yankees’ tut. Throughout most of this middle part of the set, second guitarist Keri Kelli [one time of Big Bang Babies, Pretty Boy Floyd and Newlydeads] works hard playing a few nifty (but almost inaudible) solos, while looking like he’s in the wrong band.

The only real bright spark before the encore comes when Keagy steps out from behind the drums to sing the intro to ‘Sentimental Street’ from ‘Seven Wishes’, but in keeping with almost everything else, once the louder elements of the song kick in, everything is ruined…awash with muddy bass and distorted guitars; this band has no finesse at all. Finishing the main set with a relatively rousing ‘Don’t Tell Me You Love Me’, the sound at last seems to be sorted, but it’s too little too late. Everything up to this point has been a genuine ordeal. This track eventually morphs into Deep Purple’s ‘Highway Star’ for a few verses which, to their credit, Night Ranger play very well. Blades announcing that “this is the music we liked growing up”, on the other hand, comes across as extremely patronising – surely there’s almost no-one present that needs this pointing out? Surely everyone recognises Purple’s place in the pantheon of rock history?!

The encore – comprising a solid ‘Sister Christian’ and rousing ‘(You Can Still) Rock In America’ – shows how good Night Ranger can be…and should have been, but by now, it’s so hard to summon up enthusiasm for a band who’ve done little more than present themselves as unprofessional has-beens. With everything considered, it’s worth remembering that tonight the audience has witnessed musicians with four decades’ worth of experience and been charged thirty quid for the privilege. This wasn’t some up and coming band in a Camden basement with a cover charge of a fiver – and yet, the general distorted ugliness has been about the same. Not just disappointing but bordering on horrible for almost the entire show. It’s only with the last three songs there’s any kind of marked improvement in the sound and at least ‘Sister Christian’ and ‘(You Can Still) Rock In America’ can be enjoyed in the way they’re intended, but it’s not enough to make up for a shoddy performance that by now feels as if it’s gone on forever.

If anecdotal evidence is to be believed, this isn’t unusual for Night Ranger either: at their 2015 London show, they turned up some twenty minutes after the scheduled time and then ran through a few numbers with a heavily distorted and muddy sound, only to improve somewhere towards the end of the set… If you’ve never seen the band before and are thinking that next time maybe you should, frankly, don’t bother. Go and see a more relevant band who actually cares about a quality performance. Jack Blades no longer deserves your time and money.

Two minutes into the Skid Row set, the sound is crystal clear; the sound of a genuine headline act, there is a definite separation between the instruments and a very strong feeling that what’s being played is a thousand times better than anything Night Ranger could offer tonight…