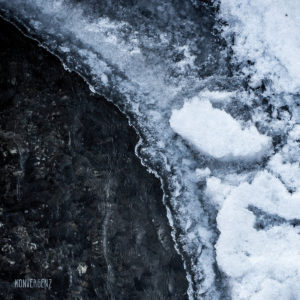 2017’s ‘Konvergenz’ is their third release in as many years – and their first full album. This time around, listeners aren’t given time to reflect and regroup after twenty five minutes (in many ways, the optimum length for early Zeit’s style). But, as it turns out, the longer playing time also allows the band to stretch out musically and not only does ‘Konvergenz’ take the Zeit stock in trade and cranks it for a full scale assault, but it also mixes that with various other metal-based subgenres along the way, resulting in a release that’s both interesting and varied. The more purist fan of black metal might not like these changes, but it’ll ultimately be their loss, since there are some classic sounds to be heard along the way…especially for the more robust listener. The willingness to branch out and experiment with a few different sounds, in many ways, makes this the best Zeit album to date.

At the very outset, though, you might find yourselves wondering if Zeit have wimped out, since ‘Verzerrt’ begins with a couple of bars featuring clean guitar work, more in keeping with 70s rock than anything in the band’s usual repertoire. Pretty quickly, of course, this musical red herring is crushed by an onslaught of harsh pneumatics and throat-wrenching sounds, as Fur and company launch into an uncompromising barrage of metallic noise. After a couple of minutes, there’s another surprise as a meaty old-style riff cuts through and eventually takes over and Zeit embark on a metallic groove that brings a world of groove and doom to the fore. As previously stated, the black metal purists will hate this – but for all other (more adventurous) lovers of extreme metal, it’ll certainly appeal and could easily expand the Zeit audience. Not only is the more accessible sound a huge step forward, but it’s obvious there’s a bigger recording budget too. ‘Rand’ follows with a cold riff mixing the buzz of industrial metal with the fuzz of stoner rock, placing Zeit somewhere uncharacteristically mid-paced, but there’s no denying the intensity of the sounds they’ve quickly put in place, especially once Mr. Fur begins to rasp. Looking a little deeper at the performance in hand, the drumming comes over with a great presence, while the slower riffs showcase a tough and tight musical unit. Compared with some of the early recordings, it’s perhaps only the voice that provides a direct link, but this isn’t necessarily a bad thing. All bands have to avoid musical stagnation – even black metallers with a select audience – and it’s a pleasure to hear the rattle of Flakkman’s bass strings throughout. More than just cold, depressive black metal, this track is closer to a darker, heavier Wildernessking, or perhaps remeniscent of a jam between Machine Head and Burzum. Either way, if heavy sounds and scratchy vocals are your bag, you’ll love this almost immediately.

If the first two tracks showed the band branching out, then ‘Nichts’ is positively revelatory. During the instrumental breaks and bridges, Fur’s guitar taps into a buzzing and almost stonerish groove, the fuzzy tones of his playing more inviting than ever before. Win, meanwhile, shows more of a groove-oriented flair to his drumming, showing a unity between the two players in such a way that when they’re locked in to that groove, you’d think they could go on forever. The black metal elements contrast this, of course, with Fur grumbling and rasping throughout and the drums eventually resorting to their rattling, cold snare extremism during the second half, but overall, there’s a great deal to like here. A lot to like, provided that is, you’re interested in hearing something that sounds like ‘Sabotage’ era Black Sabbath mangled by Cradle of Filth.

‘Trub’ shakes things up again by injecting some funeral doom sounds, allowing for a humongous bass sound to jam with some shrill guitars before everyone drops into a slow and churning black metal workout. Fur hisses with intent, but he’s no match for his own six strings which he uses to crank out repetitive drones, eventually rising into some very traditional black metal fare. Doom and black metal aside, pretty much nobody expects that the next experiment on the Zeit agenda is to briefly drop into something funky, but they do so as if the most natural thing in the world – you can almost hear the heads of narrow minded black metal fans exploding over the course of the next minute!

In contrast, ‘Welter’ is a deliberate throwback to a Zeit past, with thrashing drums and everyone in full pneumatic anger (albeit with a production that accentuates some great bass work), before tailing off with some near perfect, treacly doom riffs. Moving on, ‘Kalt’ presents a perfect blend of melodic black metal and goth rock – a great showcase for drummer Win, who shifts between the fast and slow passages with ease and almost sounds like he’s prepared to snap his wrists when tackling the trad black metal snare pounding. The sharp and melodic edges that cut through the track’s second half owe more to Paradise Lost and My Dying Bride than any black metal, but Fur ensures they don’t stray from their roots by offering a particularly harsh performance. The variety within this track makes it one of the album’s best.

The final pairing finishes an already brilliant album with extreme metal enjoyment (accessible, of course, being a relative term, with Zeit tipping their hats to Venom on ‘Boden’ before adding their own sub-gothic slant on an extended almost instrumental playout that adds a welcome touch of groove, before ‘Latenz’ kicks off with a slow and melodic heavy riff with Fur’s cold guitar cutting through everything. Eventually settling on a style that blends black metal with industrial sounds, it’s a great way to finish – intense enough to keep Zeit firmly in the cult band bracket, but memorable enough to suggest it’s just the beginning of a new phase in the band’s career.

In these eight songs Zeit show off the best moments of their well-crafted black metal and far more besides. ‘Konvergenz’ isn’t always everything you’ve come to love – or be a little scared by – when it comes to these guys, but perhaps a new look at an old favourite. Yes, it’s still a challenging listen and those vocals aren’t going to be for everyone, but the fusion of doom, black metal and extreme groove metal feels like a massive step forward for all concerned.