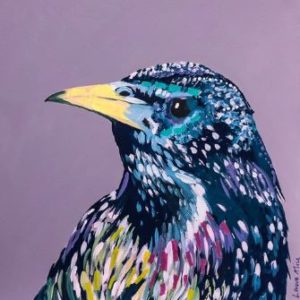 ‘Deepsleep’ opens the record with what could be one of the best retro indie workouts of 2017. Combining cold guitar effects with a grumbling bass and heavy drums, the instant appeal recalls a slightly less cold variant of the best moments of The Cure’s ‘Pornography’ LP, before scaling up to tackle some hefty post-rock riffs. Just as soon as these grab a hold, everything falls away to reveal a warm bass and structured piano chords. The blend of calm piano work and meaty basslines is thoroughly entertaining…especially if you crave atmospheric workouts in the vein of bands like Cities and the quieter end of the much missed Maybeshewill. Fading out as unobtrusively as it announced its arrival, it’s such a disappointment things are over so quickly since this is gorgeous. The piano strains return to anchor ’21st Century Winters’ – a brilliantly maudlin and soul searching piece that first made an appearance on the ‘In Skeletal’ EP. In place on this full length, it makes so much more sense and the blend of piano against Dean Freeman’s guitar work and introspective vocal is as appealing as ever.

Having set the tone, things then take a left turn by introducing new-wavish mechanics and treated vocals throughout the post-punk inspired ‘Hammer & Anvil’. A near spoken vocal fills the verse, but given time enough to gain momentum, the chorus hook eventually wins out by presenting a wall of guitars against a melodic female voice. The fuzzed up, mid paced sound is one you’ll have encountered many times since 1981, but One Day, After School keep things fresh by injecting a variety of sounds and voices beneath the louder parts. Compared to the opening pairing, it occasionally feels as if it could do a little more, but the bones of a great idea are more than obvious. ‘Arc’ – a track featuring a guest vocal from Emma Pollock, on the other hand, initially gives the impression of being a weak track as soft voices and a sparse musical arrangement seem to go pretty much nowhere. …And then at the mid-point, it has a complete change of heart: Dan Hayes thunders at his toms and steers the track into a fast paced alt-rock sphere, where an increasingly busy drum part fights for dominance against rising guitars. Eventually setting back into a semi-melodic post-rock workout, the guitars chop against a dual vocal – at last delivering something a little more catchy. This track proves that with One Day, After School there’s a potential surprise around every corner. If at first you’re not so impressed, stick with it.

The title cut opts for upbeat post-punk guitar thrashing, perhaps a distant relation of the more accessible side of The Wedding Present – feeling very much like a throwback to the EP – before another genuine highlight really pushes ‘The Invisible Anchor’s appeal ever higher. ‘When I Loved Music, When Everything Was New’ could be seen as a tongue in cheek reference to the fact the band have always liked to recycle the influences that drive them, but the ensuing instrumental workout is a heavy, speaker busting monster that acts as a great showcase for Dean’s guitar work. Combining slightly grubby, string picked musical motifs with a huge overdriven bluster, it sounds like a jam between Sonic Youth, Slint and the Melvins. It doesn’t have the all-round timeless appeal of ‘Deepsleep’, but for scope and riffs it’s hard to beat.

Having seemingly peaked, ‘Becoming Dust’ feels like a slight let down at first, as it drops back into quieter indie fare. A slow burner of a track, the lead vocals are sometimes indistinct and the muted guitar riffs give no real indication of what might lay ahead. It’s only once a hefty drum sound beefs everything that this track starts to really take shape. The steady beat allows the other elements to weave a slow and understated melody and it soon seems as if things are going somewhere. Unfortunately, in terms of actual song, it never gets moving… Thankfully, ‘For Coca Cola’ shifts everything back to a spooky coldness, driven by strident, clanky chords and a drifting vocal that’s almost unsure of it’s own presence, with Dean’s hushed tones wavering in and out of a superbly arranged melody. The piano motifs take time to create atmosphere and it’s prime OD,AS. In keeping with some of the band’s influences, eventually, all melodic aspects get forced aside in favour of several minutes worth of distortion and some absolutely devastating feedback. Here, the album appears to have reached its natural end…but the band have other ideas.

The album actually finishes with two more tracks that show off the band’s talents in a strong manner. ‘There’s Nothing For You Here’ recycles more familiar musical territory – heavy on the post-punk riffs with a slight indie slant, this time making a much bigger feature of Andrew Whittaker’s ample bass chops – before ‘Escape Notice’ goes all out with almost pogo-worthy riffs (very much a musical sidestep compared to the bulk of ‘Anchor’s more thoughtful style). A sidestep it may be, but it’s a great closer. Those looking for straight up alternative rock that harkens back to the late 90s will certainly get their kicks, since this is a buzzing and guitar fuelled workout that comes across as a more melodic cousin to S*M*A*S*H. The hard production style and natural vocal collide in such a way it is impossible not to reach for the volume knob. This track definitely shows the band at their most visceral and even though it’s in and out barely two and a half minutes – not even stopping for any guitar solos or other embellishments – there’s just enough detail in the chorus to distinguish it from the choppy verse and enough enthusiasm not to feel at all short changed.

In terms of momentum for One Day, After School, this is an album that probably should have hit the shelves some six months earlier, but the (very) long stretch between EP and album appears to not have been time wasted. The bulk of ‘The Invisible Anchor’ shows a band now in full command of their musical craft. There’s a lot to take in here; so much contrast between the cold piano lines and forceful feedback. It’s an album that really reveals its true potential after several listens and although it’s home to a couple of weaker tracks, it still comes highly recommended.