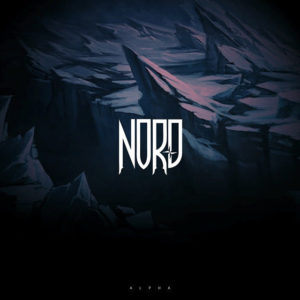 It’s obvious this band is big when it comes to riffs. Following a melodic intro, opening number ‘Kill The Marshalls’ smashes forth with a hard guitar onslaught, borrowing bits from classic Metallica and early Trivium along the way, with the twin guitars of Niels Thybaek-Hansen and Thomas Bogh Jansen carving out a huge presence. Vocalist Bjarne Brogaard Matthiesen alternates between a Mastodon-esque shouting and a melodic death growl throughout, with a seamless shift between the two being very much dictated by the music. The track’s first half serves up some good and solid metal, but it’s with a huge bass rumble and a sojourn into something even heavier – huge staccato riffs and death growl – when Nord really start to impress. The constant switching between two clear styles and inclusion of at least four riffs ought to result in a mess, but it really works. A good start, certainly, but things are about to get better.

‘Rosehip Garden’ wastes no time in delivering another great riff. The rhythm guitar lays down a fearsome bottom end chug – about as good as any at the time of release – while the lead adds a soaring counter melody. Moving into the verse, thing take a step down to allow a slightly muddy staccato riff to join another hefty chug. The rough and ready vocals enforce the general heaviness, before a melodic death metal growl becomes reminiscent of the earliest Trivium recordings. In all, this would make a great track, but Nord take things a step further still by including a mid section of a more alternative variety. A very welcome cleaner vocal really lends the feeling of experiencing a Scandinavian metal band channelling the slowest material from System of a Down’s back catalogue. Finally, dropping into a slow, heavy head-bobber of a breakdown, they manage to work their way back to the original riff and some really nifty lead work. It’s a kitchen sink affair, no mistaking, and a few listens suggests it might be more than the sum of its influences.

‘Restless’ – a feeling that could possibly be appled to Nord’s ever shifting sounds – doesn’t add much that’s new, but provides another example of well constructed riffs throughout. Firstly, they tease with an almost Arabic sound, but quickly drop into a classic Metallica homage…though with more bass throughout and a the help of a drummer who can obviously keep time. Almost just as quickly as they’ve mastered that, things move forward again to include a lovely growly voice and even heavier riffs for good measure. And what of those prior hints of world music? They’ve not been forgotten: clean toned guitars weave a plinky melody for atmosphere, before making way for a brief but soaring guitar solo. ‘Restless’ is less song oriented than a couple of Nord’s other works, but a thoughtful approach to various elements ensures the track more than holds firm throughout.

For the EP’s last offering, ‘Omega’, the music being offered could be that of a different band that gave the world ‘Kill The Marshalls’ less than twenty minutes previously. The production values still hover somewhere between loud and a little muddy; the riffs are still distinctive, but something is very different. It could be the complete surrender to a slower riff – in this case, a moody melodic death riff collides with something a little more stoner-ish – but it’s more likely to be the total absence of clean vocals. If one voice isn’t deep into a melodic death grunt, a second heavily treated voice sounds as if its issuing commands through a megaphone. Meanwhile, the riff never lets up, never really changes and certainly never wavers. By the time everyone’s ready to call it a day after almost six minutes’ worth of heavy pounding, somewhere in a musical camp that sounds like a jam between ‘Sacrament’ era Lamb of God and ‘Hunter’ era Mastodon, this asserts itself enough to actually be the EP’s best track. It might not be as adventurous as the previous numbers, but it succeeds in every one of it’s musical goals…and for lovers of a huge metal riff, it will not disappoint.

In a particularly brave move, these Scandi riffers have chosen to promote ‘Alpha’ by describing the musical work as “a sound almost impossible to describe”. Well, you shouldn’t expect that, obviously…but do expect something that takes the bones of Trivium, the force of Mastodon, a fancy with melodic death vocals and bits of pointy, post-rock riffery to create a classy and adventurous slab of metal. Recommended.