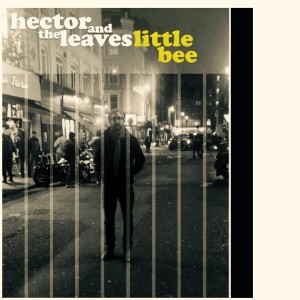 Beginning in a low-key manner, ‘Loved By You’, finds Hector strumming gently at his acoustic guitar, delivering the first few lines solo, in a thin vocal style. The arrival of the rest of the band signifies more enjoyment: the booming drums show a love of Phil Spector and Brian Wilson, a fuller arrangement – largely dominated by multi-tracked harmonies – drenches everything in a 1960s honey and the generally full sound brings some good vibes. The arrangement and swelling vocals occasionally smother the hook they’re actually delivering, but no matter, as everything here shows a huge love of the retro pop in hand. Similarly, the title track isn’t short of pop goodness; only this time, the sixties harmonies come via a nineties filter, resulting in a great track that sounds almost like Badly Drawn Boy covered by The Bluetones for a b-side. Hector sounds very comfortable throughout; his high voice the perfect companion to a low and deep bass accompaniment. In the old style pop traditions sucked through each bar, this number is over very quickly, but with no flab or excess, it also shows Hector to be a decent songwriter, very much in the Justin Kline mould.

The instrumental cut, ‘I Ride My Bicycle’ is a quirky distraction. Sounding like a reworking of something from The Muppet Show by Jim Boggia, it presents just over a minute’s worth of jaunty piano playing, a rather pleasing jazzy drum and something that sounds like a uke. Of course there’s the obligatory bicycle bell, too. It doesn’t stick around long enough to become an annoyance, and as an interlude, it’s fine enough, demonstrating both the fun at the recording session and the potential fragments of music rattling around inside Hector’s head. The acoustic elements toyed with on a couple of previous tracks finally come to fruition on the closing number, ‘Good Times’. With more than a hint of The Faces’ ‘Glad & Sorry’ in the chord structure, the acoustic guitars are ably assisted by an understated organ and given the drum-free send off, Hector’s wistful vocal helps everything lean a little further towards dream pop, tweeness and late 60s pop. The arrangement is sparse, but quite lovely and it’s the perfect way to finish.

As the last notes fade, there’s a sense that this EP has been well constructed. Each of the tracks different enough to show a range of talents, yet just about si,ilar enough to convey the feeling that this singer-songwriter has a very clear idea of his musical vision. Hector’s voice – much like Justin Kline‘s – has a wispy, high tenor edge that might prove an acquired taste for some, but there’s no denying these four songs have strong arrangements and are driven by retro appeal. A release definitely geared towards the discerning power pop enthusiast, it’s certainly worth a close ear…and with a free download being offered, there’s really no excuse for not checking it out.