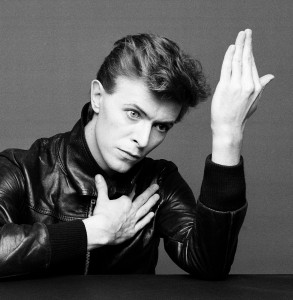 Bowie was one of the great entertainers. He gave us elabroate live shows in the 70s and as his albums got more and more adventurous, he not only found himself as one of the kings of the glam rock scene but with the help of Brian Eno and producer Tony Visconti created dark and atmospheric works in ‘Low’ and ‘Heroes’ which would prove absolutely essential in the birth of 80s synth pop and new romantic movements. Beyond the numerous hits during the seventies, his albums of that decade are rich with great arrangements and the complexities of 1970’s ‘The Man Who Sold The World’ – dangerously flawed as it is – and 1976’s ‘Station To Station’, in particular, open something new, a subtle twist, with each listen depending on the listeners mood.

The eighties saw a new lease of life for Bowie. Although not necessarily his most creative period, his record sales soared as he ushered in a new wave of fans. “I couldn’t let Phil Collins have all the money!”, he would later flippantly say of the overtly poppy ‘Let’s Dance’ album. This funny quote was so typical. Although he often took his art very seriously, his interviews – particularly in later years – were full of irreverent humour. Any fan who has not already done so should watch his TFI Friday interview with Chris Evans from the late 90s, or better yet, the cut and paste TV special ‘Bowie: An Earthling at 50’ from 1997, which captures him in a particularly odd mood, equal parts silly and obtuse. It’s wonderful.

Like any musician with a career spanning so long, Bowie’s work wasn’t always inspiring, of course. Subsequent attempts to recapture the pop energies of the ‘Let’s Dance’ album on ‘Tonight’ and ‘Never Let Me Down’ were flat and forgettable, while 1999’s ‘Hours…’ all too often sounded like a middle aged man retreating to safe territories. But for these rare missteps, even his later works could often surprise. We joined David in electronica forays, raised eyebrows when he covered ‘Cactus’ by Pixies and even right until the end, we never really knew what to expect from the next album, other than the fact that it would be Bowie. His critically acclaimed swansong ‘Blackstar’ is terrifyingly low key; a bass heavy work with jazz saxophones and haunting vocals, it presents forty minutes of music that rarely seems to raise it’s head beyond the cerebral but, at the same time, is oddly captivating.

Two days after the release of ‘Blackstar’ on his 69th birthday, David lost a battle with cancer. Musicians of his age rarely leave us with such a forward looking work. It’s just another reason why he has been influential to millions…and will always be so. On ‘Blackstar’s ‘Girl Loves Me’, Bowie repeatedly asks the question “Where the fuck did Monday go?”… No, David, where the fuck did you go? Your work here isn’t done. We weren’t ready to say goodbye. Not yet.

In the absence of any more words that even begin to make sense, Real Gone looks back at Bowie’s extraordinary career via video. Put the kettle on. Sit down. Let Bowie’s ever-changing persona speak for itself.