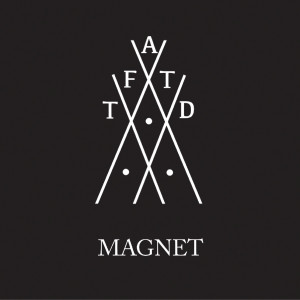 Post-rock quartet The Fierce And The Dead first captured the attention of listeners the artier end of the rock spectrum with their 2011 full length ‘If It Carries On Like This We Are Moving To Morecambe’.  While the intricacy of the album’s music inevitably found the band gaining the “prog” tag, the instrumental wig-outs pulled far more from various alternative rock sources, with elements of noise rock, often making their love of Hüsker Dü/Minutemen et al fairly obvious.  The following album, 2013’s ‘Spooky Action’ was potentially even more bonkers, showcasing four very talented musicians working their frenzied guts across a variety of angular rock sounds, with most of the material sharpened by brevity.  With no filler, ‘Spooky Action’ is potentially TFATD’s masterwork; in addition to the world of looped guitars and mind bending, gleeful complexities, Kevin Feazey’s bass sound – particularly on ‘I Like It, I’m Into It’ – comes across with a genuine force.  It is a record that anyone interested in quirky and thoughtful musicianship should lend an ear.

While the band made themselves busy on the live circuit and guitarist Matt Stevens busied himself with more solo recordings, things then went quiet on the Dead studio front until the ‘Magnet’ EP dropped in the summer of 2015.  Taking most of their previous traits and condensing them into a short duration, to say that ‘Magnet’ is intense would be an understatement.  In approximately seventeen minutes (plus a couple of extra rehearsal recordings chucked in for good measure), there’s so much to digest. The Fierce And The Dead invite you to crank up the volume and strap yourselves in…

First up, ‘Magnet In Your Face’ is potentially one of the band’s most straight-forward pieces, centring around a dirty riff.  That riff is key to pretty much everything, with Stevens and Steve Cleaton throwing themselves headfirst into a boisterous guitar groove that sounds like something appropriated from That Fucking Tank’s catalogue, only sharpened up immensely.   Behind that, the drums and bass crash in with a singular note on the beat and with an even dirtier sound.  The ensuing hard drum line gives everything an extra punch – the heavy and distorted riffing is instantly attention-grabbing whether you like it or not.  At the midpoint, things take a sharp left turn with everything falling away, and Stevens filling a couple of bars with crisp tinkling notes, sounding closer to the ethereal loop work on his solo album, ‘Ghost’.   In typical TFATD fashion, this shift is but fleeting and by the time the riff returns and crushes its way into your cranium a second time, the dalliance with clean melodies are in danger of being forgotten.  Building a wall of sound and then coming to a swift halt in well under two minutes, you could say the band have announced their arrival…and in a most spectacular fashion.  With such a direct, cobweb-clearing opener, there’s always that danger that everything else could come up short, but anyone familiar with previous TFATD works will know this quartet have a barrage of other quirks up their collective sleeve.

Bringing in more melody, ‘Palm Trees’ is one of the best TFATD numbers to date.  With a crisp sound, Stevens takes centre stage at first with a clean and tinkling melody, while Stuart Marshall’s drums drop in some particularly hard beats, the effect much like hearing John Bonham bashing snares at the end of a particularly long corridor.  By the time everything falls into place, the core of the number pulls heavy from a 90s alt-rock source with plenty of distorted guitar – the riff occasionally derailed by unexpected stops and fills – its metallic sound shimmery and so, so weighty.  This overall result is both melodic and tough, with each player bringing much of importance, but the real star is Mr. Feazey, throwing out unrelenting fuzz bass sounds which revisit the brilliance of the heavier moments of ‘Spooky Action’.  After an unexpected vocal shout, everything shifts once again to the main melody and we’re given the impression that ‘Palm Trees’ is coming to an end, but at the point where that natural end should be, there’s a heavy coda, with Cleaton and Stevens offering some soaring guitar lines atop another grubby riff.  In short, this is a brilliant track: most of TFATD’s key sounds are wedged into an epic four minute workout that’s constantly entertaining.

For those who’ve followed the band’s progress thus far, ‘Flint’ is a track that will already be very familiar.  Originally featured as the opener on the ‘Morecambe’ LP, it gets a welcome re-recording here.  Gone is the aggressive intro featuring multi-tracked sounds and feedback drones, and in place, a collection rattling cymbals, looped guitar and a heartbeat-styled pulse.  This instantly suggests that ‘Flint’ (2015) is heading somewhere more atmospheric.  With the subsidence of cymbals, Feazey takes the lead with a simple bass riff – easily recognisable as that from the first recording, but given a far better mix. His warm sound is always sympathetic to the toms holding the fragments together.  …And here, more so than on the other tracks, we get a real sense of how good a rhythm section this band has; showing that sometimes it’s not what you play that’s important, it’s what you choose to leave behind.  The overriding groove has a real soul and the addition of looped guitars – and subsequently clean-ish leads laying down a similar melody to the bass – aims to strike a chord with those who came looking for an accessible melody.   Trading in more of the more angular sounds for darker and more ambient drones, ‘Part 6 (The Eighth Circuit)’ offers something more understated.  The use of distortion and multi-tracking gives a full sound, while the cold air appears reminiscent of 80s goth.  Those drones rise and fall, often teasing with a simple melody, while Marshall pins the burgeoning melody with a strong percussive groove, but it’s not until he brings the drums in fully at about the halfway mark that this tune reaches full potential.  The gothy mood never dissipates and eventually the general coldness becomes mesmeric in its repetitiousness, not unlike The Cure’s underrated ‘Pornography’ disc.  By the time it reaches its understated end and the last notes drift, the opening bluster of ‘Magnet In Your Face’ already feels like so much longer than just seventeen minutes previously, such is TFATD’s ability to fit so much into four minute chunks.  Some bands couldn’t muster as much variety or excitement in seventeen albums.

By teasing with a couple of unchartered musical directions, we have something that’s very much forward looking; by revisiting the past and improving ‘Flint’, we have an equally strong sense of their ongoing evolution as a unit.  Naturally, extant TFADT fans will absolutely adore ‘Magnet’, but for the world of unfamiliar ears, it’s not exactly the worst place to immerse yourselves.  Kind of like the best musical sampler, the EP format plays like a brief CV. The important stuff is all here – crunchy riffs, jazz-inflected left turns like Firehose at their most obtuse, occasional soaring melodies, distortion and electronic drones from the schools of Sonic Youth and Godspeed You! Black Emperor, looped goodness and even some occasional Oldfield-esque tinkling – and sometimes all within three minutes.  Bringing their greatest facets together pretty much effortlessly (and making one of their best tunes even better), ‘Magnet’ is a very welcome addition to The Fierce And The Dead catalogue.

[The white CD has a bonus version of ‘Let’s Start a Cult’ recorded during rehearsals.  If you can find one, the black CD includes the ‘Cult’ rehearsal plus an extra rehearsal take of ‘Spooky Action’]