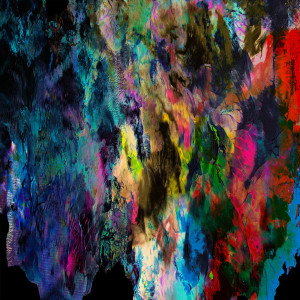 Although compared by others to Mogwai, if Cities’ almost ambient musical approach combined with the use of samples and visuals makes you think of Public Service Broadcasting, you wouldn’t be completely wrong.  There are some key differences, of course, but most importantly – unlike the works of Public Service Broadcasting – it’s not at all derivative and boring. Public Service Broadcasting are all about the samples, to the point where they’ve often forgotten to write interesting music; with Cities, their musical arrangements are the heart and soul of everything they do. Yes, you can spot various influences scattered throughout their ‘Manning Alaska’ EP – but there’s rarely a moment passes that where Cities haven’t added their own twist of musical magic.

With a pulsing electronic drone, ‘Clozapine’ begins the release rather darkly.  Then from the bottom end, high pitched electronic sounds emanate from the left speaker, as guitars rise from the centre.  With a solid drum beat providing an anchor, these sounds swell and build gradually until the appearance of sharp rhythm guitar lays down an unexpected funk rhythm.  The steady beat and measured structure occasionally hints at a piece of music found on the cutting room floor from Pink Floyd’s ‘Momentary Lapse’ sessions, yet at the same time, the sharper guitar lines and soaring electronica washes suggest something more modern.  As everything falls away to allow multi-tracked guitars to lay an atmospheric tone, there’s something special in the chord structure, something other worldly yet ultimately familiar.  Then, as Matthew James swings back in for a drum climax – sounding surprisingly natural given the amount of processed and electronic pieces within the cinematic backdrop – there’s little question you’ve just heard something quite exceptional. ‘Frontier Light’ changes the mood somewhat by introducing even more elements of light electronica, but this in no way affects the quality of the Cities sound.  Opening with a looped, ringing riff, the sound is uplifting, but it’s once the bass kicks in the magic really happens.  With its slightly warbly approach, the bass riff on this track nods towards the kind bass used on Royksopp recordings, but keeps more of the focus within a solid pop/rock foundation.   While the over-riding mood is almost Orb-esque, Cities have a quirkiness that makes them sound equally innovative as opposed to mere copyists.  Chris James’s bass is the lynchpin for everything happening around it; impeccably arranged and superbly played.  This has the feel of one of those tunes that totally encompasses the listener; it could stretch out long beyond the four minutes presented here and never ever feel dull.

Tapping into something even more ambient, ‘The Potential For Recovery’ fills six minutes with an array of lovely sounds, with the use of keys and samples that really set the tone.  The synths seem a little thin in places, though we should presume this is so not to obscure the many layers beneath – each bringing something of worth to the table. The guitar, appearing more dominant as the track gradually builds in volume, shows off a crisp tone from Stephen Cribb, but it’s yet another great bassline that eventually wins out, even though it’s a little slower in presenting itself.  Bringing elements of funk, like a distant echo of Guy Pratt’s work fused with a touch of earliest Daft Punk, James shows himself to be a really thoughtful player, a man knows when to pull back – a masterclass in how to fill space with the minimum of fuss while sounding equally impressive. Those looking for something busier, meanwhile, should find themselves quickly immersed in the sounds of ‘Ebb & Form’, a shorter piece where Cities plough headlong with fuzzy bottom end contrasted with a sharp staccato guitar riff.  Linking these two main features are some very eighties sounding keys.  There are so many layers here it takes various listens to take it all in, and here – more than ever before – the word “cinematic” sums up Cities’ sounds perfectly, shifting between chase sequences, busy montages and back again, as the beats throw off the time signature and Cribb cranks his guitar line towards a shrill post-rock sound.  Just brilliant.

Finishing with a mid-paced piece that delves farthest into electronica, the swirling keys and measured beats sound like a distant cousin to Jarre’s early 80s work, while the addition of understated looped guitar sounds invites comparisons to the somehow popular Public Service Broadcasting.  During the second half of this number, the closely knit interplay between lead bass and almost click-track rhythm hits on a timeless ambient groove, not challenging, but always full bodied, almost entrancing.  …And as the last keyboard notes clank into the fade, Cities leave us…and leave us wanting more.

A brilliant blend of electronica and proggy sounds, dressed up with flourishes of alt-pop and funk, ‘Manning Alaska’ has something for almost everyone who enjoys instrumental music with a strong sense of melody and an alternative slant.  To say this EP is pretty much perfect in its musical aims possibly wouldn’t be an understatement. In ‘Manning Alaska’, Cities have recorded an amazing EP; a release that should become the benchmark for others to follow.