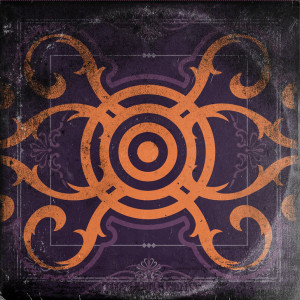 Progoctopus pull no punches on their self-released debut EP, ‘Transcendence’. By shamelessly including the word “prog” in their odd choice of band name, they instantly guarantee those listeners who come out in hives at the mere thought of Yes or Enchant or Dream Theater aren’t going to trouble them. This ensures the curious ears now left behind have a fair chance of loving their mix of classic prog rock, folk-rock and complex prog metal workouts right from first hearing.

Knowing, then, that this is going to be a full on prog circus, this Brummie Octopus never disappoints, going in with guns blazing from the outset. ‘Transcendence, Part 1’ begins with a quirky jazz-prog rundown, harmony vocals at the fore with an off-beat arrangement that strongly recalls Gentle Giant. This ensures they’ve instantly impressed the dyed-in-the-wool, perhaps older prog fan. It’s potentially somewhat of a wrong-footing, though, since this homage to the Shulman brothers never actually reappears in any large capacity, or even forms an obvious basis for the rest of the tune. That’s not to say the remainder is disappointing or perhaps even weaker in any way, just a tonal shift from the multi-tracked and multi-rhythmic vocalising in those opening bars. Moving into a full band arrangement, drummer Tim Wilson’s capabilities are evident from the outset laying down jazz rock rhythms with ease, before the band shifts once more; this time into a great metallic riff, all staccato rhythms and jarring atonal chords. There are hints of the brilliant Prospekt in terms of structure, though often with a stronger sense of melody. It is here, the band’s tough streak really asserts itself, before returning to something more melodic. Bringing back vocalist Jane Gillard, the first verse drops into a more classic rock vein, as her voice calls out above a tough but accessible riff. Her tones are friendly – somewhere between The Wishing Tree’s Hannah Stobart and ex-All About Eve frontperson Julianne Regan – and her performance alone should be just enough to win over any listeners not yet convinced by the music. There are parts of her delivery that are instantly familiar; some listeners may hear traces of melodies from Jadis’ ‘Across The Water’ album in the way the main chorus melody rises, but it’s more of a stylistic borrowing than any direct influence. Gillard’s voice is an immediately likeable one, no matter what she sings, it feels like a tale told by an old friend. Her clean sound range is at odds with part of the music, but that in itself is one of the many elements that makes Progoctopus so appealing – the juxtaposition between strong and clear vocals and heavier musical structures shows a band with supreme confidence in their abilities and arrangements, even at the start of their recording career. Moving into the second part of the title track, this allows for more instrumental prowess, with guitarist Alistair Bell often taking centre stage to show off a ringing sound, some dirty metallic chops and a fine jazz-metal infused solo, while some serious fretboard manipulation comes courtesy of Samuel C. Roberts, a man busying almost continually; it’s only with repeated listens you’ll get to take his performance in – and it’s spectacular! Gillard, meanwhile, adds ethereal wordless harmonies in a couple of places, before returning for a powerful reprisal of the chorus to bring things to an effective and memorable climax.

Tapping into a far more naturalistic sound, the acoustic based ‘Like Stone’ pushes Gillard’s soaring voice to the fore – a voice which, especially when backed with smooth harmonies, proves itself to be more than a match for the aforementioned Hannah Stobart or Heidi Widdop of Cloud Atlas. Fingerpicked acoustic guitars bring an equally lovely sound, but once again it’s Roberts who totally steals the show. Throughout these four minutes, he beavers with utmost professionalism, his smooth fretless work bending and shifting tones with utmost ease. Such a good sound – and it’s one that once taken on board with the other classic folk-prog tones that has a near timeless appeal. Stoking up the dirty staccato riffery once more, the epic ‘Carousel’ moves farther into prog-metal territory than Progoctopus’ other works, with the complex time signatures enforced by Wilson’s drum kit dictating the movement of the piece. Beneath choppy riffs, his approach to the kit is at once the sound of a man whose body is an extension of his instrument, yet still daring to be disjointed, jarring, complex and challenging in his delivery. Fills supplied by drum pads bring an occasionally unexpected quality, but his snare and tom work is top notch. Rising to the occasion, Bell’s guitar chops are sharp as a pin, his grubby tones contrasting the clean vocal throughout. It’s not a completely self-indulgent trip, however, Gillard’s sense of the melodic within a vocal plays a key role as always, her piercing tones bringing a lightness whenever she is called upon. It’s a near ten minute affair that shows all of the band’s talents off in one handy package (and reprises the chorus hook from ‘Trancendence’, turning this from just an EP of material into a bonafide suite), and while it doesn’t quite show off the complete spectrum of their influences, there’s a lot to mull over here. By the time things drop back into a heavily treated piano coda, if you’ve enjoyed what you’ve heard, there’s a fair chance you’ll be returning for more fairly swiftly.

Thankfully less bombastic and needlessly self-indulgent than Dream Theater, but far more complex than your average Mostly Autumn disc, Progoctopus strike a near-perfect balance of proggy sounds from a range of influences. Smart, melodic, contemporary yet somehow classically familiar, this fine first offering has so much to give the more open-minded listener.

[A short while after the release of this independently released EP, the band had a line-up change. They also shortened their name to Oktopus.]