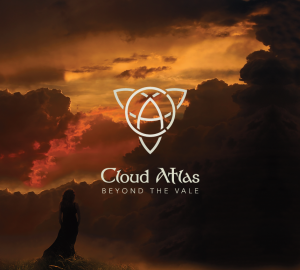 ‘Searchlight’ sets the tone for a good chunk of this debut release.  Not going in half-heartedly, the band go feet first into the deep end with a ten minute opener.  Following some atmosphere building – some world music vocals and soaring guitars – things don’t initially drop into the world of prog that some may expect. Ledger drives the band forward with a tough riff maintaining an excellent retro vibe, bringing some meaty rock to the table.  Before long, in turn, this counterbalanced by a semi-acoustic segment in pre-chorus.  During the louder moments vocalist Heidi Widdop belts her lines with ease, while also showing the ability to pull back when required.  Across the first five minutes there’s a constant push and pull between the aggressive and passive, the work of a really solid musical unit.  By the six minute mark, however, things start to feel a little repetitive – certainly the case when another chorus rolls around – and it starts to feel like the number has reached a natural end.  At the point where you might find yourself wondering how they’re going to fill another three and a half minutes, Martin Ledger steps up and fills the remainder with a vigorous but well-played guitar solo, showing some great blues-rock chops.  Nearing ten and a half minutes, he’s still going strong when the fade takes hold.  Although possibly in need of a little trimming, this is an impressive opening statement giving listeners a fair idea of Cloud Atlas’ scope.

Fewer chunky riffs inform ‘Siren Song’, a much gentler and reflective tune that opens with whale song and acoustic guitars.  The more hippie-oriented among the listening audience will recognise glimmers of seventies acoustic folk-rock, but the overriding tone – at least at first – is closer to early All About Eve than anything.  Widdop shows off the softer side of her range, sounding strong against the acoustics before a few soaring guitars fill space.  Once again, its the lead break – this time influenced by eastern sounds – that provides the number’s most memorable element.  It’s also here that in some ways ‘Beyond the Vale’s two flaws present themselves most obviously.  Budgetary constraints show that the drum sounds are particularly flat throughout – even with the volume knob cranked – and while the overall song lends itself to a nicely contained four minutes, Cloud Atlas insist on getting an extra three out of the tune for good measure.  Since most of the CA arrangements are more suited to an AOR/melodic rock audience, stretching them to please your average aging prog fan seems a tad unnecessary…

Taking the best elements from the first two tunes and throwing in a pleasing bass part with a funky edge, ‘Let The Blood Flow’ really shows off Cloud Atlas’ melodic rock credentials.  The rhythm guitars are dirty, the bass – lost a little in the mix – dances fluidly, while the lead vocals are gritty and occasionally reminiscent of Never The Bride.  The first three minutes of this number are a self-contained piece of enjoyable rock.  Had the band left it there, this would be nearing perfection, but rather bewilderingly there’s another five minutes tacked on the end… The rest of the tune shows off a theatrical bent – thudding drums and impending doom, an organ part straight out of a 1940s horror movie and a pleading vocal.  This second movement sounds like the bones of a completely different song – particularly so once a finger picked acoustic guitar steps up to counterbalance the doom with a musical innocence.  Perhaps it should have been cut and used for a different piece; it’s quite jarring following the tight and rocking first part.  Looking at what we have here, though, listeners can expect to hear more great bass work and a vocal that leans towards the theatrical as it gains momentum – in all, good performances from all concerned.   Prog fans may enjoy the overblown nature of this tune, but there’s definitely a shorter and near flawless rock tune desperate to escape from the clutches of indulgence.

Joining ‘Searchlight’ as one of this release’s best offerings, ‘Falling’ begins softly with a lovely vocal and acoustic guitar backed by synths.  Although true of most of the band’s quieter moments, this is really Heidi’s show, years of honing her performance shining through as she manages to nail every line without sounding overwrought.  By the time the rest of the band chime in – the acoustic melodies joined by ringing electric leads and the drums having a much beefier sound than the bulk of these tunes – the number seems already well established.  Surprisingly, the vocals do not rise in volume to counterbalance the fuller arrangement; they don’t have to – they’re right in the middle of the mix and very natural sounding.  Any increase in drama is down to Halford and Ledger, the pair driving the rock elements forward.  There’s a brief lull along the way, but from here on in, it’s all ears on a grubby rising guitar riff, with a cheeky influence from Pink Floyd’s ‘In The Flesh’ joining a more understated instrumental section with multi-tracked guitars and another cracking solo.  With Randall’s slow and methodical piano lines sounding like a loving tribute to Rick Wright, ‘Grieving’ is as touching and melancholy as its title suggests.  The opening piano lines are simple and repetitive yet swamped in emotion, Ledger’s guitar makes a timely appearance for some soaring leads and the base of some proggy atmospheres are laid down.  The introduction of bass and drums really ought to increase the overall volume of the piece, but again, the mix dictates everything comes forth at the same volume instead of allowing this the kind of range and cinematic scope it so deserves.  Widdop’s voice adopts a crying tone throughout, eventually pushing from prog sadness to full-on fist clenched AOR balladry, with the guitars stepping up with a chunkier tone to suit.  In terms of depth of feeling as well as strong melodies, this is Cloud Altas’ defining moment.

‘Stars’ has some great elements.  Starting gently with an acoustic riff, it’s kind of hard not to immediately think of ‘Stairway To Heaven’; not just in the execution, but also in parts of the over-riding melody too – something reinforced after the appearance of recorder.  It’s rather knowing and certainly won’t have escaped the notice of Cloud Atlas.  Initially, the lyrical refrain is a little repetitive, but its quickly evident this is a mere device to take things into the main tune.  With full band in restrained mood, it’s down to Ledger to steer the melody via another bendy bassline until the rocking chorus presents itself.  Like ‘Searchlight’, this presents most of Cloud Atlas’ best traits in one handy package.  Melody, bombast, a touch of folksiness and a slab of melodic rock – a fine five minutes is guaranteed.  …Except in CA tradition it clocks in at ten minutes plus, despite reaching a fairly natural conclusion much earlier.   The middle is in a much darker mood, although remaining largely acoustic; breathy vocals weave in and out of gentle strums and simple keyboard sounds, before returning for another go at that chorus melody.  Like ‘Let The Blood Flow’, its got a touch of cut ‘n’ paste about it…but unsurprisingly, the two featured lead guitar solos – almost like the glue pulling everything together – are both first rate.

‘Journeys End’ showcases more acoustic guitar softness, this time with the sounds of whale song replaced by the sounds of a flowing river, the initial sounds evoking All About Eve’s more ethereal works, with Widdop channelling a suitably wistful voice.  Keys and cello add an extra layer of depth, though never intrude over the main melodies; if Cloud Atlas had hinted at a new-agey approach on chunks of previous numbers, it’s here they embrace it fully, as a multi-tracked vocal implores for love and affection asking to “follow where you go”.   The coda breaks into a rockier arrangement, Ledger laying down a succession of simple rising electric notes, as Widdop implores to not be forgotten and to be set free in a well-worn but still pleasing lyric.  Finishing off with the fairly succinct ‘I’ll Take Care of You’, ‘Beyond the Vale’ ends with a slice of piano and vocal moodiness, allowing Widdop’s voice to take centre stage. While never quite scaling the tremendous heights of Tony Banks on the Genesis classic ‘Mad Man Moon’, Randall’s approach to the piano is masterful, and melodic, the perfect foil for a voice that increases in volume with each passing minute.  Climactic, emotive, stark – the stripped back approach really works here.   …And with the fading of the last notes, we are swept with the wind, possibly to another place of Cloud Atlas’ making, but therein lies another journey for another time.

Although comprising only eight tracks, ‘Beyond The Vale’ is a lengthy listen, the scope of the music leaning towards prog in its intents, even if – looking beyond some of Ledger’s well-crafted guitar solos – huge chunks of this appear to be fairly easy-listening in a rock sense.  There are some proggy moments, but not necessarily as many as you may be expecting.  Cloud Atlas show off some very promising talents and some of this material is very enjoyable indeed – ‘Falling’, ‘The Grieving’ and ‘Searchlight’, most specifically – but there’s always a nagging feeling that a more streamlined approach to the arrangements just might have resulted in a much stronger album overall.   Even so, if you’re keen on a little bombast and some guitar solo prowess, ‘Beyond The Vale’ should have more than enough appeal…it’s certainly better than most releases of a similar nature, even with the obvious padding.