In their original lifespan, the Dan Reed Network left the world three albums of superb funk rock. Poppy yet sophisticated, the band’s best work – though very of the period in which it was conceived – remains much loved by their cult of fans.  During those seven years, the band also released a string of should’ve been hit singles, though rarely troubled the charts.  Why DRN never really made it past cult status is a mystery – a multiracial act with a magazine-friendly image; backing from a major label; a tour with The Rolling Stones…surely they should’ve had the world on a plate. Most importantly, though, they had those songs: so accessible, so hooky and yet so overlooked.  Following their split in 1993, frontman Dan Reed ventured into with acting, appearing in a Red Shoes Diaries production and a couple of other things (including a self-written movie named ‘ZigZag’, which may or may not have started life as a project called ‘The Ocean’) and also owned a nightclub.  He dabbled with music, too, recording an album with Adrenaline Sky – including members of defunct funk-rock band Maggie’s Dream – and later released solo works, though nothing quite hit the heights of the Network’s peak.

Twenty years on from the original split, Reed began to tour again under the name Dan Reed Network.  The reinstated Network suffix was no mere cash-in, however; the whole of the original band were present for the re-birth, celebrating their past with audiences who were only too delighted to see their return.  Few audiences more delighted than the London crowd on this stuffy June evening, no doubt, some of whom were surely present when DRN played in London for the last time in the summer of 1993. 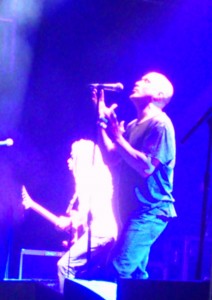 Following a thoughtful solo set from The Union’s Peter Shoulder, Dan Reed and his Network take to stage promptly. Reed asks for quiet as he “is meditating”.  Always a peace ‘n’ love kind of guy, it’s hard to gauge whether he’s looking for a brief moment of zen within the half-packed venue [upstairs mezzanine closed, as per usual], or whether he’s having a laugh.  Given the amount of fun, laughter and general silliness that fills moments of the following set, this never becomes clear.  Within seconds, the mechanical beat of the sultry ‘Cruise Together’ fills the venue as Reed slinks across the stage.  Although much older now, it’s obvious that he still loves being in the spotlight and knows how to work that stage for best effect.  Quickly moving into ‘Under My Skin’ and ‘Forgot To Make Her Mine’, seeing the Network in full flow is an interesting experience: four times rockier than they ever sounded on record, combined with appearing much older, the effect is – at least to begin with – sort of like viewing a DRN tribute band.  They’re a great band, of course – just not quite the same band you’re necessarily expecting.

‘Baby Now I’ provides the first opportunity for audience participation – a pastime of which Reed appears very keen – and its chunkier grooves greet the audience extremely well.  The much loved ‘Rainbow Child’ is slightly unsettling by contrast. Stripped of all of its studio shine and with Blake Sakamoto’s keyboards not especially audible, it sounds meatier than ever before. Reed’s lead voice conveys most of the familiar melody, while Brion James’s guitar lines are a touch wayward.  By the time he reaches the guitar solo he’s clearly having a fun time, but what emerges resembles a bunch of notes that aren’t always in tune.

From this point on, however, the Network really, really hit their stride.  The commercial ‘Make It Easy’ and ‘Come Back Baby’ thrill with their still superb hooks, while rhythm section that comprises Dan Pred (drums) and Melvin Brannon III (bass) proves to be a top notch pairing, never missing a beat.  When the time comes for Brannon to show off his hard funk chops with a bass solo, he at first teases everyone by scat singing an approximation of a jazz-funk bassline acappella style.  A driving rendition of ‘Ritual’ provides a high point, bringing everyone together in unison – on stage and in the audience – with its unavoidably 80s stylings sounding as good as ever.  Absolutely screwing his huge chord at the number’s climax, James jokes that he’s attempted to play something in J#, much to the hilarity of everyone.

There then follows a most unexpected detour.  Someone from the crowd heckles for ‘Tamin’ the Wild Nights’, to which the band acquiesces, despite not necessarily remembering it so well.  It’s been two decades and they’ve not rehearsed it this time around, but after a bit of tinkering and Brannon turning his bass down, the band manage a more than credible rendition of the first verse – enough to be a reminder of what a truly brilliant song this was back then…and still is.  The impromptu approach continues with the band teasing with verses from ‘Mix It Up’, ‘Lover’ and ‘Doin’ the Love Thing’ – much to the audience’s delight – before bringing things back on track with a storming performance of the big ballad ‘Stronger Than Steel’, with Reed’s voice sounding very confident.   Finishing the main set with the funk-rap ‘World Has a Heart Too’, a surprisingly hard sounding ‘Seven Sisters Road’ and crowd-pleasing ‘Get To You’, everyone sounded ready to tear off the roof.  Although much harder in these surroundings, every reason to love DRN is still here in spades.

Thanking the audience once again, Reed says there are more shows on the way and how they’re off to “Glasgow tomorrow neet!”, complete a with comical Scots accent – one he’s hopefully not going to revisit when he gets there.  He also says the audience are “gonna blow out mah beef curtains!” – possibly, given the context, it’s a phrase he doesn’t understand!   In a bigger act of silliness, reappearing on stage for a brief encore, Reed is wearing a rubber horse’s head (“no idea what this was doing backstage”), before singing “horsehead in a dress” to the amusement of everyone.  Finishing off with a tough take on ‘Tiger In a Dress’ and an acappella ‘Long Way To Go’, the show ends on a sombre, yet touching note.

For those who saw Dan Reed Network in the 80s and 90s, this return absolutely does not disappoint.  For those – like this reviewer – who missed seeing them back then, it also marks a return that’s so, so welcome.  They’re a band that still has so much to give their audiences and – in the words of their own song – has a long way to go.  …And with new material in the works, there’s more than nostalgic brilliance at play next time around. Let’s hope this second voyage for the Dan Reed Network presents a long journey. 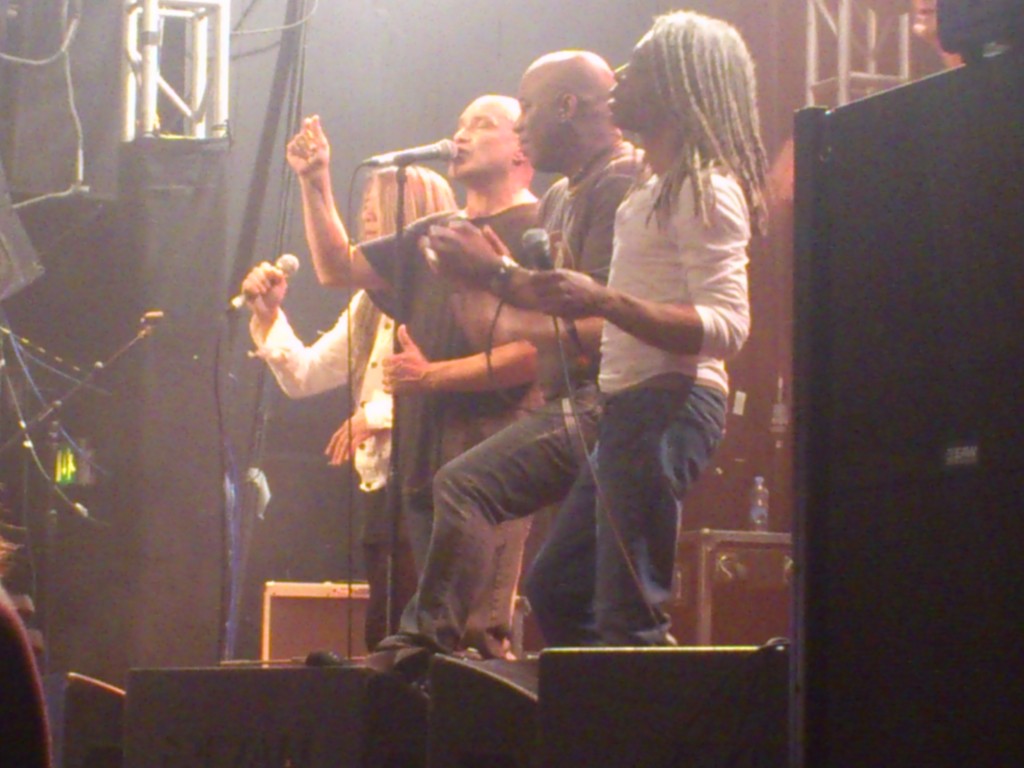