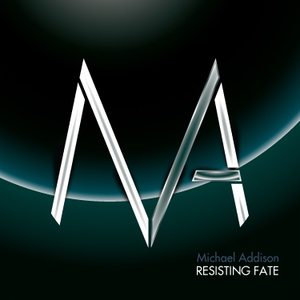 Teaming up with sometime Collective Soul man Ryan Hoyle, Addison takes a slightly rootsier path this time out, most attempts at hard rock are pushed aside for softer acoustic arrangements.  His reflective approach rarely sounds better than on ‘We’ll Be Coming Home’ a gentle waltz in duet with Vanessa  Bryan. Addison’s voice, hushed and calling out to the listener is the perfect foil for such an understated arrangement, as bristling rhythms underpinned by a warming bass.  With the arrival of a harder backbeat, the instrumental break – although brief – is home to a wonderfully echoing solo.  As things swell for the last chorus, the pastoral sounds not a million miles away from the quieter strains of the brilliant Collective Soul, you may find yourself asking what happened here – there’s little to be recognised from Addison’s prior release and it is all the better for that.  A similar, but slower, pastoral feeling informs ‘Alone’, with the acoustic guitar supplemented by a few piano lines.  As before, Addison’s softer voice never feels any need to force itself too far above the rest of the band to assert his confidence; Bryan’s counter voice fills any space in a very inviting fashion, and the lead guitar leans towards the rootsy.  Although possibly sounding a touch formulaic after ‘We’ll Be Coming Home’, it is clear this formula doesn’t need messing with.

More introspective still, the plainly worded ‘Soulmate’ finds Addison backed by a string section as he delves further into his role as acoustic-wielding troubadour.  The strings are lovely in their unassuming role – rather like those that helped form Mike Viola’s ‘Acousto De Perfecto’ – and by the time Vanessa Bryan chimes in for a second verse and end choruses, this tune sounds like an old friend.  It’s nowhere near as good as ‘Tonight’, however, a dark and brooding track trading in acoustic guitars for cleanly plucked electric guitars – again evoking the softer side of Collective Soul – before a sparse drum line beefs everything for the second half – an impressive coming together of voice guitar and strings.  The sadness in the number slowly unravels and by its end, it sounds like one of those melancholy alt-rock mood pieces you’ve known forever.  A throwback to previous work, the guitar driven ‘In Decent’ represents Addison the rocker, only this time he really sounds as if he means it.  Instead of channelling a post-grunge sound, he opts for something closer to The White Stripes’ ‘Seven Nation Army’ as he loads a simplistic, direct riff with plenty of fuzz.  This feels like a cuckoo in the nest with regard to the rest of the release, but on the other hand, for those who felt disappointed by the stylistic choices made on ‘Blinding Shadows’, this might just bring a little solace.

While ‘In Decent’ certainly feels misplaced, it’s a strong enough track.  ‘Resisting Fate’ has one really obvious weak link in ‘I Will Rise’.  Chopping in pleasant acoustic sounds for hard plucked folksier elements, Addison shamelessly apes the horribly over-rated Mumford & Sons for two and a half painful minutes.  Just as Mumford’s banjo fatigue quickly sets in – not to mention the extra irritant of their fake folk credentials – Addison sounds equally as irksome when tackling similar sounds.  Sure, there’s enough gusto in the performance to sustain its duration, but this isn’t the singer-songwriter’s strong point.  In fact, just as the autotune of ‘Blinding Shadows’ represented bandwagon jumping, this tune is a far worse example of shamelessly cashing in on something populist.  Given that he’s shown us how good he can sound in a far more naturalistic setting, this track rarely feels like any more than a colossal waste of Addison’s time and talent.  [Listeners should note that even this near-disaster isn’t completely without merit: a quick and spritely guitar solo offers a brief glimmer of enjoyment.]

Forget ‘Blinding Shadows’ – this is the real deal; a release that gets us much closer to the heart of Michael Addison.  Proving that he sounds better when not trying to emulate others, this combination of pastel sounds, strings and occasional heart-rending is a largely enjoyable – not to mention largely unexpected – listening experience for those who like music that leans towards the open and confessional.