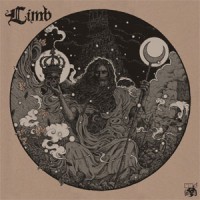 ‘Daemoness’ continues in a hugely sludgy style, effectively upping the tension with Rob delivering each line very slowly as Jodie Wyatt pounds the drums with an equally slow and measured approach.  Aside from dropping down to accommodate a couple of clean guitars between verses – increasing the spookiness while allowing the warmth of Sam Cooper’s bass to cut through – it’s a three minute barrage of slow riffs designed to thrill doom metal aficionados. It’s drawn out, simplistic sounds slide effortlessly into the two part ‘Eternal Psalm’ – the first part essentially a slow, acid drenched groove pitching the band somewhere between Down, Crowbar and Cathedral.  Heaviosity rules, as Pat Pask cranks out tones that sound for all the world like a two-man assault, before the second movement allows a freer groove to bring in something more buoyant, like the core moments from Fu Manchu’s classic album ‘In Search Of…’.  The token gestre to a quasi-dancability soon gets smashed into oblivion by another downtuned, crawling and ominous presence, however. Frankly, if you don’t like Limb by this point, precious little is about to change your mind from here on in, although their brief sojourn to something faster provides a strong basis for ‘Gift For The Sun’ whose intro of repeated fuzz guitar and cymbal-less drumming is almost an equal for anything recorded by Kyuss.  Between the bounce and crunch, the band shift time signatures wilfully, before devoting the mid section to some more fuzzy lead bass.  This (briefly) provides something extra for listeners to contemplate although, naturally, Limb never lose sight of their goal of ultimate heaviness.

At barely a minute, ‘Never Speak Ill of the Dead’ shifts into hardcore territory, tackling throat-bleeding, grinding and wanton noise-making more akin to Leeds anger-factory Cattle, before ‘Vathek’ closes the album with another slow and lumbering – albeit brilliantly played – blend of Sabbath and Electric Wizard.  Brief flashes of lightness come courtesy of clean guitar tones, but these are tempered by a very old-fashioned drum sound akin to a metal recording circa 1972 – dense and leaden the watchwords here – elements which, again, capture Limb in a very heavy mood.  Nearing the close of what proves to be another brutal five stoner-grooved minutes – the band launches into a section that’s a brazen rip of ‘Iron Man’, taking Ozzy’s almost cartoonish delivery and Tony Iommi’s melody and regurgitating it in a hugely broad fashion, Rob’s loud and almost comic metal volume making the whole thing feel (almost) panto-esque.  It may have been envisaged as a tongue-in-cheek homage to the subgenre’s forefathers, but it also represents the only time Limb really falter in their art – a case of their trying just a little too hard.  By the time you’ve realised they might just be allowing their masks of seriousness to slip, they finish with a slow and brooding riff for a few more bars before slunking off…leaving the listener in a potentially stunned silence after what was essentially a thirty three minute slap in the face.

Unlike Down, Monster Magnet and – perhaps to a lesser extent – Orange Goblin, Limb never seek to temper their sludgelord tendencies with anything as complex as their forebears and core influences. There are brief flirtations with garagey guitar sounds and of dark psych, but whereas other bands have taken those other influences and delivered spaced out gold (Monster Magnet’s cast-iron classic ‘Cage Around The Sun’ being a shining example), Limb prefer to keep these moments very brief.  In some ways this makes their debut a bit of a slog to get through in one sitting; on the other hand, it’s hard not to admire their almost singular outlook. Ensuring their sounds will crush most who attempt to cross their path, Limb may never be subtle, but more often than not, this album is a winner – almost guaranteed to win over those who worship at the dark alters of Sleep, Acid King, Goatsnake et al.  Love it or hate it – you can’t ignore it. Limb’s eponymously titled debut is a force of its own.