Duke & The Darlings are all set to release a new single on Friday 20th December.

‘Svengali Says’, taken from the Manchester alt-rock band’s yet to be titled EP, will be available via iTunes and Spotify.

The follow-up to 2013’s ‘Champagne of the People’ [review here], the band’s new EP will be released on Sweet Sweet Records in March 2014. 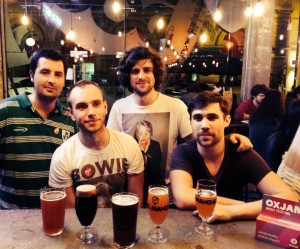