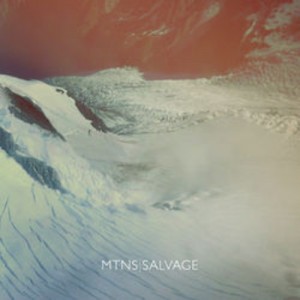 Like so many electronic based artists, MTNS’ favoured approach of loading up the keyboards in place of “real instruments” and reliance on programmed elements makes this Australian outfit’s work appear rather cold at first.  Once you’ve broken through that mechanized wall – much like many of electronica’s strongest artists – there’s an intermittent dreamlike world awaiting.  Once the pieces settle into place, the music’s surprisingly huge presence pulls for an emotive response.

The best example of the music overshadowing everything else comes during ‘Crave’, a number of epic proportions.  The bulk of the music weaves itself from blankets of synths hammering out long chords, but unlike most of MTNS’ debut EP, the guitar plays a major role.  Mixing up the mechanical edges with clean and crisp guitar parts brings forth a huge sound… Although nowhere near as fragile, the main melody occasionally tips its hat to material from The Blue Nile’s wonderfully bleak-yet-touching ‘Hats’, before the enormous climax owes more to progressive rock with its sheer force and layering.  No matter how you choose to pick this apart, though, the end results are spectacular.

Oddly, this is not considered the band’s lead track – nor is it the number that’s garnered them the most attention from legendary radio station Triple J… That lead track, ‘Track of Time’ is much more sedate; the wonderful grandiosity moves aside for musical elements far closer to radio-friendly electronic pop. A few autotuned moments (used purely for effect) weaken things in comparison to the EPs other numbers, but there’s a strong chorus on hand to balance this.  While bringing a slightly woozy vocal style, there’s a more striking melody in the driving seat, something the teensiest bit reminiscent of Florence + The Machine’s quietest leanings.  It is, perhaps, this familiarity in the vocal melodies that attracted the band’s earliest champions and Triple J and  it’s not too difficult to hear why this is a great piece of electronica.  It pales in comparison to ‘Crave’, but then,  it’s not hard to imagine most electronic music being swept away by the sheer force of that particular track.

The remaining two numbers aren’t without interest, either.  The clear divide between the deep drones and human voice during the title cut provides a clear snapshot of the MTNS sound; the female voice adopting a deep-ish, almost husky tone against the slow, deep beats.  While this number could be seen as basic, MTNS clearly understand that its fuss-free nature is where the strength lies.  They reprise similar pulsing atmospheres for ‘Fears’, but with ever greater effect.  Like ‘Track of Time’, the combination of desolate musical soundscape with a more tuneful chorus results in a great piece of electronica.  It may not be enough to win over those who’d prefer a few more guitars on show, but that’s a small point – they were unlikely to be MTNS’ target audience.

Unlike other synth-rock acts (such as Metric), there’s far less of a desire here to make the jump and try and attract “alternative” listeners…but going on the strength of ‘Crave’ alone, there should already be a more than enthusiastic audience to soak up MTNS’ style.