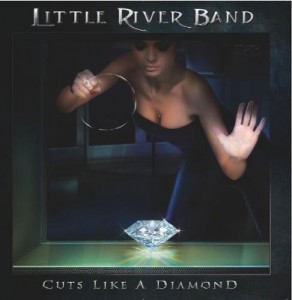 Some might sniff at the concept of there even being a Little River Band by 2013, since none of the original members are present, but by this point – and with legal wrangling behind them – there wasn’t any chance of ever roping in any of those guys.  We have to settle for what we can and at least this line up of LRB includes a man who has been in the band since 1980 and to be fair, by most band’s standards, thirty three years is a bloody long time.  Whether or not you feel this represents LRB in name only, the quality of the song writing is very high.

The best of the bunch, ‘Who Speaks For Me’ is a brilliant soft rocker – potentially worthy of achieving classic status.  Wayne Nelson’s lead voice straddles just the perfect balance between melody and grit, while staccato guitar lines play against a drum that almost evokes a desert landscape, with occasional ringing leads – a great sound all round – before turning to something a little more uplifting for the chorus.  Elsewhere, there’s a great lead guitar break, as crying leads add a real atmosphere before some killer twin leads add a hearty melody.  The main groove here is so very 80s, but with hints of Diesel and solo Ian Moss (circa ‘Matchbook’)  in there, it’s also defiantly Australian.   Also a standout, ‘Love Is’ is an acoustic ballad – settling for a sound somewhere between Lowen & Navarro and Hall & Oates in a very soft mood – where soft strummed strings play well against soft electric leads while the band indulge in some multi-tracked harmonies.  Yes, it’s sappy, but as far as this kind of balladry is concerned, it’s well put together.

These two tunes are nestled at the end of the record; it’s only fair you understand how great this pair of tunes are since, sadly, the rest of ‘Cuts Like a Diamond’ tries its best to ensure you’ve given up by then.  Not that there’s anything wrong with most of the actual songs… Indeed, most of them are finely crafted pop ditties like you’ve come to love from these guys and their niche of AM radio friendly soft rock.  No, the big problem here is the choice of production style.  It’s unrelentingly shiny, to the point where most of the vocals are tweaked and the harmonies…the harmonies are so clinical, there’s absolutely no evidence of LRB being a band who could pull off a decent live vocal.  Considering the band were often been keen to big up their vocal prowess – and since head Eagle Glenn Frey once proclaimed them “the best harmony band in the world” – this seems somewhat of an odd stylistic choice.  A more rootsy sound, something akin to [sadly missed] fellow Aussies The Badloves, surely would have been a better move?

‘The Lost and The Lonely’ has a fantastic AOR base, with soft chopping guitars, ringing counterparts and a killer chorus – all the right ingredients for an instant classic, especially taking a great lead break and an overall strong sense of melody into consideration.  The vocal filtering makes it almost unbearable to listen to in places, though, especially when you know these guys can sing perfectly well without the aid of so much post production.  …And this approach seems typical of so much of ‘Cuts Like a Diamond’: both ‘Forever You, Forever Me’ and the title track are great pop tunes and ‘Way Too Good’s new-country/pop should have masses of appeal (it’s well arranged, as always), but any sense of life has been sucked from these performance courtesy of far too much knob-twiddling…

The Danny Tate-esque ‘Where Do I Run To’ had all the potential to stand alongside ‘Who Speaks For Me’ in terms of rootsy enjoyment. Its bluesy guitar leads hint at the open road and a retro electric piano fills spaces excellently.  Once again, though, the band have succumbed to perfection via studio shine rather than settling for something more natural – and it spoils the overall mood. The sappy ballad ‘Someone’ gets off on the wrong foot by having a vocal that sounds like something that would suit Sir Cliff, but for those willing to look past such syrupiness, it’s a tune with some lovely features. A gentle melody gets the best from shiny guitars and 80s keyboards, while a lead bass dances effortlessly without ever overshadowing the tune’s relative simplicity.  Maybe the daytime TV saxophone is MOR overkill and this pure easy listening style doesn’t represent the best of LRB generally, but at least it’s less tweaked.

As far as “comeback” records are concerned – even with the major vocal annoyance to contend with – this is a thousand times better than Player’s sorry effort [2013’s ‘Too Many Reasons’], but in LRB terms, it’s very much a case of “…close but.”  …And to think, they entered the studio with material mostly strong enough to make it a stellar return, too.  Shame.