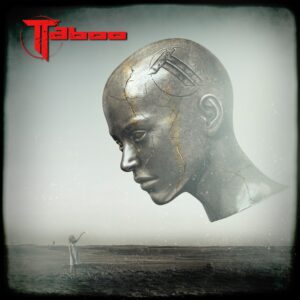 When it comes to hard rock, the Scandinavians have always had a really good ear for a melody and chorus. Throughout the 90s when melodic rock and AOR was hugely unfashionable, the Swedes’ knack for delivering classic, big haired sounds continued unabated, and in metal terms, twenty first century heavy hitters like In Flames and Opeth have more than shown how once extreme subgenres can often benefit from a finely tuned melodic streak. What’s more, they’ve achieved this with so much more style than their US counterparts.

The same can be said for Danish band Taboo. A new arrival on the rock scene for 2022, but featuring a couple of old faces, the musical project teams H.E.R.O vocalist Christoffer Stjerne and Pretty Maids guitarist Ken Hammer, with the intent to do something a little different from their day jobs. Their debut album proudly boasts the kind of huge chorus hooks you’ve come to know from Pretty Maids, but trades in some of their big haired, 80s cheese and bombast for something not only with a bigger crunch in places, but also a slight electronica twist.

The main thrust of the band’s crossover sound is really obvious during the opener ‘Flames’ with its droning intro and heavily treated guitar. Kicking into the verse, a crunchy guitar riff hints at the heavier end of the melodic rock scale, whilst a pulsing keyboard lends a sound that’s rather more of the alternative persuasion. Hitting the chorus, with Christoffer reaching for a few higher, lighter notes, an AOR flourish battles against the crunch, and the end sound – always pulling in both directions – is terrific. Ken is obviously relishing the moments when he gets to wield a heavier groove, and when it comes to the middle eight where synth strings and mournful guitars usher in a more forlorn vocal, Taboo show an even greater range. Very much reaching for bigger and better things, ‘Bleeding’ opens with a driving metal edged riff that would suit Cleanbreak, but then does a massive u-turn by presenting muted guitar parts against a deep bass, and an emo-ish vocal really taps into a semi-alternative sound. Very briefly, there are echoes of The Rasmus and their light goth-pop, but a sledgehammer riff driving into the chorus sets Taboo on a great path where a massive crunch and AOR hook once again challenge each other for dominance, but with neither truly winning out, the heavy melodic rock sound really shows how great this duo can be. By the time the chorus makes its last appearance, loaded with multi-layered harmonies, it feels like something you’ve known forever.

‘Demons’ crashes forth with one of the album’s heaviest riffs, and places that atop a few extra layers from the guitar, a grinding bass and curly vocal. It’s very much a natural extension of the previous tracks, but a bridge section featuring soundtrack like keys and some unexpected pneumatic rhythms appear to shift everything towards light industrial without losing sight of a massive melodic hook, before ‘Into The Sun’ shares a big, emotive vocal that sounds more in tune with a lot of Euro pop, and contrasts that with a wall of sound chorus where soaring voices are underscored by ringing guitar sounds, and a clean layer of keys. If not for the very old fashioned lead guitar break, there’s something here that could easily be retooled for a rock act at Eurovision – not a criticism – such is the focus on a direct and natural hook. Not even Taboo can keep up the big crunch forever – great at that as they are – and ‘See You Again’ ventures even further into a world of meaty pop, where Christoffer sounds as if he’s been absorbing old Savage Garden records on the opening verse, before taking a brilliant pop influence into something more in tune with Taboo’s main interests. By the second chorus, the crunch very much returns, but more than ever here, there’s a feeling of a great pop/chart hit being smothered by too many rock interests. Even so, the melodies are very strong, and the chorus especially manages to deliver something hugely infectious.

Finally opting for something more of a pop/rock persuasion, the spacious feel of ‘Daydream’ allows for a few acoustic flourishes and a slower pace places Christoffer’s voice at the fore and he uses it in a way that isn’t afraid to tap into the melody’s poppier feel, and there are even a couple of moments that might remind some of Max Martin’s punchy style back in the 90s. It’s one of those tracks that, whichever way you approach it, manages to highlight Taboo’s brilliant potential, and with Hammer dropping in one of the album’s best lead breaks – a few bars of very 80s emoting – it definitely takes a place as a highlight. ‘Learning To Breathe’, meanwhile, doesn’t sound like a standout at first due to an unsure verse, but arriving at a chorus that delivers a huge emo-influenced melody drawing from the 90s and bands like Neve, and combining that with a few huge whoahs on loan from Fall Out Boy and Thirty Seconds To Mars, it eventually blossoms into a neo-anthemic rocker that feels almost timeless. Like a lot of those bands that got tagged “modern rock” in the late 90s and early 00’s, there’s a great melodic rock influence running through the centre, even if its not melodic rock as the purists would have it.

Overall, in lots of ways, Taboo’s core sound has a presence and feel that isn’t so far removed from label-mates Ardours with its heavy keys and occasionally darker sound. If anything, though, these Danish lads do a much smarter job, and in never shying away from the kind of huge chorus hooks they could’ve taken to their other bands, there’s still a melodic edge that’s waiting to soar. At their best, there are a few songs here that really stick. With all that said, Taboo (the band or album) won’t necessarily make much of a connection with the old school rock fans who remain attracted to Frontiers Records for Journey and Foreigner style, classic AOR fare. Some of them will certainly find a few of the chunkier riffs combined with the heavier electronica far too “modern”. Those who “get” this album, though, will absolutely love it. Between riffs that sound both fresh and retro at the same time (albeit a very different kind of retro in comparison to Frontiers’ usual stock), this debut is one of the year’s most welcome surprises.