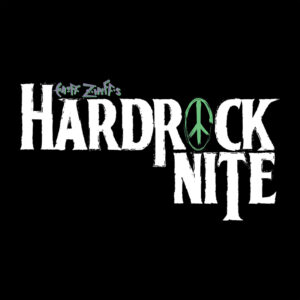 Their 2021 release ‘Enuff Z’Nuff’s Hardrock Nite’ will truly test how far that fan loyalty and patience will stretch. Delivered a little over a year after the hit and miss ‘Brainwashed Generation’ and literally weeks after a triple CD set of unreleased oddities from the archives, it feels like the world has experienced EZ’N overload. Obviously bands have to make up for a loss of earnings caused by the global pandemic ceasing tour schedules, but this is definitely a case of “too much too soon”, to borrow a phrase befitting New York Dolls. That might be more forgivable had Chip found something else decent in the archive, but this sixteenth proper studio recording comprises several Beatles related covers, presented in a way that firmly suggests that it was born from an unimaginative premise and then knocked out on the quick and the relatively cheap during lockdown.

That’s not to say there aren’t some good moments along the way. The source material is great, after all. Lennon’s dark ‘Cold Turkey’ translates very well into a glam stomper, with dirty guitar work sounding as if it’s been transposed from old Warrior Soul albums whilst Chip applies a curly vocal to a sinister lyric. Being a solo Lennon tune – and that word is used sparingly – it never raises above a stodgy four-four stomp, but it doesn’t need to. Within these four minutes, EZ’N sound like a tough hard rock unit, and with Tony Fennell and Tory Stoffgren eventually launching into some great lead guitar work – at first slow and bluesy, eventually rising into a full hard rock cry worthy of a 1991 vintage – everyone within the current EZ’N family gets time to shine. Similarly, ‘Revolution’ comes with plenty of muscle, a full compliment of guitars and the kind of swagger expected from the familiar tune. Chip’s lead vocal sounds strong set againt the fuzzed out groove; a cleaner wordless backing vocal fills spaces with a power pop cool, and by the time the guitar solo is reached, EZN sound very much within their comfort zone. This is to be expected, of course, since ‘Revolution’ has been part of the band’s live set in the past. Z’Nuff has such a history with this song, to screw it up would’ve been a genuine travesty.

Also decent, a take on ‘Back In The USSR’ pits the surf pastiche core against a very Cheap Trick-esque guitar part and comes up with a relative winner. The lead guitar work is sharp; the main riff even sharper. Even a heavier approach doesn’t kill the sense of joie de vivre the song brings, and a heavily treated lead vocal very much calls back to the band’s darker past on bits of the ‘Tweaked’ and ‘Paraphernalia’ albums. It’s a reminder that even at this stage of their career – and regardless of line up – EZN can still pack a punch when they really try. A pair of post-Beatles McCartney compositions are a little braver and don’t always work so well, but both have their moments. ‘Live & Let Die’ is home to some stately piano, but doesn’t quite sustain the hoped for greatness once Chip starts to sing. His voice is just about suitable, but conveys none of the drama of the flawless original cut. The chunkier guitar parts are handled more than admirably, and here are plenty of times when this could be preferable to the grandiose Guns N’ Roses cover, but there won’t ever be a time you’d likely pick it over the original. The brilliant ‘Jet’, meanwhile, also boasts a strong guitar part, but suffers a little for a having a vocal range that’s more than a little beyond Chip’s general capabilities. There’s still no escaping how much fun – and how rousing – the massive woo-woos are, and the unexpected Thin Lizzy-esque twin lead break adds an unexpected twist, but this is neither as perfect as the Jellyfish rendition or as brilliantly inventive as The White Swan’s drastic re-imagining.

Perhaps the most natural of all, a six minute arrangement of the psych classic ‘Dear Prudence’ has all of the tye-dye haze of EZN’s earlier output, and a wealth of ringing guitars shimmer proudly over a solid rhythm section. Neither Daniel Hill (drums) or Z’Nuff (bass) work very hard, but the fact is, they really don’t need to. Much like The Beatles’ original recording from 1968, the music is more than happy to amble whilst the lead vocal takes charge. And despite an obvious vocal limitation, Z’Nuff sounds very easy when curling himself around the equally hazy vocal melody throughout. Even when launching into the song’s crashier climax, the whole band sound as if they actually believe in the material, with Tony’s soaring leads complimenting the ringing rhythms very naturally and Z’Nuff’s delivery of the main hook holding firm. By the time everything descends into a world of phased effects and a top notch guitar solo – pulling the psychedelic Beatles into the realms of late 80s big haired glam – there’s little doubt that this has been this album’s best tune; good enough to give the project more merit than it perhaps deserved, though not single handedly capable of rescuing it from being somewhat disappointing overall.

For the all the good material, unfortunately, this collection of covers offers an almost equal amount of bad performances.‘Helter Skelter’ is a particular offender on this front. Previously, it always seemed like a tune that couldn’t be killed; through Siouxsie & The Banshees’ punk oriented take, to Dana Fuchs giving it the full on blues screech, and Pat Benetar bringing it to a melodic rock crowd, it stood firm. It endured Rob Zombie gaving it a heavy send off, and U2 delivered it as a full blooded stadium rocker and it retained its stately, classic status. Even a (probably) inebriated Motley Crue failed to kill it. The version here is so awful, there are almost no words to describe how bad it actually is. The intro is wilfully off-key; Chip’s vocals against the opening guitar have the air of a man hopelessly out of his depth, and by the time the main riff crashes in, EZ’N sound like a bad hard rock band lumbering through a worn out cover after half a bottle of Jack. …And all of the ugly elements only make it seem even more slow and cumbersome. The slow and painful crunch represents a tired band really going through the motions; there’s a half decent lead guitar break from Fennell, but by the time that arrives, it’s too little, too late. The two minutes of pain preceding it cancels out any goodwill.

One of the greatest pieces of baroque pop ever written – beaten only by another McCartney composition, ‘For No One’ – ‘Eleanor Rigby’ should never have been transformed into a guitar-led rocker. On the plus side, the arrangement sounds like about a dozen old EZN deep album cuts – though, naturally, sorely lacking the departed Derek Frigo’s brilliant flair – but the riff really jars against the familiar narrative. Chip’s voice is fine at times, but again, doesn’t quite stretch to the melody in hand. All things considered, the rock ‘Rigby’ sounds forced and unnatural, worthy of one cursory listen before the mind erasers need to be applied. You’d think, given their glam and power pop past, and natural affinity with great retro pop, that EZN could make a great fist of ‘Magical Mystery Tour’. Well, you’d be wrong. They heavy up the original riff, sucking the life from it in the process, never sounding much more than a fourth rate power pop band with a fixation with fuzzy effects. Adding insult to injury, everything is pre-faced by heavy handed, slightly crass circus music. The idea is presumably that it’ll all be fun. It isn’t. It’s ugly, and any circus themed embellishments just make Chip and co appear to be musical clowns in the process. Dragging the original’s brief and sparky pop over a bloated five minutes really doesn’t help its cause either. …And when Joe Cocker’s cover of ‘With A Little Help From My Friends’ still manages to sound like the definitive take some forty three years after recording, you have to question why EZN would even bother recording the song at all. You’ll find a pleasing guitar solo and deftly executed twin lead during the coda, but it’s a long road up until that point. In stretching the song across seven minutes it becomes a little dull, and the lengthy approach applied to Joe Cocker’s slower arrangement – as beloved by so many US bands – only serves to draw closer attention to any musical cracks within this line up of the band, with EZN very obviously long past their best.

This is the kind of record that, with Donnie Vie on vocals and recorded somewhere around 1995, could’ve been a great tribute. With Enuff Z’Nuff now limping ever further towards retirement and comprising bassist/founder Chip Z’Nuff and some blokes, some of it seems…more a little desperate, to say the least. That said, almost everything would’ve been more effective if only the songs had been eked out one at a time, either as digital b-sides or bonus tracks on several albums. Chip’s commitment to the band and their power pop legacy is without question, and long time fans might find a half dozen cuts here that’ll find their way onto iPod playlists or wherever, but it doesn’t escape the fact that ‘…Hardrock Nite’ is never more than a collection filler at best. There are moments of goodness here, but there’s an underlying feeling that the amount of fans willing to wade through this tribute from start to finish, will, at this point, surely be in short supply.