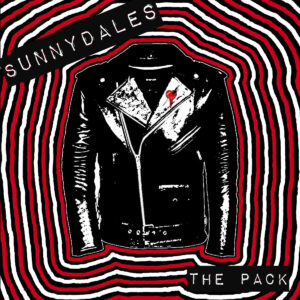 Kicking off with the rousing ‘Welcome To The Hellmouth’, the band makes no secret of their love of classic pop punk by places a ringing lead guitar over a classic Ramonescore riff, sounding like at least three Screeching Weasel classics within the first few seconds. There’s a brilliance in this approach, of course: its tried and tested style rarely fails, and with a taut arrangement set in place so quickly, they’re able to reel in listeners in record time. No flab, no fuss; just speed and guts. This track’s economic style also applies to its lyrical content, since featuring just one verse and the repeated refrain of “Welcome to the hellmouth / Sunnydale! Sunnydale!” it sounds as much like a call to arms as an actual song. Obviously, it’s brilliant in its simplicity, sounding like an old Ramones anthem and a high school football chant rolled into one. If that doesn’t win you over then nothing will, especially since there’s no time allowed for any extra flashiness…

The themes of the undead make natural bedfellows for a timeless punky romp, so it comes as no surprise when ‘Inca Mummy Girl’ applies a relentless one line hook to an old Screeching Weasel riff and comes out winning at almost every turn. The razor edged guitars throw out as many chopping chords as they can muster whilst still clinging on to enough melody to qualify for the pop punk bracket. Joining that is a dominant vocal that blends a punk sneer with a Danzig-ish croon to great effect. A couple of plays is enough for the melody and hook to stick, but this is helped in no small way by the chosen melody falling somewhere between the Ramones’ own ‘Psycho Therapy’ and Screeching Weasel’s lesser appreciated ‘I Need Therapy’, making it feel like something you’ve always known. Equally cool, ‘The Pack’ cranks the speed to create a riff heavy affair that sounds like a deep cut from Ramones’ ‘Too Tough To Die’ album. In many ways, the music is an obvious recycling of pop punk’s glorious past, but Sunnydales manage to make something over familiar sound vibrant by applying a variety of vocal styles, from gruff razor edged sneers, to a more definite Misfits horror croon and even finding time for a female counter vocal during the second verse, lending more of a power pop edge, courtesy of bassist/vocalist Emilia Guadarrama.

Tapping into something even more melodic (and something of an extended arrangement clocking up a full three minutes), ‘Out of Mind, Out of Sight’ demonstrates Sunnydales’ skills when it comes to the more Phil Spector inspired punk sounds. Extra keys lend bell like sounds via a simple musical refrain, but the weight of the music is taken up by Matt Mollusky’s chunky guitar chords often giving the tune an early Weezer-ish quality. For lovers of that style, it will certainly have some appeal, but the slower approach exposes a few limitations in Mollusky’s chosen vocal style. His love of Glenn Danzig just about works when Sunnydales’ are hammering at maximum speed, but a mid-tempo affair requires something a little more sympathetic. It isn’t enough to spoil what appears to be a decent song, but it will certainly be an acquired taste for some. A small amount of disappointment sets in upon the realisation that ‘I Only Have Eyes For You’ isn’t a punked up cover of The Flamingo’s 50s classic (as featured throughout the Buffy episode of the same name), but that disappointment quickly vanishes about thirty seconds later, as this is a great track in its own right. The opening riff – casting aside the punk for some hard-edged rock – showcases a tough sound from Mike Flores, which works excellently under some overdriven chords from Mollusky and the pair lock down a tight, rhythmic style throughout. The real star here, though, is Emilia; when taking over on lead vocals, she really isn’t shy in taking the band away from their well-worn Ramones love and further towards the poppier sounds of bands like Halo Friendlies. Her curly voice sounds superb on a repetitive hook, and with an equal amount of melody and power, this is easily Sunnydales’ best track this time out.

With plenty of high octane riffs, a hefty dose of fun and a love of great TV, this release has so much to offer the average pop punk fan within its (disappointingly short twelve) minutes. It’s worth hearing for ‘Welcome To The Hellmouth’ and ‘I Only Have Eyes For You Alone’, but overall, almost everything works well. It really helps that Sunnydales obviously understand there’s a crucial difference between “fun” and “sheer novelty”, too, and for those who love Ramones influenced pop punk in most of its forms, ‘The Pack’ is well worth a download.