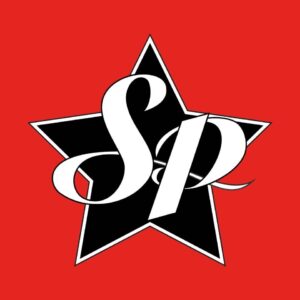 After spending years fronting Ramones obsessives Tough, bassist Chris Polecat revived The Stinking Polecats. It was an unlikely move, given that Tough had gained some really positive press and the Polecats had been away for fifteen years – more than your average hiatus. But like so many good punk bands, those fifteen years might as well just have been two or three, since upon their return, the band merely picked up where they’d left off and sounded as good as ever.

The Stinking Polecats’ 2020 vinyl EP features three brand new songs, each of which is a sharp reminder of why this band were (too briefly) an important part of the Euro punk scene between 2000-2005. The lead track ‘What Do You Do’ serves up a great slice of melodic punk with a punk ‘n’ roll edge, presenting a short, sharp banger where a slightly gruff vocal collides with a hard edged lead guitar. The melodies which underscore these prominent features more than show off The Polecats’ most accessible side with a barrage of muted chords that straddle a perfect balance between punk and rock, while a hugely sing-along hook takes pride of place fairly quickly. If there’s any drawback it’s that such a brilliant chorus is only heard twice – there should have been scope for hammering this home a third time…but then again, there’s only so much that can be wedged into a little over two minutes.

On the flip, ‘Monday’ is a terrific punk-popper driven by great drums (courtesy of Davide), pulling a bit more influence from the latter-day Tough sound. The Ramones obsessions come through at their strongest via the crashy chord changes during a fine pre-chorus, while the chorus itself could easily have come from an old Polecats record from way back. It’s the kind of tune that old fans will take to in an instant, while ‘Perspective’ allows the band to stretch out a little more on a tune that seems a touch more power pop than a lot of Polecats material. More concerned with a big riff than the lyric, Simone and Luca’s dual rhythm guitar work has a brashness that suits a louder vocal and although everything edges slightly closer to something found on a UK compilation from 1980 than a US label sampler from 1997, there’s a genuine retro charm ready to be heard.

Fifteen years on from the ‘Broken’ full length, this self-titled disc ignores any lengthy hiatus and shows the band (mostly) doing what they always did best. Between a selection of cool riffs and at least one absolutely massive chorus, there’s plenty here for extant fans to celebrate. ‘What Do You Do’ is so good – potentially the best Stinking Polecats tune ever, deserving of attracting new fans – that alone makes their return vital. If there were any doubt that the Italians were leading the charge when it comes to twenty first century punk, this and the 2019 LP from Mega should more than confirm such a theory.