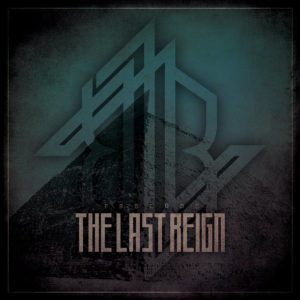 The Last Reign’s overall style and approach to metal is unmistakably Scandinavian. Taking hefty cues from Soilwork and In Flames, their sound has a constant push and pull between the pneumatic and aggressive sounds of hardcore metal while still clinging on to various melodic approaches that flaunt a shameless love of the past. Their second release, ‘Prelude’ is a stop-gap, but its three songs go a long way to showing off a superb band – one that really should be on the radar of almost all fans of Scandinavian metal sounds.

Within the first few bars of the opening track, the band have very much announced their arrival in style by crashing in with a riff that blends classic thrash, hardcore and even a downtuned and almost djent-ish edge. Not a million miles away from I Am The Law (another metal band well worth investigating), it has a genuine power and suggests the next few minutes are going to be special. …And, indeed, they are. With the arrival of a husky vocal, the band switch to a melodic death metal style and with that comes a full compliment of drum pedals and intensive thrash riffs. Those not keen on death shouldn’t be too dissuaded though, as it isn’t so long before things settle into a riff that combines those intensities with some great melodies from twin lead guitars and a general love for Soilwork. Using these influences throughout an extended instrumental coda, the band effectively use their more melodic side to pull the listener further into their world. This number squeezes a truckload of greatness out of just over three minutes, working through three distinctly different types of metal in a tightly wound succession. …And it’s not even the best track!

The EP’s standout, ‘Annihilation of The Ancients’ really captures these very Scandinavian metal sounds, with a blend of classic thrash, a death metal vocal and a terrific old fashioned approach to lead guitar work. With a slightly broader musical palate than before, the track takes on an almost epic feel, opening with a very 90s riff where elements of power metal collide with the cinematic melodic death edges. Pretty quickly, it showcases the rhythm section as being particularly talented with drummer Vince Mayer switching between fierce pneumatics and heavily smashed toms throughout. Although not especially high in the mix, Seth Welty absolutely wrings the neck of his bass. It’s tight, it’s heavy, but above all, extremely powerful. There are no weak links here – as the band moves between Scandinavian metal, a mid-section that sounds like the lead guitar work has been inspired by Iron Maiden’s ‘Powerslave’ and – finally – a huge section of pounding hardcore tailing off into unaccompanied, intricate guitar work, there’s something here for most fans of twenty first century metal. The scratchy vocal might be a stumbling block for some, but when the music is so flawless, The Last Reign have so much in their favour.

Last up, ‘Only For The Weak’ slows down to showcase more old fashioned metal traits than ever before. Opening with a mid paced, chugging riff, this provides a superb base for twin lead guitars to spring forth, recalling several superb 80s bands. The arrival of a vocal, of course, brings everything back to The Last Reign’s melodic death/black metal roots. Perhaps due to the more melodic backdrop, Adam’s vocals appear more abrasive than before – even taking on the menacing hiss of Dani Filth – but assuming you can handle those, again, there’s a lot here to love. The anger and sneering within the vocal and lyric aren’t completely at odds with the music either; in many ways, the contrast between the two styles actually works; it’s something that often gives the band a real edge within their otherwise familiar sound. For lovers of more intensive metal and twin lead brilliance a la In Flames, this could very much become a favourite.

Although featuring just three songs, in terms of riffs, this EP feels like fantastic value. As a ‘Prelude’ to their next full length album, it’s incredibly effective. If you love Soilwork, ‘Come Clarity’ era In Flames and other similar material – largely from Scandinavian climes – you’ll certainly want to add this to your ever growing list of things to check out.