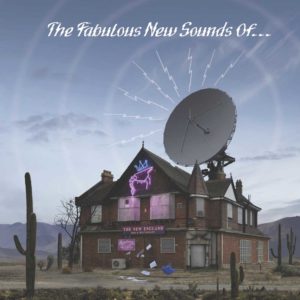 Opening the album is a track that instantly grabs the attention. Not because of an amazing hook, or a punchy ska-core riff, or any of the more obvious traits; ‘Numeration Dub’s greatest strengths are depth and complexity – a willingness to apply a kitchen sink approach to the arrangement. It certainly isn’t the kind of ska punk you wanted as a sweaty nineteen year old in the middle of the pit, but in terms of demonstrating the rejuvenated Prawn’s skills, it’s genuinely excellent. Taking almost five minutes to get from start to finish, it never rushes; instead, a leisurely approach shows off various moods. From marching feet, punchy drums and stabbed pianos, it takes in brass parps and a very 80s reggae melody, before metal-edged guitars drive a meaty riff into your skull. Never so much straight and speedy ska punk in a 90s stylee, King Prawn apply a heavier mood to something that occasionally reminds of Sublime, though more often has a great deal in common with Manchester genre-terrorists Sonic Boom Six. Faced with a tough musical backdrop, frontman Al Rumjen’s flawless toasting flows very naturally, but it’ll still likely be the huge chugging riffs that leave the stronger impression. At the mid-point, there appears to be a very natural end, but knowing the arrangement will get audiences moving, there’s time enough to go through almost everything a second time… In a word: epic.

Perhaps a track that would have been a more obvious opener, ‘Seven Seas’ focuses on great pop-reggae, with a melody that’s big on horns and much bigger on a general bounce to the ounce. There’s a sharpness to the vocal accentuating the quirkiness of the overall melody – and again, Rumjen is in very good form throughout – but it’s with a massive shift into a full-on ska chorus the track marks its place as a highlight. Harmonies, horns and easy skanking, this is a quick reminder of the band’s roots, as is ‘Level Up’, a reggae workout giving a great musical showcase to bassist Zac Chang. Although the sound is much fuller, keener ska fans will certainly enjoy the nods to 80s ska throughout this track – with a cheeky keyboard solo, some impeccably arranged horns and a mood that’s perhaps a touch more driven by melody, it sounds like something that’d be great in the live set, especially with a simpler hook that encourages gang vocals.

Taking another musical diversion, ‘Colonel Panic’ latches onto a salsa rhythm, which driven by piano and occasional keyboard stabs, comes closer to pop than ska. The light reggae elements try to take hold, but never stand a chance against the huge chorus hook and an all round feel-good attitude, which takes King Prawn closer than ever to indie-pop. In fact, there’s something in the brash melodies and eventual harmonies that sounds more like Blur circa ‘The Great Escape’ than any ska-punk works. It mightn’t please the older fans, but in terms of what it does, it passes four minutes quite brilliantly. It might be one of those numbers you’re less sure of on first listen, but its many layers (brought to life by an excellent production job) soon show off the vitality in this new and more mature King Prawn sound. Also quirky, ‘Modern Cages’ mixes up choppy guitar lines, group vocals and an angry vibe in a way that has the same melting pot approach as the finest Sublime works. A tune always concerned more with sharp edges than melody, it won’t be an instant favourite, but in time, it’s angular approach and odd Spanish guitar interludes will unveil an unsettling charm.

A re-recording of ‘Done Days’ is far superior to the older single version. Although rhythmically it seems a little stilted in comparison to some of this album’s more complex arrangements, with a bigger budget and a proper crunch, the appeal in the track is finally obvious. Mixing ska horns with a hard rock punch and a streetwise vocal, it occasionally has hints of Sonic Boom Six once more, but the full and sassy tones of Dr. Nelly, Alex Gordon and Matt Dowse (on cornet, trumpet and trombone, respectively) proves to be King Prawn’s greatest asset on this recording. Elsewhere, ‘Jump In The Fire’ brings an odd interlude that’s big on wonky time-sigs and small on melody, while ‘A Solemn Man’ provides another highlight for fans of brass. Its intro shows closer parallels with the 90s swing revival movement, before a very melodic pop-rock tune unfolds. Taking ska rhythms and applying them to a belter of a chorus would be enough for most bands, but King Prawn go one step further still and take a sidestep into a lengthy musical interlude that’s almost in danger of falling into the over familiar “sand dance” melody. What starts out as something that seems to be radio friendly ultimately takes as many twists as the opener…and thanks to a lot of talent and sheer balls, it works out brilliantly.

Closing the album, ‘Black Beads’ does a fantastic job in demonstrating the Prawn’s moodier reggae vibes. The tune is immediately familiar and although it would work well enough as a basic reggae arrangement, the Prawn confidently add extra layers throughout. The moody brass seems far artier than ever before and a carnival inspired keyboard shifts everything from a reggae/ska mood into something far darker. Eventually, though, some sharp toasting atop a subtle trumpet and deep dub-oriented bass pull everything together in fine reggae style…and given so much to work with, Rumjen puts in one of his best performances. The tune might be incredibly downbeat – ominous, even – but somehow it ends this comeback disc on a high.

‘The Fabulous New Sounds’ is the kind of album that needs time to appreciate. It doesn’t always come with the rawness of the Prawn’s early days, but its best tracks are rich and complex affairs that show a band fully in control of their more mature talents. Be prepared to have to work for the rewards, but when they come, you won’t be disappointed.