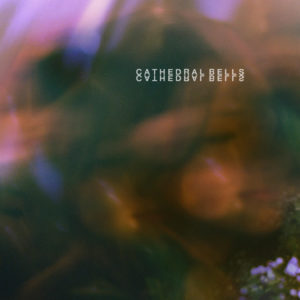 A dreampop and shoegaze influenced project helmed by Matt Messore (previously of Dear Tracks), Cathedral Bells’ debut EP isn’t exactly shy about recycling musical influences. With strong elements of the more commercial Jesus & Mary Chain, the synthier and more cinematic aspects taken from The Cure and more than a trace of Pale Saints, its six tracks play like the greatest EP not to be released by 4AD Records in 1990. When influences and moods are recycled as well as they are here, originality is more than welcome to take a back seat as Cathedral Bells join Norway’s Spielbergs in heading up a full-on 90s revival.

Within seconds, a manic drum machine sets the rhythm for ‘Cemetery Surf’, but it’s a rhythm the rest of the band choose not to follow. While the drum loops set the pace for something spiky, the guitars and vocals float past, seemingly in their own time and own world. The hard contrast, along with a swirling keyboard, lends the track a feeling of mild nausea, as if the source tape has been stretched in tribute to My Bloody Valentine’s ‘Loveless’. This might work better if this short tune actually had a hook – but there’s nothing to latch onto beyond a busy bass. Luckily, from the second number onward, Cathedral Bells give more of a concession to actual songs, and the remaining tracks are a pure joy.

‘Homebody’ opts for a feeling of pace over any kind of wooziness, very much allowing a busy keyboard and drum to take over. The track’s best melodies come from 80s influenced bell-like keys and an incessant bass, but by taking something that could’ve been a fine homage to ‘A Bell Is A Cup’ era Wire and putting it through various filters, we get a real sense of a retro pop band attempting to bring something old into their own present. A wonky keyboard drone takes a while to attune, but Messore’s heavily treated vocal more than suggests there’s a great song in here desperate to escape…and for lovers of 90s shoegaze, once that song is found, it could well be a case of finding an instant musical love. A little less busy – and an EP highlight – ‘Time Capsule’ is a perfect example of the Cathedral Bells sound. A four minute nugget of jangling guitars, it transports the listener straight back to 1987 with core influences from old 4AD bands like The Cranes. The sharp rhythm guitars are just lovely throughout, often coming across like a blend of Robert Smith circa ‘Disintegration’ and the lighter end of Jesus & Mary Chain, but they always fall short of the bass work, which in this case is high in the mix and always gives the number a pointed rhythm. With the vocals weaving in and out of this sheet of shimmering sound, it’s a wondrous piece of retro pop. Returning to slightly harder territory, another huge bass riff drives ‘A Passing Phase’. With a stronger pull upon the vocal, it’s more retro indie than dream pop, but no less enjoyable for its slight musical shift. The arrangement is incredibly tight; in fact, it’s quite close to a couple of classics from The Pains of Being Pure At Heart’s second album, especially in the way the breezy vocal contrasts the bass. For shoegaze lovers, there’s a maniacal guitar drone intermittently filling the left speaker channel, but in all honesty, this might’ve better without – especially given the fine vocal melody. Even so, it’s another great number.

Drawing from Peter Hook’s heavy mechanics, the bass work throughout ‘Memory Loss’ is superb. Messore steps forth with another hazy vocal and even though any singing is half buried under a wall of keyboards leading to an inaudible lyric, the musical refrain is strong enough to hold attention on its own. With a world of guitars wailing and droning against the steady rhythm and an easy cool slowly unwinding, Cathedral Bells offer their best – and most accessible – track before bowing out with ‘Ethereal Shadow’, a mid-paced tune that seems to bring all of their best traits together. With a heavy 90s vibe, it’s as if they’ve quickly become the ultimate tribute to Slowdive with a piece of light shoegaze that’s at once bright but also feels somewhat withdrawn. The way a shimmering guitar takes the reins early on easily makes this another strong tune, and thankfully, any “stretched tape” tendencies are kept to a minimum. Like the bulk of the material, it takes a few plays before the magic seems to happen, but it’s very much worth the effort.

The retro qualities of this release are displayed with a real brazenness, even before a note is played. The EP’s sleeve is straight from the 4AD art school and the blurry promo shots of Cathedral Bells used to announce their arrival are a gentle homage to My Bloody Valentine and their brethren. In this case, though, most of the blatant recycling results in something terrific. Of course, the recycling is so pointed that there’s nothing about this any of this that’ll win over anyone that wasn’t enamoured with the shoegaze and dreampop sound a quarter of a century earlier…but for those who still listen to various 4AD bands and love the lax and inward vibes of The Pains of Being Pure At Heart, Cathedral Bells are a must hear. For retro dreampop and shoegaze lovers everywhere, this EP is destined to become a firm favourite.