A complete UK tour has just been announced that’ll take the band across Europe and then all the way from Glasgow to Margate.  Another ska legend, Rhoda Dakar – formerly of The Bodysnatchers and The Special AKA – has been confirmed as special guest.

[Find out what happened when The Selecter last visited Margate here.]

The full list of confirmed dates can be found on the poster below.

For the pre-sale, visit SeeTickets here. 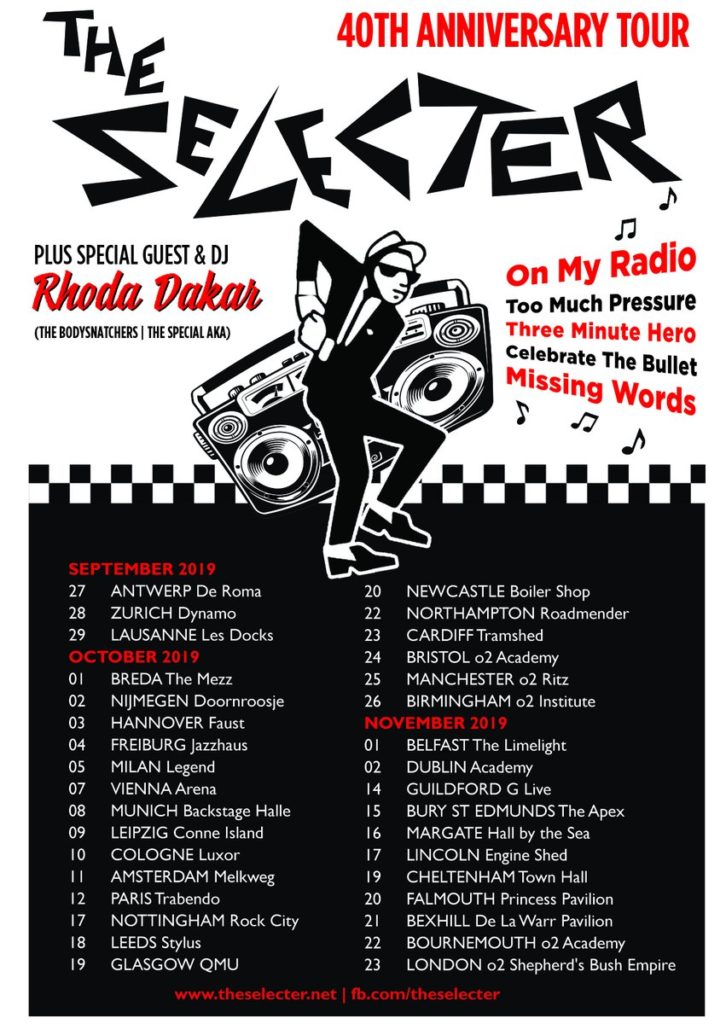