Among the first wave of bands to be announced is the much-loved King Prawn, a hard working band who were permanent fixtures at punk events in the late 90s.

The first confirmed bands and other details can be checked out below.

The ever-evolving Manchester Punk Festival have announced the first set of bands playing in 2019. The city centre festival  has expanded to take place over three full days across Easter weekend with over 130 bands playing 8 venues.Welcoming legendary punk rockers in Dead To Me, Doom and King Prawn amongst others, to Manchester for a three day celebration at one of the most acclaimed and sought after DIY punk rock festival on the planet. With over 130 bands, 8 venues, increased capacity and a bank holiday weekend – you won’t want to miss out.

Super Early and Early Bird tickets sold out in mere minutes before a single band was announced, get planning!

Head to the MPF website to find out more and buy tickets: https://manchesterpunkfestival.co.uk 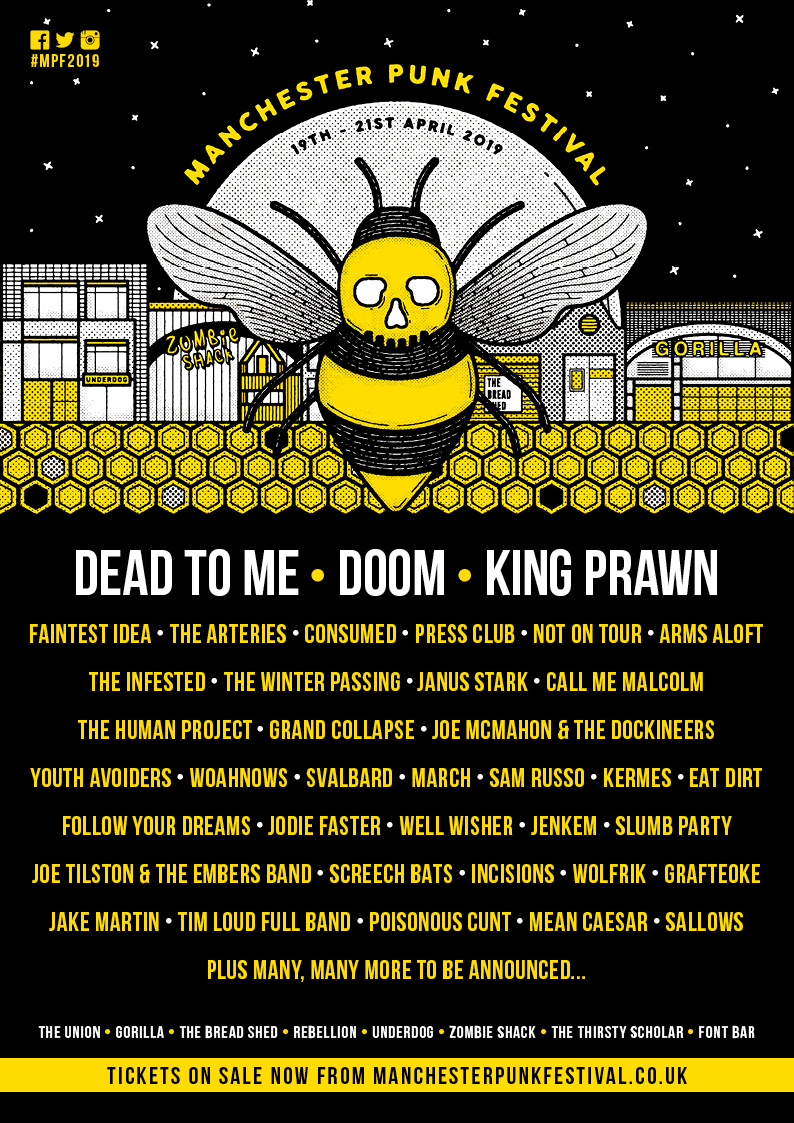