For fans of folk music, the works of Bert Jansch have long held a fascination.  A “musician’s musician”, his approach to the acoustic guitar provided beautiful sounds and, like fellow English folkie Nick Drake, his best works remain ones people look up to and aspire to emulate.

Jimmy Page is a huge fan and, indeed, took inspiration from several cuts from Jansch’s 1966 LP ‘Jack Orion’ when recording acoustic works between 1969 and 1970.  In recent years, parts of Jansch’s catalogue of work has been reissued on CD in both individual album formats and three expansive box sets, but until now, there has never been a compilation that allows fans and new listeners the opportunity to explore his back catalogue in a well-curated set.

Released on 2CD + 2LP, ‘Just A Simple Soul’ explores a five decade career, covering many of the important bases of Bert’s solo output.

“Bert lived and breathed the sound of the guitar and its endless possibilities for communication, storytelling, conversation, emotional dialogue. We have a life’s work here, and what a life Bert Jansch has given us.” – Bernard Butler

“One of the most influential and intriguing musicians to have come out of the British music scene”. – Johnny Marr 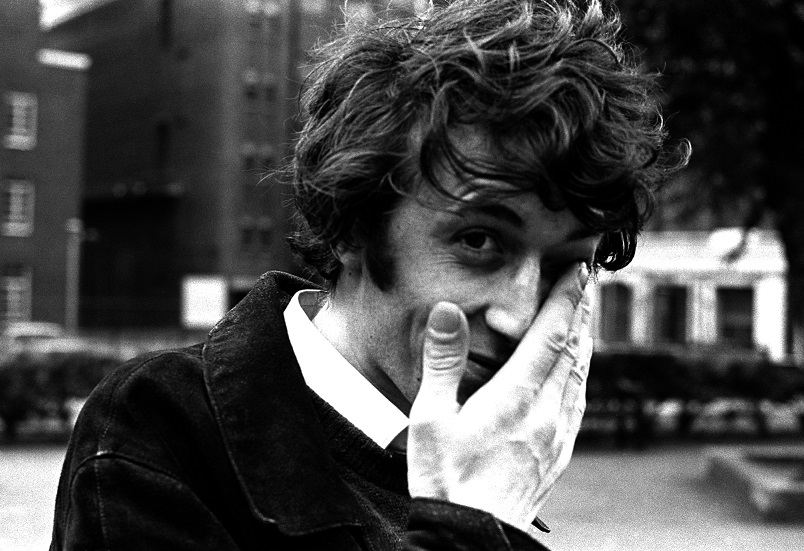 From his 1965 iconic debut album, Bert’s peerless musicality, songwriting and interpretation of traditional song has held generation after generation spellbound and inspired musicians in all genres. Just A Simple Soul – named after the closing track on his 1998 album Toy Balloon ­- is the first collection of Jansch’s entire solo career, with insightful liner notes by Bernard Butler (Suede) who compiled this selection with the Bert Jansch Estate. As a writer and player, Jansch has inspired countless other music icons including Jimmy Page, Paul Simon, Johnny Marr, Laura Marling, Graham Coxon, Fleet Foxes and Neil Young.

Presented chronologically the collection begins by drawing from his prolific 1960s period, during which he released six albums between 1965 and 1969. His self-titled debut, sometimes referred to as The Blue Album, is listed at #3 in NME’s Best Folk Albums Of All Time, and this collection plucks three tracks including the harrowing ‘Needle Of Death’; about the tragic passing of Bert’s friend, folk singer Buck Polly. The influence of young singer Anne Briggs began to show in this period, and the traditional folk songs she taught him, plus his bluesy, improvised guitar accompaniment which dominated his third solo album, Jack Orion (1966), featuring John Renbourn on guitar. That same year, the collaborative album Bert & John laid the foundations of the trad folk supergroup Pentangle. Jack Orion included ‘Blackwaterside’ (featured in this collection), a traditional song Jansch learned from Briggs. Elsewhere, eco-warning ‘Poison’ and ‘The Bright New Year’ are included from Bert’s fifth solo album Birthday Blues (1969), with Pentangle colleagues Danny Thompson and Terry Cox.

Jansch recorded three solo albums while part of Pentangle, notably Rosemary Lane (1971), an album described by The Guardian as “a stark, reflective work”,which again included a traditional song learned from Briggs (‘Reynardine’, included here) alongside his own compositions. Also featured here is ‘The First Time I Ever Saw Your Face’ (originally written by Ewan MacColl for Peggy Seeger) as a duet with Mary Hopkin. ‘Fresh As A Sweet Sunday Morning’ and ‘Chambertin’, lifted from 1974’s L.A. Turnaround, highlight a significant passage, being recorded after Pentangle’s demise, featuring erstwhile Monkee Mike Nesmith on production. Jansch’s 70s’ output is drawn to a close with the inclusion of Kittiwake from his 1979 album Avocet, on which he teamed up with the multi-instrumentalist Martin Jenkins and Danny Thompson for a concept album inspired by birds.

Pentangle reunions and illness limited Jansch’s 80s’ solo output. It’s represented by ‘Sweet Rose’ from From The Outside (1985) which was described by Irish author and composer Colin Harper as “Bert’s rawest and most cathartic work since Bert Jansch twenty years earlier.” When The Circus Comes To Town (1995) was the start of a renaissance for Bert with the title track featured here, as well as ‘Morning Brings Peace of Mind’. This collection takes its name from ‘Just A Simple Soul’, on 1998’s follow-up Toy Balloon, which also included Bert’s take on Jackson C. Frank’s ‘Carnival’ which was a perennial in his live sets.

Jansch’s 21st century output is represented by ‘Crimson Moon’ (Crimson Moon, 2000) and ‘On The Edge Of A Dream’ (Edge Of A Dream, 2002), two records that bookend his 2001 Lifetime Achievement Award at the BBC Radio 2 Folk Awards. Edge Of A Dream featured Bernard Butler on electric guitar, Bert’s son, Adam, on bass and vocals of Hope Sandoval of Mazzy Star. This collection is concluded with ‘High Days’, taken from Bert’s 23rd and, tragically, final studio album The Black Swan. Released through Sanctuary and Drag City, it featured prominent admirers including Beth Orton, Devendra Banhart and Helena Epsvall. It was dubbed an instant classic, described by Pitchfork as “immaculate but natural”, and named one of the best albums of 2006 by MOJO, who described it as “a beautiful, evocative piece of music… his strongest album in years.”

Just A Simple Soul reminds us of Bert Jansch’s enduring legacy and his influence across the musical spectrum. As Bernard Butler eloquently puts it; “Bert lived and breathed the sound of the guitar and its endless possibilities for communication, storytelling, conversation, emotional dialogue. We have a life’s work here, and what a life Bert Jansch has given us.” 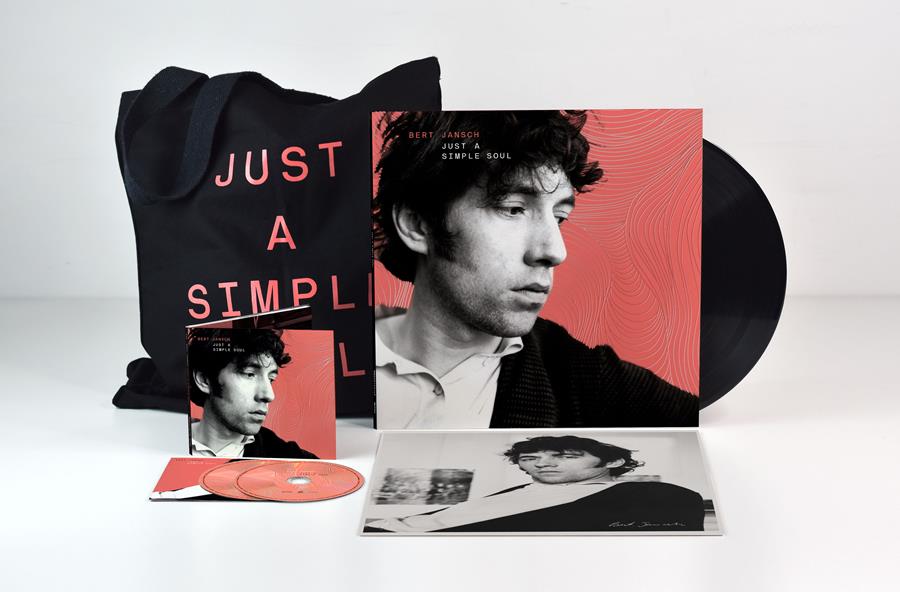