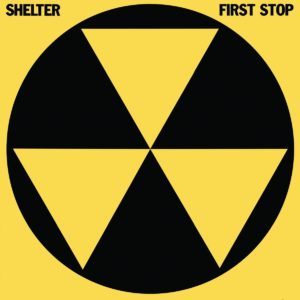 The album’s opener ‘On The Line’ tells you almost everything you ever needed to know about Shelter and in just three and a half minutes, you’ll know whether you like them or not. Chances are, if you have any kind of penchant for melodic rock, you’ll love them. Pushing bassist Carl Bova to the fore, the four-four mid paced stomp pre-empts the biggest Survivor hits on its verse, in a spacious arrangement that allows Lamont to showcase his superb voice – never a million miles away from Foreigner’s Lou Gramm – before the chorus explodes into a world of harmony vocals and stabbed keyboards, likely inspired by Toto. Filling a lot of the instrumental space, guitarist Russ De Salvo’s playing comes with a lovely crying edge and by the time he rises to a hugely melodic solo at the track’s close, it’s a mystery as to why he has no other major work to his credit. Also essential, ‘Foolish Lovers’ fuses elements of classic AOR with a slight Westcoast sound. With a more soulful backdrop – occasionally reminiscent of Maxus – Lamont really excels, while the rest of the band really apply themselves to a pop/rock style that makes the best of their talents. With the presence of more keyboards, the early 80s sound is in full flow as Peter Valentine eventually pushes forth with a shamelessly retro sounding solo (even for 1982). Keen to show how the band are capable of mastering all AOR styles, the cheesy soul-infused ‘Because of Love’ mines the Toto debut for its chief inspiration, leading to a track that’s a definite throwback, but the way Bova’s hard plucked bass drives everything and some beautifully stabbed piano results in a track that no fan of the style should miss.

One of the record’s ballads, ‘Why’ is a fantastic tune. Melding a solid bassline with a classic sounding piano, the bones of Foreigner are truly picked once more…and that, when applied to a Christopher Cross sense of easy cool, results a tune that should have been all over the radio of the day. Despite being recorded in 1982, the whole arrangement has a depth and richness that sounds very much like an overhang from the previous decade, while Lamont approaches his vocal performance with a grandness that all great AOR needs. The other slower tune, ‘The Way I Feel’ manages to sound even more like a Foreigner staple if possible, but most of that is down to a blanket of synths and Lamont showing an effortless gift for a soulful croon, very much in the vein Gramm had taken to world beating levels on ‘Waiting For A Girl Like You’ just a year or so earlier. ‘Underneath Your Makeup’, meanwhile, works with a great, punchy arrangement. During the intro, it’s stabbed keys and frivolous air make it sound like a TV theme tune, before big AOR/pop of more of a Rick Springfield style takes over. Chorus wise, everything goes a step further with huge pompy vocals more suited to an Angel LP than Shelter’s more atypical Survivor/Foreigner-isms. In some ways, this makes it the album’s most disposable cut, but even then, it has so many musical hooks that make it enjoyable. While it gives the impression at first of a lyric within the typical “girl gone bad” scenario, it moves into a tale regarding personal sadness and how the make up is there to put on the happier face. Yes, in terms of song writing vehicles it’s a touch heavy handed, but the 80s weren’t always known for their subtlety.

In just three minutes, the band’s signature tune (‘Shelter’, obviously) shows off more mastery of a classic AOR sound on a piano driven piece of bombast. With a slightly harder backdrop, Lamont explores the rockier elements in his voice – very much looking forward to the aforementioned ‘Secrets You Keep’ – and De Salvo wheels out a semi-atonal guitar solo that manages to straddle a fine line between obvious and inventive. If anything makes a genuine impact here, though, it’s the chorus and while it could be called simplistic, the repetition of the title combined with a vocal performance that suggests mild peril makes it an album highlight. Equally fantastic, ‘So Glad I Found You’ takes the core of classic Survivor once more, but only this time shifts the focus to a taut rhythm guitar and piano, before a wash of synths drives a more understated hook to victory. It’s very by numbers – even by this early stage in melodic rock’s glory years and even for Shelter themselves – but that doesn’t make it less enjoyable. In fact, with the band sounding fantastic throughout, quite the opposite applies.

Sounding like a dozen things that might fill a Stallone soundtrack just a few years later, ‘Who Do You Love’ is another of the essential Shelter numbers since it features a tough guitar sound and a punchy rhythm section throughout. Once more, Foreigner provide the most obvious of influences, but in this case the band have borrowed from the best, which shows off Lamont in something of a comfort zone; that said, his use of key change from verse into pre-chorus and then rising from that into a solid chorus is brilliant. His voice, combined with a bassline that shamelessly apes a sound Survivor would very much make their trademark, very much results in a melodic rock masterclass. ‘Tricks’ reaches for something almost exactly the same, but by comparison falls a little short: it’s one of the only times Shelter don’t quite make the grade in the chorus stakes, but thankfully the number is saved by a solid performance from all concerned, especially with De Silva demonstrating a gift for filling a few bars effectively, with a solo that values melodic flair over flamboyance.

Almost every cut on this album typifies a classic 80s AOR sound, very much paving the way for Lamont’s own ‘Secrets You Keep’ a couple years down the line…and hundreds of other recordings mining a similar sound by 1986. Decades on, you could call it generic, but in a world where Survivor scored worldwide hits and a time before Desmond Child and Diane Warren helped to make melodic rock an omnipresent force, ‘First Stop’ was very much a landmark recording for radio friendly AOR, whether its songs ended up on the radio or not. It was – and still is – a record no melodic rock collection should be without.

[Notoriously hard to find on any physical formats, ‘Can’t Stop’ is reissued on CD by Rock Candy Records in June 2018]