On the release front, the “other” Yes, featuring ex-vocalist Jon Anderson, guitarist Trevor Rabin and Rick Wakeman are getting ready to unleash their first release, tying in with the band’s 50th Anniversary.

‘Live at The Apollo’ was captures the band at the Manchester Apollo in 2017.  The new release features an extensive set, including the classics ‘I’ve Seen All Good People’, ‘Awaken’ and ‘And You & I’.  As you might expect for a variant of the band featuring Rabin, 1983’s classic ‘90125’ is also well represented.

The release will be available on a variety of formats including double CD, DVD and blu ray.  A strictly limited 3LP orange vinyl release has also been scheduled, but it is not yet known whether this will be a worldwide release or just available in North American territories.

The full tracklist for ‘Live At The Apollo’ is as follows: 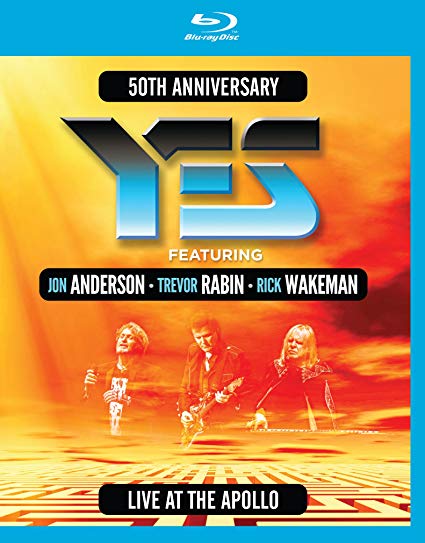