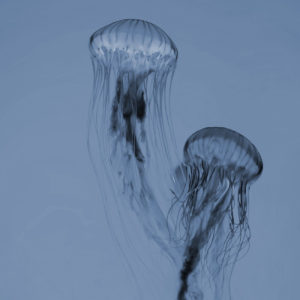 There have been several albums and EPs released by The Raft since 2003, but few have sounded quite as much like a glorious love letter to the 90s as 2017’s ‘Orion EP’. Its four songs of haze and jangle pull influences from the usual suspects in shoegaze and dreampop – you’ll hear a dose of The Cranes here; a pinch of The Sundays there – but no matter what the ingredients, this musical recipe serves up a consistently feel good sound.

The title cut, in particular, presents a great example of the genre in hand. Shimmering guitars play over birdsong, before mid-paced jangling chords take hold. Over a melodic and inviting indie pop frame work, the harmony vocals shared between Claire O’Neill and Phil Wilson blend superbly; Claire’s voice is clear and bright, but never so bright to overshadow Phil’s semi-high register. In short, they create a near-perfect sound for their chosen style. As with all great dreampop – and it’s been a while since something came along quite as good as this – it’s about setting up a mood and letting the listener coast on the waves of sound. Amid the haziness, there’s a warm bass and an understated chorus…and then a surprise, too, as the tune turns on itself and the hazy waves become a whirlpool of drums and something more sinister during the mid section. Returning to the main melody, it sounds better than ever, with the jangle topped by percussion, bells and tinkling. There are so many layers here, it’ll take a good few listens before this track wears out its welcome.

As for the rest? It’s all of the same gold standard. ‘Blue and Blue’ picks up the pace and delivers bouncy jangle pop that is occasionally reminiscent of World Party, although never loses sight of the hazy elements and many filters that colour the sound. A shimmering electric guitar joins a solid acoustic rhythm, while the bass and drums hold everything together flawlessly and the combination of 4AD-inspired backdrop and Bernard Sumner-esque guitar solo is just lovely. It’s inviting, familiar and very radio friendly (in an ideal world) and is easily another EP highlight. Taking the vocal filters and placing them over a slower mechanised beat, ‘My Elusive Friend’ taps farther into the other-worldly end of dream pop, with a synth-heavy tune that pays tribute to Cocteau Twins, albeit without the silly words. As before, the floaty vocal very much sets the tone and although the number clocks in at a lengthier five and a half minutes, a few moments taken to push the shimmering guitars to the fore, or even to let the vocals stand alone, ensures this never feels padded out or dull in any way.

A little different to the other tracks, ‘Into You’ brings the usual electro-acoustic jangle, but presents a much cleaner vocal sound. This time, Claire takes the lead vocal and is credited with a co-write. The result is a summery and brisk workout that firmly plays tribute to The Sundays. The Raft have covered The Sundays on a previous release, but this is actually better as it shows they’re able to tailor their own sound and create the perfect Sundays tribute. So perfect, in fact, that ‘Into You’ could slot pretty much seamlessly into the classic ‘Reading, Writing & Arithmetic’. For those unfamiliar with The Raft, that endorsement should show what you’re missing here. This – much like the rest of the EP – is terrific.

For nineties fiends, retro heads and dreampop fanatics everywhere, ‘Orion’ may be short, but it creates a listen that’s both nostalgic and inviting. It may also stay very close to obvious influences, but in this case, along with a couple of great hooks, that is where the magic lies. It’s a release you can totally lose yourself in. Highly recommended.