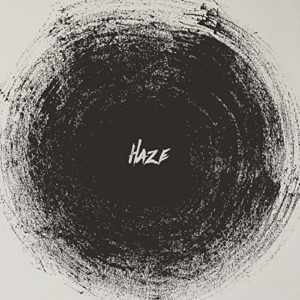 The King’s Parade perfected their craft on a cruise ship. They were arrested for busking in Leicester Square. They’ve been given recognition by the city’s resident buffoon/sometime mayor, Boris Johnson…but frankly, don’t let any of that put you off, since the good far outweighs the bad here.

The band also received a reasonable amount of attention from the underground press for their 2015 EP ‘Vagabond’. While the EP wasn’t everyone’s cup of tea – one website, in particular, hated it, describing the band’s sound as “music for cruise ships” in a lazy jibe at the members’ past – there was certainly a positive vibe from many listeners. For a self-released recording, he end results were very professional and (thankfully) well produced, with the music showcasing a solid mix of pop, soul and blues, though rarely tackling these genres individually.

Two years on, the band returned with another four track offering, ‘Haze’. Once again, they’ve wisely opted for the DIY approach and – thankfully – they’ve also stuck to the same formula that impressed various ears previously. The first thing that’s evident about ‘Haze’ (the EP) is that these songs each have a genuine warmth about them. It’s not so much to do with any bass levels, but more to do with the way a soft and blues-tinged guitar sets the tone throughout, a tone that’s the perfect companion to Olly Corpe’s soulful voice. These positive elements come through from the outset; despite the drums maintaining an almost tribal presence throughout opener ‘Not Yet’, the song’s main appeal comes from the blend of guitar and vocal. With a bagful of soul and a touch of light blues, the appeal should be instant. In terms of arrangement, the verses are solid, but it’s when rising through the cracks during the chorus when Corpe really comes alive – he possesses one of those voices that isn’t flashy, but has presence…and in terms of performance he makes it sound so easy. The overriding elements of soul within the soft rock lead to perfect radio filler. This is not a criticism, for what The King’s Parade do, they do very well indeed, and what they do has so much more heart than most of the actual radio fillers.

During ‘Of Stone’, it’s easy to spot why they’ve been likened to The Black Keys, as the band trades in the soul/blues hybrid for something much more akin to the stomping blues of Dan Auerbach and Patrick Carney. In fact, this homage to the style is so on the money that there are times where the slightly fuzzier guitar could be that of Auerbach himself. As always with such a perfect homage, no sense of originality should be sought: just enjoy this tune for what it is and it’ll become a favourite – it certainly renders any cruise ship jibes redundant. As before, Corpe shows no sign of wavering, his voice blending with the retro style with ease, while a thumping bass counters him throughout with great results. Having nailed The Black Keys’ sound, ‘Mother Tongue’ returns to The King’s Parade’s comfort zone and injects a twenty first century soul edge to the band’s sound to achieve a better groove than ever before. The production retains the same sense of presence as on the first two tracks, but with the guitars turned down, it’s time for the vocals to really shine. Without labouring a point, this band has some solid musical chops, but it really is Olly’s voice that stands out pretty much every time…and on this particular number, he’s at the top of his game as he croons and cries against the sounds of a Fender Rhodes during the intro before plenty of space on a wordless hook. Those keyboards go a long way to making this the EP’s real highlight as Sam Rooney flaunts a brilliantly retro style.

Last up, the title cut brings forth a steady beat, a warm bass and a sometimes understated guitar, each coming together to create an inviting sound that somehow fuses the soft stylings of the jazz-pop from London’s wine bars of 1983 with an underlying presence summoned by the blues rock of 2017. As with the previous track, melody is of the utmost importance – there’s absolutely no desire here to wow the audience with roaring solos or overtly chunky grooves; it really is all about the way the retro sounding guitar parts blend with a near-perfect, soft cry of a voice. At the midpoint, as everything falls away to reveal a cool guitar part and a very familiar melody, The King’s Parade seem pretty much untouchable. Yes, if you want hard rock or some kind of edge, this might seem just a bit too sedate, but in terms of retro pop and soft blues, you’ll be hard pressed to find anything better,

With the EP’s last two tracks, The King’s Parade show themselves to be more sophisticated than most blues rockers and a cut above a band merely indebted to The Black Keys. In fact, when they tap into their best sounds (as they very much do on that final pairing) they seem entirely unwilling to succumb to the hipster fashions churned out by so many others. Like The Feeling before them – although working in a different genre – here is an outfit who aren’t ashamed of light melodies and this release definitely gets better with a few plays. Recommended.