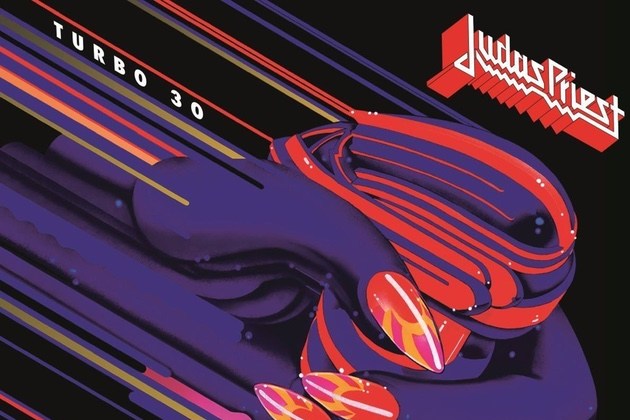 Arguably one of the most unloved Halford-fronted Judas Priest albums, ‘Turbo’ was also the band’s most commercial sounding.  Originally conceived as a double album, Columbia Records didn’t have the confidence that Priest had enough pulling power to shift units of an expensive two-record set and so the proposed eighteen tracks was scaled down to a more digestible nine track affair.

As with the deluxe edition of ‘Defenders of the Faith’, the album is repackaged with a previously unavailable, near complete recording of a period live show.  No visual material is included.

The full track listing for ‘Turbo 30’ is as follows:

Turbo Lover
Locked In
Private Property
Parental Guidance
Rock You All Around The World
Out In The Cold
Wild Nights, Hot & Crazy Days
Hot For Love
Reckless

REAL GONE SAYS:  Judas Priest reissues are always welcome, but ‘Turbo 30’ seems to be somewhat of a missed opportunity.  The ‘Turbo’ sessions yielded a lot of material; four unused tracks were used to flesh out parts of the follow up ‘Ram It Down’, but a reissue of ‘Turbo’ was the perfect time to put a few bonus tracks in context.  Previously unissued material from the sessions was eventually issued on reissues of albums that had no connection with ‘Turbo’…

There was enough room on the end of the first disc of this set to include , ‘All Fired Up’ (a track which was included on the previous ‘Turbo’ reissue, so really ought to have been included here) ‘Red, White & Blue’ and ‘Prisoner of Your Eyes’ and give them a decent and proper home.  …And what of the still unreleased ‘Fighting For Your Love’ and ‘Under The Gun’?