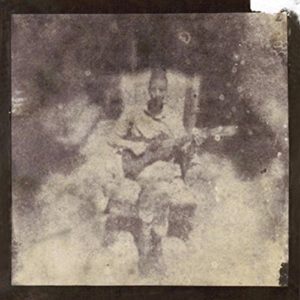 For a man of just nineteen years of age at the time of recording this third album, Mason Summit’s songwriting ability stretches way beyond his years. On these twelve songs he applies his craft to retro sounds aplenty, on songs that span AM radio pop, country and occasional jazziness. In doing so, he comes up with a winning formula that should appeal to those who like their music to have a familiar echo of the past. Of all the superb qualities that ‘Gunpowder Tracks’ possesses, however, it is the over-riding sense of warmth that wins out and really makes the album so inviting.

Starting with something almost poppy but dressed in a country cloak, ‘Cellophane Skin’ weaves a steady rhythm around an equally steady bass, augmented by steel guitar and piano, both of which lend things a gentle bounce. Mason’s voice sits comfortably against this perfect Josh Rouse meets Ryan Adams tune, approaching the story telling lyric with the kind of disposition typified by the departed Elliot Smith. It’s unashamedly 70s in heart, but never bad for that, especially by the time a brief electric piano interlude appears. Pushing the acoustic guitar to the fore, ‘Splatterpaint’ deals with the awkwardness of youth, but musically clings onto a much more mature sound. This time, the AM radio pop elements – although still present in places – are swamped by fuzzy electric guitars, clanging piano and some fantastic power pop tinges, including a harmonious lead vocal, glockenspiels and an understated guitar break. Some will certainly hear Teenage Fanclub pulsing through, others maybe more than a trace of Ben Kweller, but whatever Mason’s motivations or inspirations, it’s really classy.

A (mostly) solo acoustic tune, ‘Sidestreet’ combines intricate finger picked guitar work with a hushed voice at first, before finding more of an acoustic pop slant on a chorus that flaunts a strong sense of harmoniousness. Mason’s relaxed voice works well in this stripped back scenario, but the track’s most impressive feature comes from backwards guitar sounds – very similar to Stevie Salas’s cover of Joni Mitchell’s ‘Amelia’ – very much giving what a could-have-been-predictable tune an extra dimension and a huge increase in atmospherics. As with so many of Mason’s other compositions, its looking to the past for inspiration lends everything a timeless appeal. More acoustic sounds are in order for the title track. A quizzical and confessional piece, it shows the artist’s abilities at their most stark and honest. “How could I have fucked up, if I didn’t even try?” asks Mason at the outset, sounding like M. Ward infected by the belligerence of the mighty Ben Folds, his emotional dismay completely at odds with a very old-style country strum. This general consternation doesn’t ever fade, as he likens his life to being like an “arsonist looking for a match”. A couple of verses in, the rest of the band step forward, and what was once simple country-folk twists into an easy Dixieland jazz homage, complete with rattling piano and a compliment of brass. If there’s anything odd, it’s that his choice of language jars against such a traditional musical form, but it’s another great track showing yet another string to his ever stretching musical bow.

Adding another jazzy element to a very 70s easy listening sound, ‘Detour’ is a number that could descend quickly into lounge muzak, but the presence of a muted trumpet throughout and some great piano work courtesy of Carl Byron (whose many credits include work with Calico The Band, Funkyjenn and Anne McCue) keep everything moving with a real flow, while – keeping with the jazz – ‘Good Thing Going’ drops into a soft, waltzing arrangement where, once more, the piano is essential and coupled with soft and clean guitar work creates some great music. Sitting in the back, brushes in hand, drummer Shawn Nourse (of Robert Rex Waller‘s band, I See Hawks In LA) keeps a steady pace but, rightly enough, it’s Summit who puts in the most enthralling performance, his voice crying softly, yet confidently through each line. This has a feeling of being an album closer, suitable for a social evening’s reflection, so the fact that it doesn’t take pride of place at the end of ‘Gunpowder Tracks’ is testament enough to the mixed bag of styles that this young performer is able to cover almost flawlessly. ‘When Time Was Mine To Spend’ features some great acoustic picking set against an upright bass and accordion, and as the protagonist looks back to the past and wishes “he were a little kid again” (an odd concept for a songwriter yet to become road worn or ravaged with cynicism) there’s a really melancholy air. It mightn’t have the most interesting arrangement, but there’s a lyrical twist and, as always, the band of crack session musicians each play with ease and sheer professionalism.

Nearing the end of the album, the Americana brilliance of ‘Particles’ might just represent this album’s best track. Rising from acoustic beginnings, it starts well and then the addition of old style organ and a full country rock band allows Mason to work through a track that’s as fine as any critically lauded Wilco pieces. The production is slick, but the mix still allows the musicians to be heard in a natural way, as if this were a live session. The drums have a gentle echo which breathes life into each bar when meeting the bass, whilst the vocals are very natural. Keen eared listeners will almost certainly spot a brief homage to Dylan’s ‘I Shall Be Released’ in part of the chord sequence – a great touch. ‘Last Time’, a piece of semi-confessional AM radio pop – very much of the Josh Rouse school of tuneage – brings the album full circle. In what is perhaps the most natural setting for Summit, his understated vocal meshes in the most wonderful way with a warm pop backdrop, while Byron’s blankets of electric keys provide a retro cool that evokes a 1970s summer. By the time this plays out, there’s no question what a fine listen this – and, indeed, how superb the rest of the album has been.

This is a record that can be heartily recommended to those whom appreciate the sophisticated retro pop of the charming Josh Rouse, the more laid back end of Ryan Adams’s prolific output (with or without The Cardinals) and maybe even to lovers of Teenage Fanclub’s more Big Star oriented material. If any of those entertain you, then it can be expected that ‘Gunpowder Tracks’ will very quickly find itself in heavy rotation. One of those albums destined to become a favourite with passing years, it’s not only lovely, but also almost perfect. Bravo!