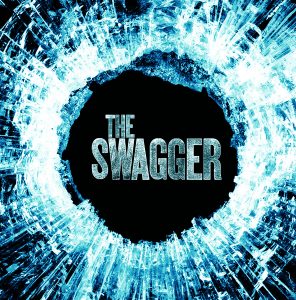 With Swervedriver’s Graham Bonner handling production duties and the band booked into The Kinks’ Konk Studios, the debut EP from London’s self-proclaimed grit-rockers The Swagger already got off to a more than reasonable start. Here is a band rich in influences – not only taking cues from the mod pop of Ocean Colour Scene, to the more raucous elements of The Who and a few heavier and psyched bands, but also taking cues from few UK punk bands along the way. This all results in a chunky sound that sometimes rocks, but more often than not, swaggers, thus dishing back each of the influences in a very cock-sure manner.

Opener ‘Stoned’ rocks a huge riff, grinding a retro sound while heavy drums lay a hefty backline. Its fuzzy psychedelic elements add nicely to the more meat and potatoes hard rock on display and the end result – slightly repetitive guitar solo aside – is a complete throwback to the last of Screaming Trees SST years. So much so, this could easily fit on their all too overlooked ‘Buzz Factory’ long player. There’s not much of a hook to speak of; in fact, Lee Stevens’s voice often seems buried in the mix, with his sense of 70s grit outshone by some hefty guitar work, while in the closing bars, Paul Stevens makes up for the earlier solo by launching into some far busier chops, finishing off an enjoyable opening number. It’s a decent start, but those expecting more of exactly the same might feel a tad let down at first, as the following numbers appear to display a different angle to the band’s repertoire each time out…and while The Swagger show they’re capable of working each respective musical slant quite well, some of the music doesn’t always grab in quite the same way.

The connection with Konk Studios seems at its more obvious during ‘She Gonna Blow My Mind’, a pseudo-mod tune that rattles along – nay, swaggers, of course – in a fashion that resembles a deep cut from a classic Ocean Colour Scene LP; it’s sixties influences looming large, albeit heard through a 90s styled filter. The beats and grooves are defiantly sixties, right down to the vocal phrasing…but in keeping with the opener, the guitars are dirtier. An accessible tune, though predictable, it’s lacking a big chorus but has a major plus in the rhythmic department, as Roger Malaquis shows off an utterly unwavering drumming technique. Fans of the style – Ocean Colour Scene at their more driven, or perhaps Oasis at their least objectionable – could find something to enjoy, but those who were pepped up by Britpop first time around are likely to feel this has been done better by others previously. Many times, at that.

Having made the audience feel the pseudo sixties feel is where its at, the much punchier ‘Keep On Fighting’ cranks out a number with the rhythmic pace of S*M*A*S*H and dials up the tension farther by combining pogo-friendly riffs with a nasal vocal that sneers like a John Lydon demo. A few of the lead guitars are firmly in the hard rock mould and a chorus melody is reminiscent of Neil Young’s ‘Rockin’ In The Free World’, so stylistically its a bit of a mess…but with a bristling confidence everyone powers through with both bluster and volume. Last up, ‘Ride’ works around a dirty guitar riff that’s frighteningly familiar along with a couple of other 70s rock throwbacks, before sounding like an unholy union between Beady Eye and The Who. With some great musical chops, it should have been great…but it all then goes a bit tits up due to a nasal vocal and a needlessly repetitive lyric. There is the basis of a great idea here, but The Swagger seem unable to take it and allow it to grow, leading to a simple idea that’s just that bit too laboured at what feels like a long four and a half minutes.

Overall, this EP falls into that tricky area: it often sounds solid but never really achieves full potential. With The Swagger being relatively strong players on all fronts, it’s made of pretty stern stuff, but it never feels truly remarkable in the way you’d hope something potentially so unshakeable should be. What it represents, of course, is the sound of a band who are tailor made for live performances: while the material here is relatively good, with about twenty times the volume and five times the energy behind it, an improvement is almost inevitable.